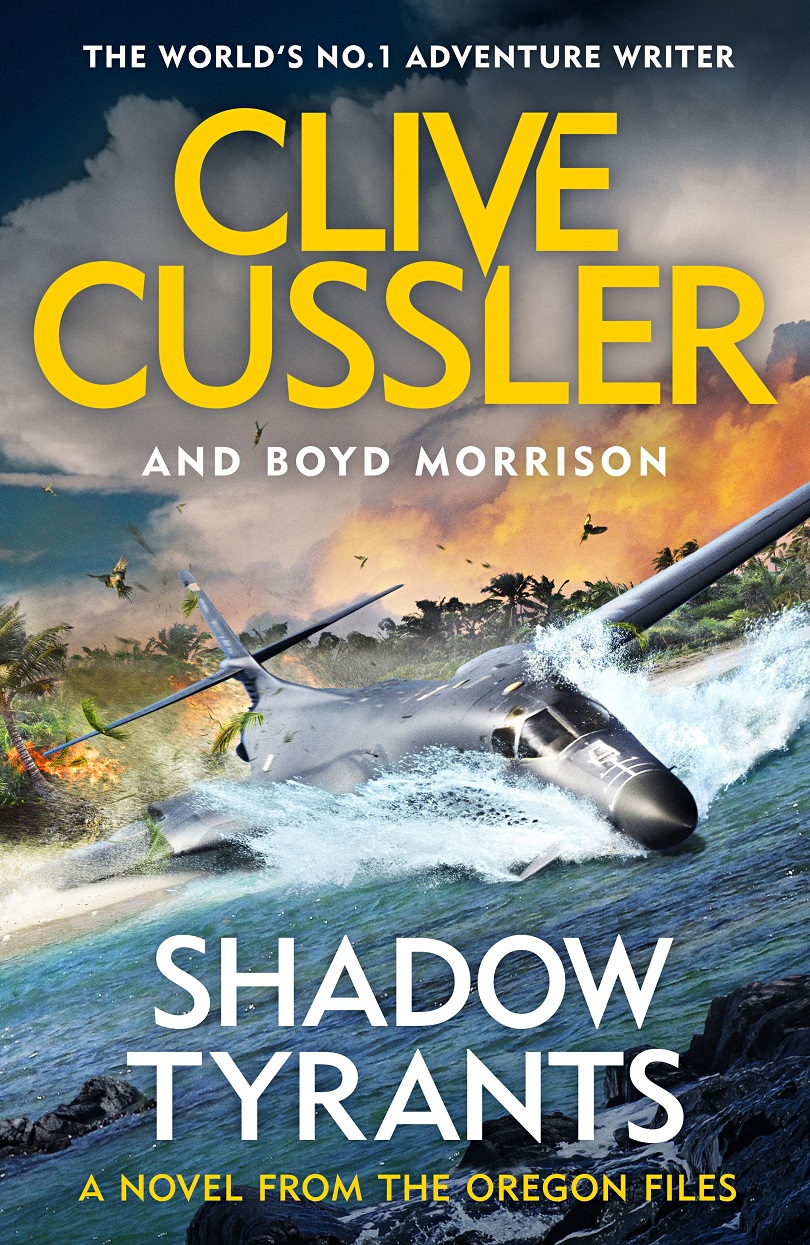 Although Clive Cussler writes to a predictable formula: the bad guys plotting to take over the world and the good guys like Juan Cabrillo, chairman of the Corporation (or Dirk Pitt of Numa), and his team of experts doing their best to thwart the villains’ evil intentions, his books are always great escapism and good beach reads. The Shadow Tyrants written with Boyd Morrison is the 13th book in the Oregon series. If you don’t know by now or have been living in La La Land, the Corporation takes on missions for the CIA and other secret agencies across the globe. And they get paid well for their efforts.  The Oregon is one of the most modern ships afloat with the latest in hi-tech gadgetry; computers; submersibles and it is armed to the teeth, and all members of the team are the best in their field.

On the face of it, the Oregon is disguised as a junk. It’s a wonder that it can stay afloat. Despite their stated mission to save the world the Corporation is a modern day pirate organisation. In Shadow Tyrants they come up against the Nine Unknown, a cabal of nine men, who centuries ago were given the keys to the kingdom, so to speak. Mauryan emperor, Ashoka the Terrible, known for his brutality, had a change of heart when he saw the effects of his violence against the poor and vulnerable.  The ruler gave each of the nine men a separate scroll containing critical knowledge of the physical and social sciences, ranging from cosmogony to the media.  The critical knowledge has been passed down from generation to generation and each of the holders of a scroll of knowledge is immeasurably wealthy. At the first meeting of the Nine they agreed to keep the contents of the scrolls a secret from each other so that any decision taken had to be a collective one. Now eight devise a plan called Colussus that will save the world from lesser minds and make them de facto rulers of every nation on earth. But one of them, Romir Mallik, believes that Colussus would destroy humanity as we know it and he takes steps to stop it. Colussus is an advanced form or Artificial Intelligence that feeds on bio-fuels and once it is fully functional it will be able to think for itself and cause havoc with the world’s cyber network, when everything will collapse. The ace up Mallik’s sleeve is a network of killer satellites. It’s not the only killer around: there’s a female bodyguard who packs a lot more than just a punch. There’s an Iranian assassin who works for Mallik and he wants to avenge his twin brother’s death. There is also a deadly nerve agent, Novichok, which reportedly went down with a ship. A group of academics and IT experts, apparently survivors of a  plane crash,  is being held hostage on Jhoota Island where they are ordered to penetrate the computer network of their respective organisations. The body count mounts as the action ratchets up to the inevitable climax where the good guys save the world from a dynasty of terror, again.