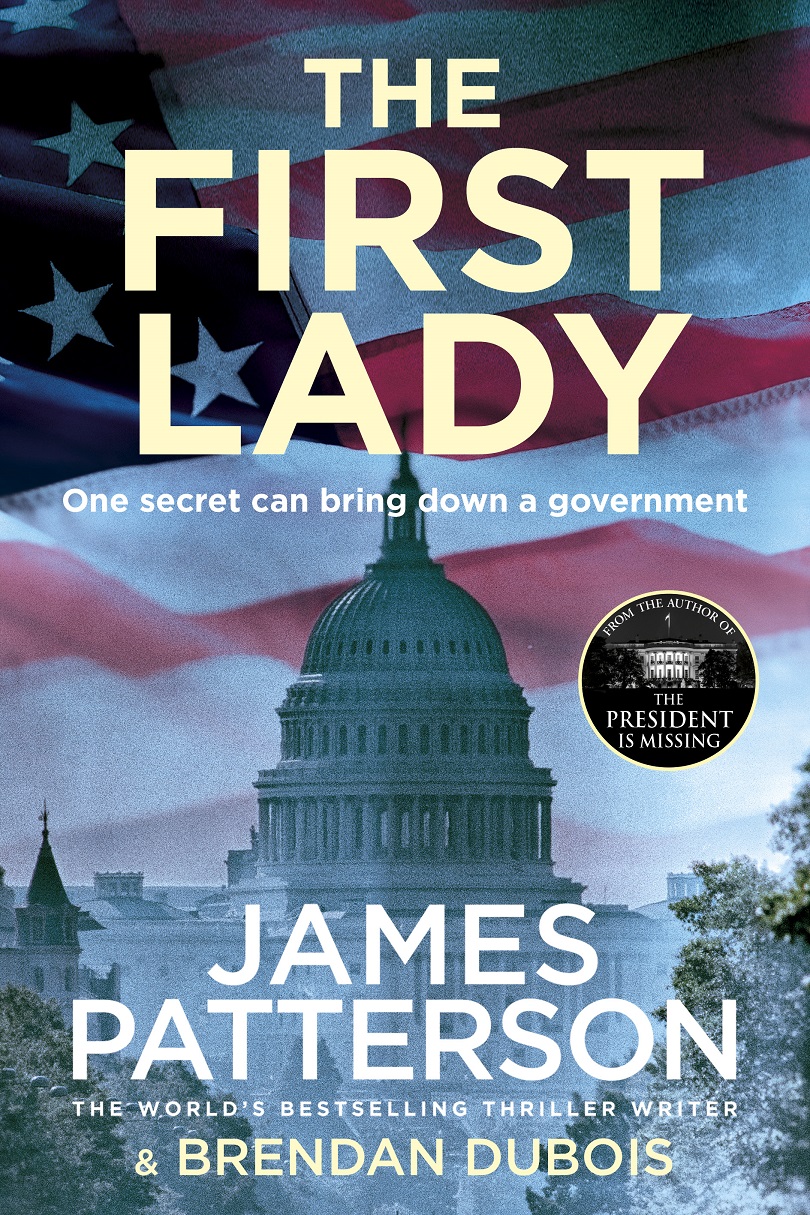 The First Lady is a sort of sequel to The President is Missing written with Bill Clinton (reviewed the Gremlin, July 17 2018) when Jonathan Lincoln Duncan goes missing much to the consternation of his keepers. However, he didn’t really go missing: Duncan went in to hiding to save the nation from a cyberattack dreamed up by Suliman Cindoruk, “the most dangerous and prolific cyberterrorist in the world” and the Sons of Jihad who unleashed his “stealth viper virus”.

In The First Lady, Harrison Tucker, president of the United States and leader of the free world is a step away from being elected for a second term to the highest office in the land, aided and abetted by Parker Hoyt, his slimy Chief of Staff , who have known each other since college. However, their ambitions are derailed when Tucker and his lover, Tammy Doyle, a lobbyist, are ambushed by the Press when they emerge from their Atlanta Hotel.

But Hoyt has a plan to keep the campaign on track. It starts with Harrison making a call to his wife, then going to a retreat, and a day or two later a picture of the pair of them strolling hand-in-hand across the South Lawn before heading for Camp David. Later the White House will announce that the First Lady is furious but she is ready to forgive. However, life doesn’t go according to plan and Grace Fuller Tucker, known to her secret service detail as the Canary (the president is known as Canal) flies the coop.

But Hoyt doesn’t want the public to know that the First Lady has gone missing and he convinces Harrison that it’s the best thing he can do if he wants tp win a second term. The pair summon feisty Sally Grissom, the secret agent in charge of the Presidential Protection Team, and order her to find Canary but keep it under wraps that Grace Fuller Tucker is missing.  Has the First Lady been kidnapped? Or did she choose to fly under the radar after her husband’s affair became public knowledge? The Canary’s finger arrives at the White House lending credence to the abduction theory. While Grissom is searching for the president’s wife, Hoyt is making alternative arrangements to make sure that the First Lady disappears, permanently. And Grissom is ordered off the case. But she is stubborn as they come and despite fears for her daughter’s safety, Grissom ploughs on regardless, heedless of any danger until she finally finds Grace Fuller Tucker. That’s not a spoiler as there are numerous twists and turns in this page turner.

Ingredients include a cold-blooded female assassin and a “secret”, secret agent who is conspiring against Grissom. And as to be expected from Patterson and co-author DuBois, an unexpected twist in the tale.