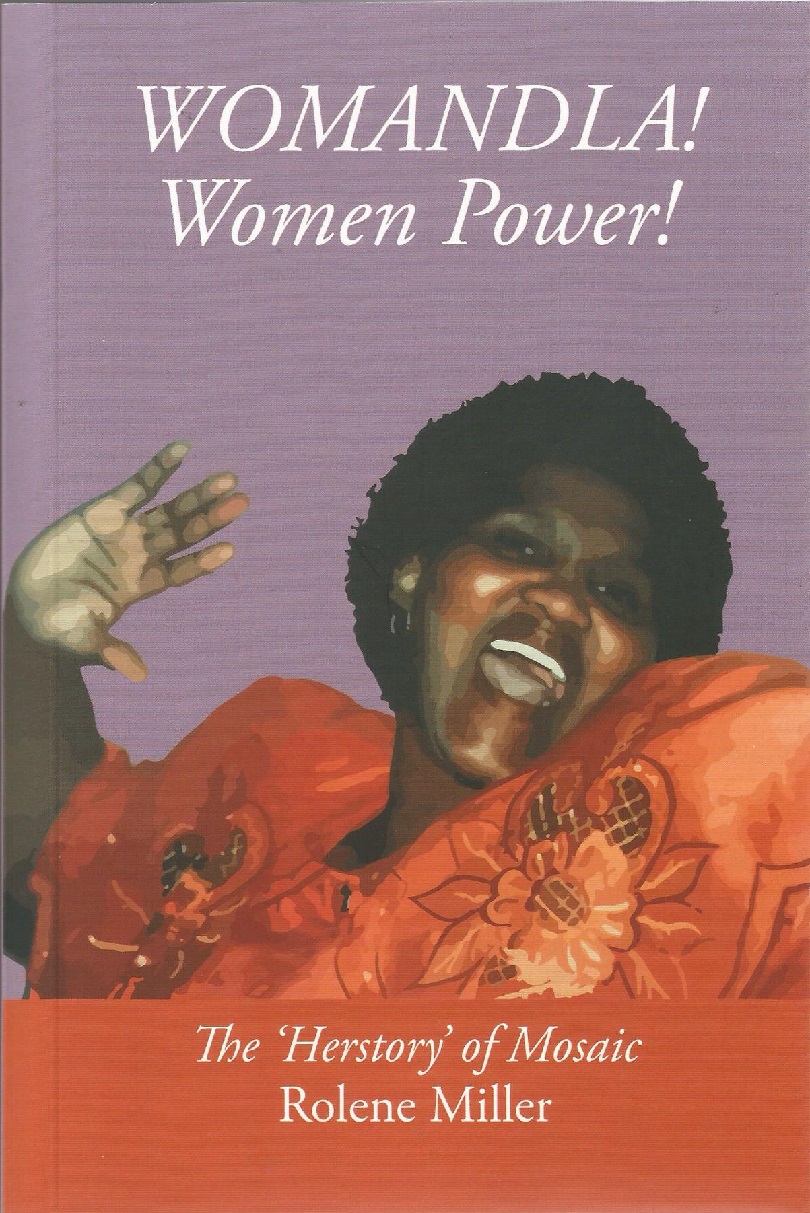 The “Herstory” of Mosaic

Rolene Miller’s dream of establishing an NGO to help fight the scourge of gender violence, especially in poor communities, was almost derailed more than once. If it wasn’t for her determination and resilience to overcome family, financial and professional hurdles, it would have remained a dream – shattered like the broken pieces of a mosaic. However, it is not only her story it is also the story of the people she trained as community workers to teach others how to stand up for themselves.

The idea for Mosaic germinated when at the age of 46 Miller went back to UCT to study for a social work degree. She already had a teaching diploma and a BSc majoring in psychology. During one of the lectures she asked why counselling was such an exclusive service for the privileged. Miller believed it should be free to the thousands of poor women who need help, but can’t afford to pay anything at all. When the lecturer asked, “how do you propose to provide free services for women,?”, Miller replied, “Corporates and government should fund them.”  The lecturer casually replied, “If you want to do it, you do it.”

And she did. Despite all the obstacles that were put it the way. Miller went to London, Canada and America to research similar NGOs in those countries. She also spent time with NICRO (National Institute for Crime and Rehabilitation of Offenders) as part of her practical in her final year and worked with the newly formed Victim Care Team for Battered Women where she gained valuable insight into gender violence.

Many of the experiences Miller had were new to her; As a well-off white Jewish South African she really did not know how the other half lived and her visits to Gugulethu, Langa and Khayelitsha were eye-openers.  She also had to try to understand the backgrounds of the women who first applied to be community workers, while the worksheets she devised with the help of a relative, had to be reworked several times. Her experiences also brought home to her just how divisive apartheid was and the damage it did to everyone.

The official launch of Mosaic in 1993 coincided with the birth of the new South Africa and last year it celebrated its Silver Anniversary and during the past 25 years the organisation has given succour to thousands and thousands of women who have learnt to stand up for themselves in a society where abuse is a pandemic.

Along the way Mosaic aligned itself with several organisations, notably Ikamva Labantu founded by the redoubtable Helen (Lieberman) with whom Miller shared office space in Spin Street.  Ikamva Labantu is 55 years old and Lieberman always provided a sounding board and a shoulder to cry on.

An interesting episode in “herstory” is how the Biehl family “hijacked” funding meant for Mosaic for their own benefit. Peter and Linda Biehl were the parents of Amy, the American graduate student who was murdered in Gugulethu by members of the PAC. The killers were given amnesty. The Biehl’s forgave them and established a foundation to raise funds in Amy’s name for the benefit of the “disadvantaged” in Cape Town. The Biehls, regular visitors to the Mother City, were among the first people to visit the then fledgling NGO and they were at the opening session of Mosaic. They were very impressed and promised to sponsor one trainee. But Miller doesn’t make it clear if they did. The Biehls and Mosaic kept in constant touch. At one point USAID offered to give Mosaic R2 million to fund a course in mental health for nurses who would go to the US for training. Psychologist Michael Jospe, an ex-South African living in America proposed the idea and the project would be an adjunct to Mosaic. But it would be under their control and they would be the beneficiary of the USAID grant. But it didn’t happen and Miller’s disappointment is palpable. The incident is revealing in the light of recent events. The Amy Biehl Foundation changed its name to the Amy Foundation (AF) with the tag line Changing Lives. Late last year the staff of  AF held a protest alleging corruption and mismanagement.  As a result Albert Fritz, MEC of Social Development, implemented a forensic audit claiming that the AF was non-compliant. According to AF’s website it was given a clean bill of health by Fritz. Still, the Biehls’ behaviour leaves a sour taste. Later USAID did an about turn which more than made up for what the Biehls did in connivance with the officials who oversaw the project at the time.

“Herstory” is an emotional one and Miller clearly wears her heart on her sleeve. Womandla is not only about Miller, it is also about the extraordinary women who become community workers and find their own voice. The first group who were accepted for the course were also victims of abuse in its various forms. Their personal stories are heart-rending but through their interactions at the “go-rounds” and in the classroom they become assertive and confident women who have been empowered. Mostly due to Miller who never gives up on her dream or them. Some of the trainees do fall by the wayside.

Rolene Miller also recounts how one woman  refused to allow Mosaic to encroach on her territory. The woman had her own “poor” NGO. She was funded by a foreign donor and was living in an expensive brick house, driving a new car and enrolled her daughter in  a private school. Miller identifies the woman by her first name only. Which is a pity.

Womandla is not just a documentary about an NGO: it is a very moving story and shows that Miller is an acute observer of the human condition with an intuitive understanding of what motivates people and makes them behave as they do. As an added bonus it is a handbook for any social science student.

In its 25th year (2018) Miller, mainly because of health problems which she has since overcome, reluctantly handed over the reins of Mosaic to a new and equally competent board of directors. The scrapbook she was presented with included tributes from staff and other people who were touched by Miller and Mosaic.  The messages say it all. She left Mosaic after suffering a stroke from which she has recuperated. It was G-d’s way of telling her to slow down, she thought.  Her faith also shines through on every page and all meetings opened and ended with a prayer.

Miller’s legacy is Mosaic and women and staff she empowered.

But her work wasn’t done yet. Hilda, one of her community workers, wanted to start a service to “stop abuse at the source of the abuse – men”. And so Samila was born and registered as an NGO in 2006.

It is different from Mosaic but it uses the skills that Miller so painstakingly passed on to her band of community workers who became healers, leaders and trainers.

The name Mosaic aptly symbolises the ethos of the organisation: broken pieces of abused women’s lives will be put together to create a beautiful and whole life for themselves.

Womandla! is a tribute to the power and determination of  women the world over.