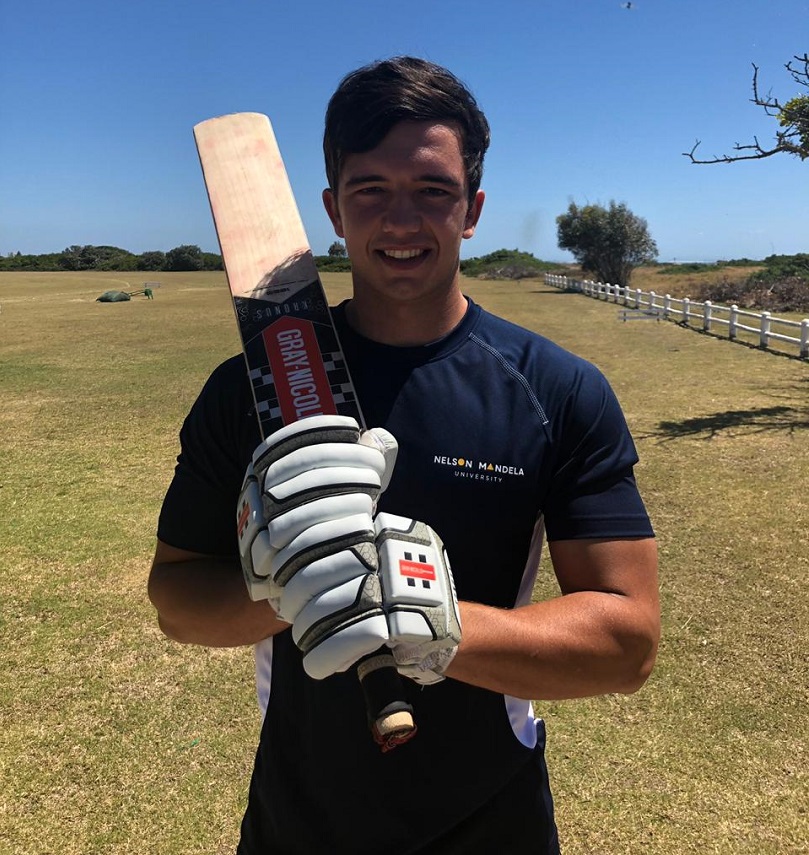 The Madibaz cricket team will be aiming to capitalise on their thrilling league victory by qualifying for the national club championship in the Eastern Cape play-off in Port Elizabeth on Saturday.

The Nelson Mandela University outfit will meet Fort Hare University at the Madibaz Oval to decide who will represent the region at the CSA Momentum National Club Cricket Championship in Pretoria from April 13 to 17.

Skipper David Masterson’s side were crowned Nelson Mandela Bay premier league champions in the tightest of finishes to the season when they defeated Madibaz 2 on Monday to edge Gelvandale for the title.

Masterson said they were relieved at the final outcome.

“We are extremely hard on ourselves when it comes to the league because we set ourselves the goal of winning it each year,” he said.

“When we don’t it’s very disappointing. So obviously we were a happy camp, but relief was probably the main feeling.

“However, credit must go to the other clubs for their efforts this season because it was a real challenge right until the end of the programme.”

Looking ahead, Masterson said they had their full attention on the play-off with Fort Hare.

“Last year we went down narrowly to them in the decider, so this time we are determined to make up for that.

“There is still plenty of motivation in the squad, even though we will be missing some key players, who will be at the CSA Future Cup this weekend.

“But we need to back our squad. We haven’t been to club champs for a couple of years so the desire is there to make it this year.”

The skipper added that winning the league was an important achievement for the Madibaz club.

“It’s a big thing for us because it means we have completed the goal we set ourselves at the start of the season.

“In addition, it shows that Madibaz is a strong breeding ground for future stars, as demonstrated by the number of players from the varsity who have ended up playing for the EP team.

“We have a very young squad at the moment, which is promising for the future, and hopefully we can continue to attract more youngsters to the club.”

Masterson ended up as the highest run-scorer and Avilo Thiso was dominant with the ball.

But he emphasised that their ultimate success was due to a big effort across the board.

“There were strong contributions from all players during the season and, all in all, it really came down to a proper squad performance.”

CAPTION: Madibaz cricket captain David Masterson will lead the team against Fort Hare University in the Eastern Cape play-off at the Madibaz Oval in Port Elizabeth on Saturday. The winners will qualify for the Momentum National Club Cricket Championship in Pretoria from April 13 to 17. Photo: Supplied