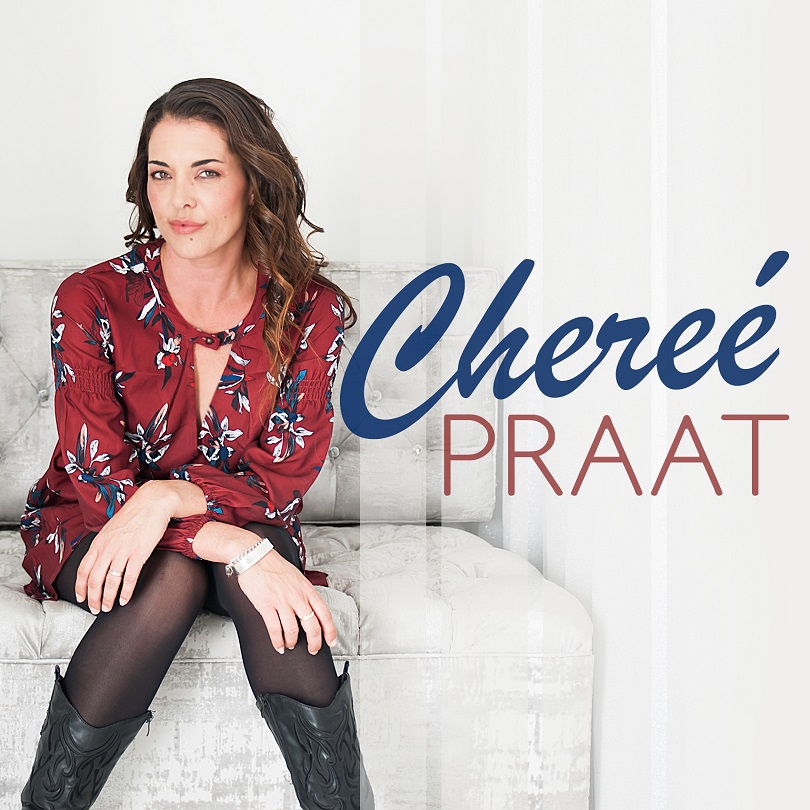 We live in a time where the world is more connected than ever. Yet, we seem to have lost the art of conversation and truly engaging with one another on an emotional level.

In her brand new single, PRAAT, local singer Chereé addresses this issue. It’s been 10 years since her last solo album, and South Africa’s own Country Girl has a lot to say.

“I wrote this song because I feel that people don’t really talk to one another anymore,” she says. “I wanted to remind people that they are never alone, and that prayer is powerful; if you have nobody to talk to, He is always there to listen.”

The song stems from a very personal experience. “A friend once typed up a letter in which she told me everything I was doing wrong in our relationship. She sat next to me while I read it, and although I was grateful for her honesty, I was angry that she never talked to me about the issues. On my way home that day I got the inspiration for PRAAT and, by the time I arrived at home, I had nearly finished the lyrics.”

When she reviewed the lyrics, she realised something. “Every word in the song carried a message that I wanted to share with my husband, my children, my family and my friends – that they are never alone. We live in an age where technology has taken over and we have stopped talking. It is the biggest mistake in any relationship. We must talk about things, good and bad.”

As her first self-released track, Chereé is immensely proud of PRAAT. However, it is because of the powerful message it conveys that she has chosen to release it as a single. “For me, personally, the song carries a powerful message and I hope that everyone who listens to it will take something away from it. I want people to know that they are never alone.”

Chereé believes that the song will truly resonate with people. “In PRAAT I share a piece of my heart, and I believe that my message will ring true for many people,” she explains. “While everyone will be able to associate with the theme of the song, it will have a different meaning for each person. Ultimately, I want the song to make people think and feel.”

Production for PRAAT was done by Vaughan Gardiner and Hugo Ludik, and the result is an upbeat, catchy pop tune that you can listen to over and over.  It is the first single of Chereé’s new – and yet unnamed – album, due for release on 31 May 2019. While it will have an overarching country feel, the album will also include several pop songs to broaden its appeal.

PRAAT is the perfect addition to any music lover’s playlist and one of her best songs up to date.

The single is available on all digital platforms and can be purchased here: https://umgafrica.lnk.to/praat