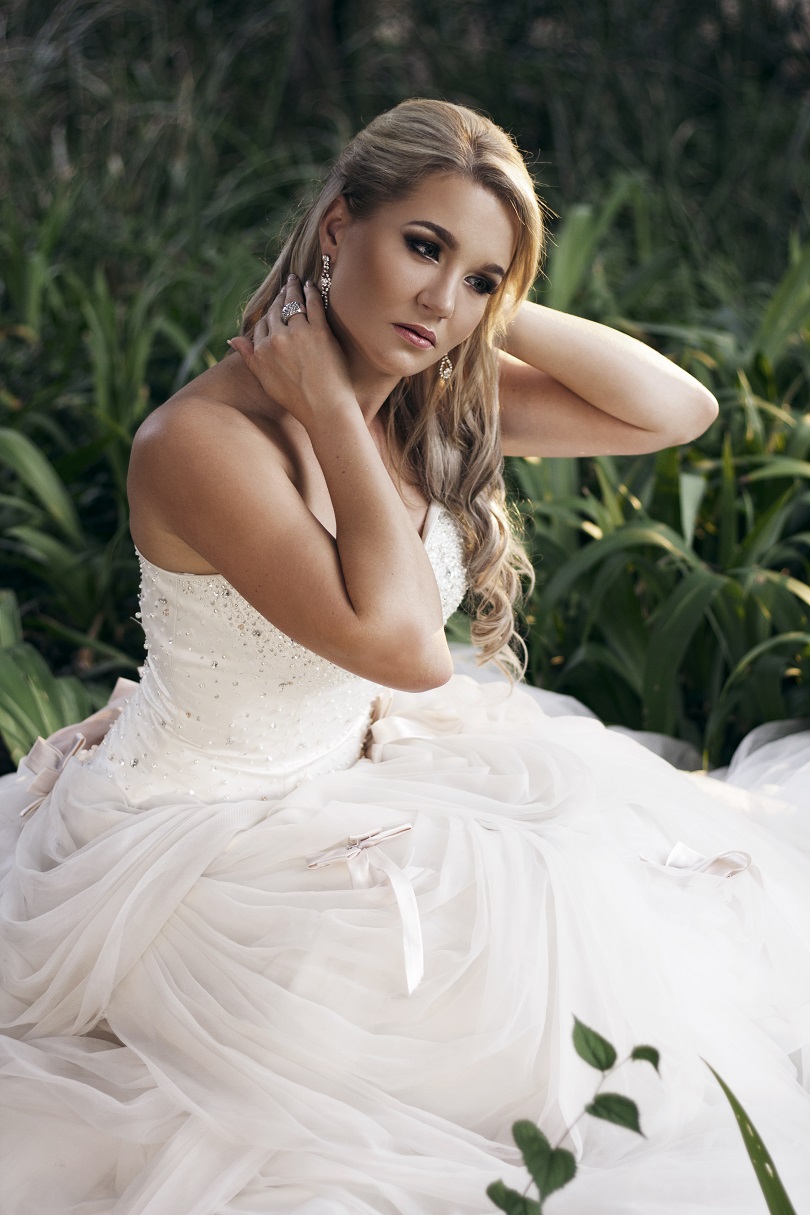 The music video of Valeska Muller’s latest electronic pop single, SKYN JOU LIGGIE VIR MY, has just been released and has caused quite stir on social media… and with good reason, because in this powerful tale she not only wins an intense battle with herself, but also impresses with her acting skills throughout the video.

“From the beginning of the video, you can see running through a dark forest (symbolic of my subconscious) me in my pyjamas (symbolic of my vulnerability) with a blue lantern. Every now and again there are flashes of a dark figure chasing me, which represents all the bad and painful things of the past. Somewhere in the middle, I stumble and fall. Bloody and bruised, I continue singing like a bright light in the dark. Although I am injured, I was able to conquer the dark after I was able to accept my own darkness,” the singer shares about the concept behind the video.

“One of the most important things that I have learned about life, is that you can only conquer the outside world if you are at peace on the inside. That is how I am able to shine – by confronting the dark and accepting it as part of my life. At the end of the video I am able to accept the dark and broken pieces of my past, by realising that I am no longer a victim of negativity. That I can choose to be who I want to be and treat the source of my unhappiness. And that I can only be free by shining my inner light,” she adds.

This gripping tale, was filmed by Nic Billington in the woods at Casalinga in Muldersdrift and also includes some shots that were taken in front of a green screen. “I portray all the different characters myself and it was a challenge to play these various roles who have to meet up at the end,” Valeska reveals. Her hair and make-up for the video was done by Kaila Botha and Louis, Marika and Esti Opperman were also there to ensure that there were no problems on the day.

SKYN JOU LIGGIE VIR MY, the second single off her coming album. The song, created with producer BIGG-T, has already been very well received by the public and radio stations and boasts an upbeat tune and a powerful message. “The song reminds me that I can make a difference by letting my light shine for others. Everyone has a darkness in their past. By confronting it, you dispel the darkness and become free from the hurt. Never give up, remember the darker your situation, the brighter your light will shine,” says the musician.

Valeska, who owns her own music school – Valeska Muller Vocal Academy (VMVA), has been working in the music for the past nineteen years and credits being part of the Top 7 contestants on the reality program, Zing, as one of the biggest highlights of her career. A tragic accident during press night of the stage production, Sexy and the City, nearly destroyed her dream, but she never gave up. Since then she has had lead roles in various stage productions and made appearances in various television shows, including Generations, Roer Jou Voete, One Way and Binnelanders. One of her songs were also used as the theme song for the Via TV program, ’n Ster Vir My Bed. Over the years, she has performed at different functions and at some of the country’s biggest festivals, including a performance for King Swandile at the Royal Swazi Sun, Aardklop, Innibos, The Mulberry Festival, KKNK and more.

Her latest single and music video has inspired Valeska to launch a platform for listeners to share their stories. If you have had a moment in your life where you were an inspiration to others, please share it on her page with the hashtag #SkynJouLiggieVirMy.

SKYN JOU LIGGIE VIR MY is available for download from various platforms, follow the link for more information: https://imusiciandigital.lnk.to/TAvlt