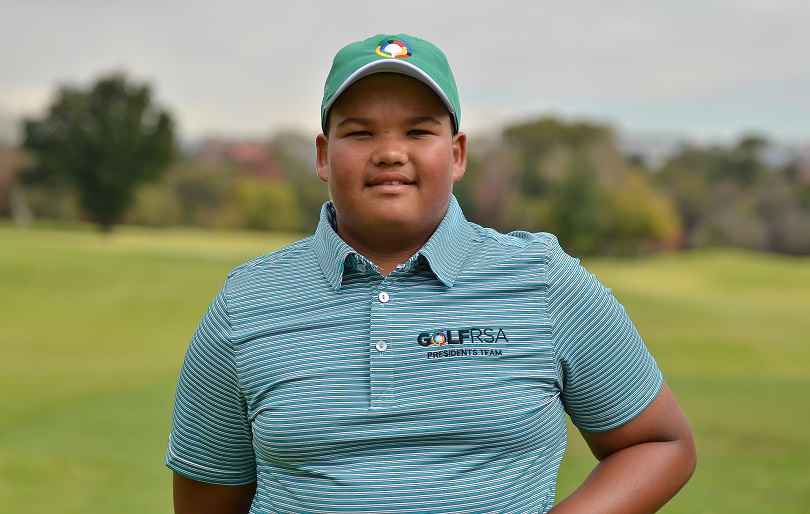 CAPE TOWN, 8 April 2019 – South Africa’s top amateur male golfers will once again test their mettle on a demanding tour to the United Kingdom and Ireland as the GolfRSA National Squad seeks to emulate its successful 2018 trip.

Last year’s squad bettered all expectations when they returned with three big international wins, a handful of top 10s and plenty of invaluable experience of playing golf in foreign conditions against the world’s best amateur golfers.

In total, 11 of the country’s most promising amateur golfers will participate in the 2019 tour, thanks to a generous donation made by businessman Johann Rupert.

The tour kicks off in May with South Africa’s top four-ranked players at the time of selection paying a visit to Dublin, Ireland, to get an early taste of Portmarnock Links and The Island Golf Club – the two courses that will host the 2019 Amateur Championship.

Wilco Nienaber, Jayden Schaper, Luca Filippi and Therion Nel will get in some valuable practice at the host venues as South Africa looks to defend the Amateur Championship title won by Jovan Rebula at Royal Aberdeen last year.

The quartet then moves across the Irish Sea to Leeds and the Alwoodly Golf Club for the English Men’s Stroke Play Championship, also known as the Brabazon Trophy.

South Africa has enjoyed recent success in this event, with Kyle McClatchie winning in 2017 and Nienaber narrowly losing out in a playoff for the title last year. Other former champions from South African include Charl Schwartzel, Craig Rivett, Richard Kaplan and Neville Sundelson.

Another group of seven GolfRSA National Squad members will begin their tour in Ireland at the East of Ireland Championship – an event won by South Africa’s Christo Lamprecht last year.

The Southern Cape golfer became the youngest winner and first foreign champion in the 76-year history of this prestigious event with his wire-to-wire victory at the Baltray Links.

Lamprecht is unable to defend his title due to schooling commitments, but a strong squad consisting of experienced tourists and squad rookies in Junior Open Championship winner Martin Vorster, Matt Saulez, Sam Simpson, former English Under-14 Amateur champion Casey Jarvis, Yurav Premlall, Christiaan Burke and Jordan Duminy will be eager to add their names to the trophy.

The East of Ireland Championship will be played at County Louth Golf Club, with players also enjoying a practice round at Portmarnock – further preparation for The Amateur Championship – before the event tees off.

The remainder of the squad returns to Ireland for The Amateur Championship, where the group enjoys a full week of preparation before the big event.

In an exciting finale to the tour, players who qualify by virtue of their world amateur ranking will make their way to Diamond Country Club in Austria to compete in the European Amateur Championship.

“Following a very successful tour last year, players are looking to match these achievements,” explained GolfRSA CEO Grant Hepburn. “We have an exciting mix of established and up-and-coming talent in this touring squad and we are very fortunate to be able to give them the opportunity to play international events, in unfamiliar conditions and against the best amateurs in the world.

“We are massively grateful to Mr Rupert for the initial donation that helped set up the National Squad and for the additional funding received this year that will allow us to continue to provide this platform for the next few years.

“Thanks to the excellent work done at club and union level, South Africa has a rich history of competitive junior golfers and it is from this deep pool of talent that we draw players who make up the squad. Providing these playing opportunities is the important next level of development for these players.

“The experience of playing overseas events not only broadens their horizons but gives them a realistic sense of how they measure up against top international competition and which areas of their games they need to improve.”

Note: The tour itinerary is a provisional one and is subject to change.