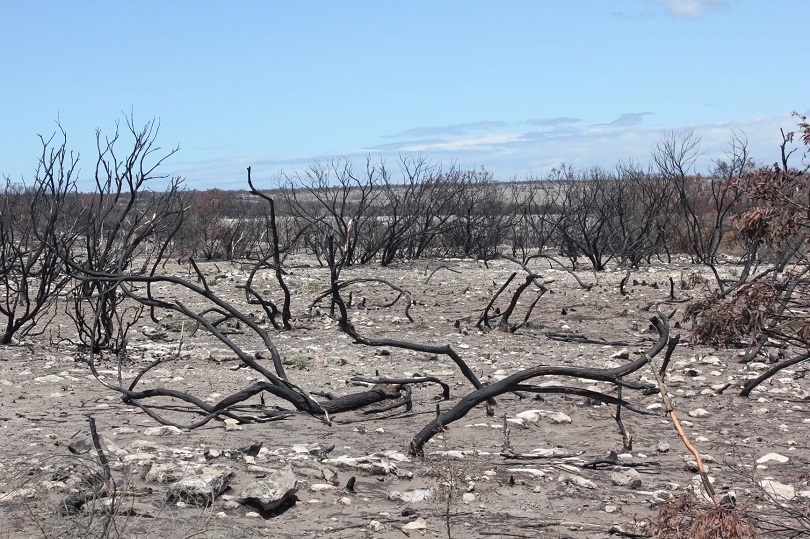 “Much has happened in terms of regional disaster prevention and management since the widespread destruction caused by the 2017 Knysna and Plettenberg Bay fires, not to mention the 2018 devastation of some 100 000 hectares along the Outeniqua Mountains, Still Bay and Vermaaklikheid, claiming still more lives and causing untold damage to the regional economy,” says Viljoen.

At a recent workshop hosted at the Nelson Mandela University’s (NMU) Saasveld Campus, options were discussed to generate funds sufficient to address and reduce risks associated with invasive alien biomass in the Southern Cape landscape. In dealing with the aftermath of the respective fire disasters, the Executive Mayor of the Garden Route District Municipality (GRDM), Councillor Memory Booysen, was quoted as suggesting a tax on landowners to generate funds for invasive alien plant biomass reduction on the landscape. This was merely a discussion point and what was meant by his point-of-view was that we should be open for a debate on how we, as a collective, can become more prepared for future disasters.

Booysen pointed out that there was general agreement that much more must be done by both landowners and authorities to reduce risks if we were to safeguard the region from a recurrence of the 2017 and 2018 fires.

The proposed 7 June Fire Commemoration seminar will look at the overarching research and strategy development that has taken place over the past two years regarding environmental risk reduction in the region, and the physical measures that have been implemented. The seminar will also provide a roadmap of what is planned for the region in the coming months.

Further announcements on the seminar will be made in due course and information will be published on the GREF website: https://www.scli.org.za/GREF/ closer to the event.

Photo Caption: The countryside near Vermaaklikheid resembled a lunar landscape following the devastating wildfire in 2018. The recovery of vegetation in the Southern Cape – following the devastation of some 100 000 hectares in 2018 – is a matter of concern where black wattle and other invasive alien plants are making an unwelcome appearance on the landscape.