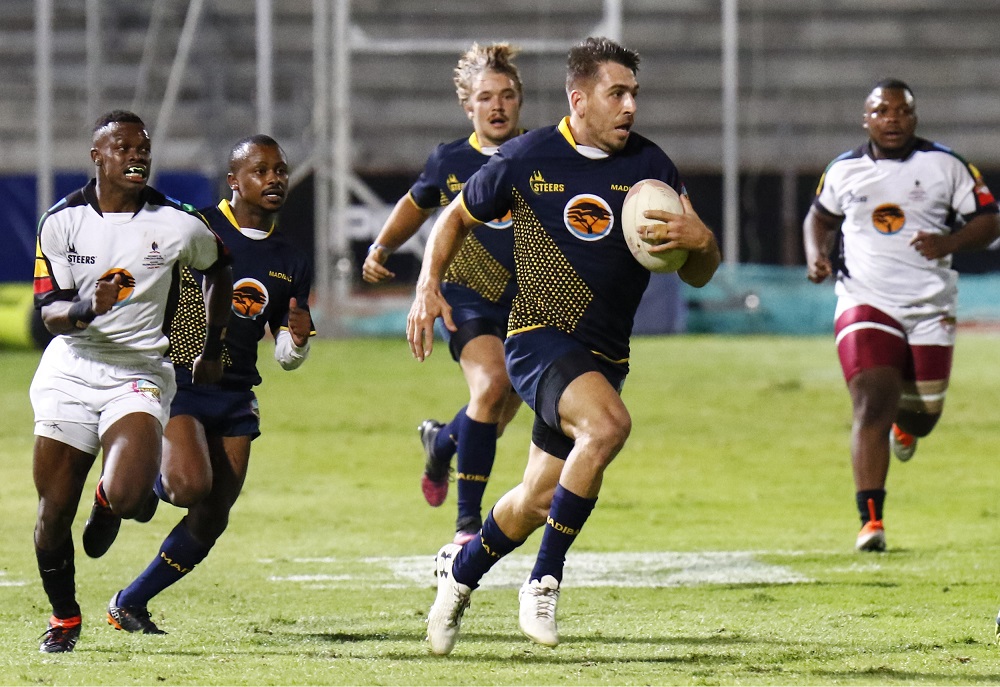 FNB Madibaz rugby captain Riaan Esterhuizen wants his team to emulate their defensive display in the semifinals when they face Cape Peninsula University of Technology in the FNB Varsity Shield final on Thursday.

The match will take place at the Madibaz Stadium in Port Elizabeth, kicking off at 6.15pm.

It will feature the top two Shield teams this season after the Nelson Mandela University outfit went through the round-robin phase unbeaten and CPUT lost just once – to their PE rivals.

The Madibaz won their head-to-head encounter 38-21, but Esterhuizen said they were well aware of the attacking abilities of their opponents, which would test their defensive systems.

“I think we did really well on defence in the semifinal against University of KwaZulu Natal, not conceding a point,” he said, referring to last Thursday’s 46-0 win.

“But we know that CPUT are a quality side and have registered a number of high scores against other teams. That shows they have a good attack and our defence will need to be on point again.”

He added that the Cape team liked to play at a fast tempo, but backed his team’s structures to cope with what lay ahead.

“The guys’ hearts and attitude are in the right place for defence, as we showed against UKZN, and we will be ready for their tactics.

“In the first game of the season they showed their intentions with their fast play and quick taps. It is similar to how UKZN play, so we know we need to be prepared for that.”

Although many of the players in a relatively young team have not appeared in a play-off before, Esterhuizen said they were excited about the opportunity.

“It’s true that we don’t have a lot of experience in these sorts of matches so we don’t quite know what to expect.

“But the guys are confident enough to put up a good performance and not let anything distract them.

“The fact that it is a final doesn’t mean we need to change anything. The stage is a bit bigger, but the strategy we have followed in winning seven games is not going to change.

“Our focus will remain on what our jobs are and how best we can execute our strategy. That has been the recipe for our success this season.”

The Madibaz skipper added that they were looking forward to playing in front of their home fans.

“Our supporters have really come out in their numbers to back us – especially the students from the residences, as well as family and friends,” said Esterhuizen.

“It’s awesome to have that support and the final gives us another opportunity to play some good rugby and repay them for the faith they have shown in us.”

CAPTION: FNB Madibaz rugby captain Riaan Esterhuizen goes on the attack against University of KwaZulu-Natal in their FNB Varsity Shield semifinal last Thursday. Madibaz won 46-0 to qualify for the final against Cape Peninsula University of Technology at the Madibaz Stadium in Port Elizabeth on Thursday. Photo: Michael Sheehan