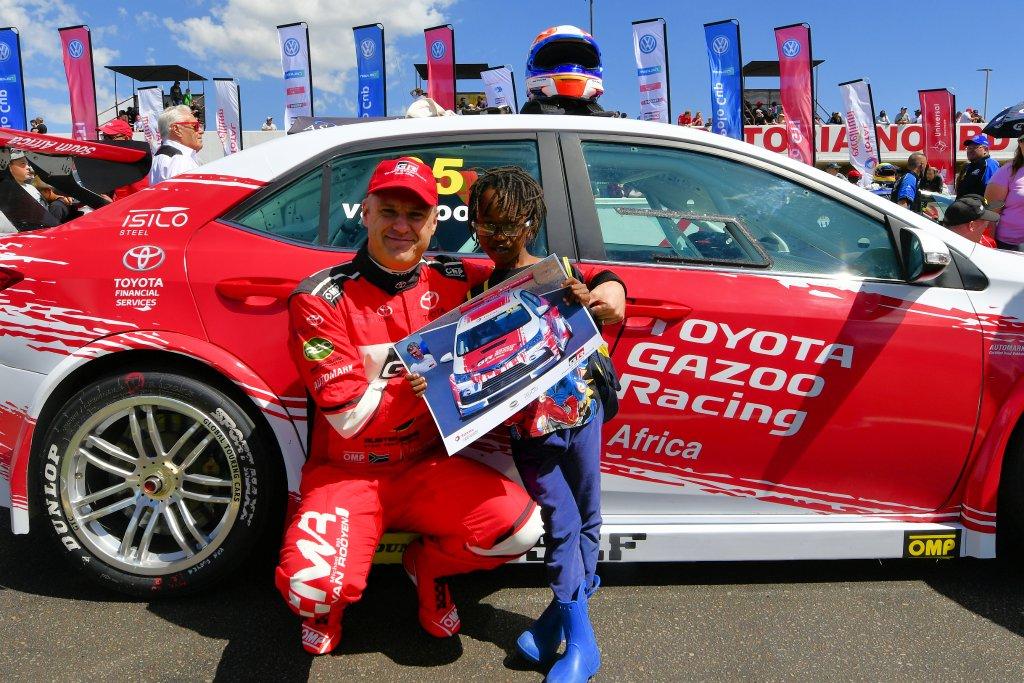 Brian Joss – It was a weekend of mixed results for Toyota Gazoo Racing SA’s Michael van Rooyen, when he took to Zwartkops Raceway for Round 2 of the 2019 GTC on 5 April, 2019.

This was only the second outing for the new Toyota Corolla GTC car, after scoring points during its maiden outing at Dezzi Raceway earlier this year.

Van Rooyen looked exceptional during the Friday practice sessions, setting some of the fastest times on the day, despite the wet weather that dampened proceedings for most of the competitors.

“I relish racing in poor weather conditions,” said Van Rooyen of the Friday sessions. “Everything just felt right, and I managed to set some really fast times.”

But then, during official qualifying, Van Rooyen experienced brake issues, and as a result he posted the seventh-fastest time on the day – 1.1s off the pace set by Audi’s Simon Moss.

“It was extremely disappointing to qualify so far down the grid,” said the Corolla driver. “Especially after such a good show during practice. The worst was that we weren’t sure where the problems lay, and couldn’t quite get it sorted for Race 1.”

Despite the short track, which traditionally offers limited passing opportunities, Van Rooyen managed to improve from 7th on the grid to 5th place by the end of the first race. And things improved markedly for Race 2.

“The reverse grid gave us the opportunity to score some points, and the Corolla certainly didn’t disappoint,” said Van Rooyen. “I started in the middle of the pack, and again moved up two positions.”

It took just two laps for the Corolla driver to go from fourth on the grid to second place, but the race was red-flagged due to a crash further back.

As a result, the race was restarted, and Van Rooyen had to do it all again.

The Rustenburger proved that his success earlier was no fluke, by again moving up two spots soon after the restart.

This saw the Toyota Gazoo Racing SA driver take the chequered flag in second place, securing a third place in the overall standings for the day.

Round 3 of the 2019 GTC is set to take place on 11 May, 2019 at Killarney in Cape Town. “We’ll make 100% certain that the brakes are suited for the Cape, and we’re hoping to score more meaningful points on the next round,” concluded Van Rooyen.