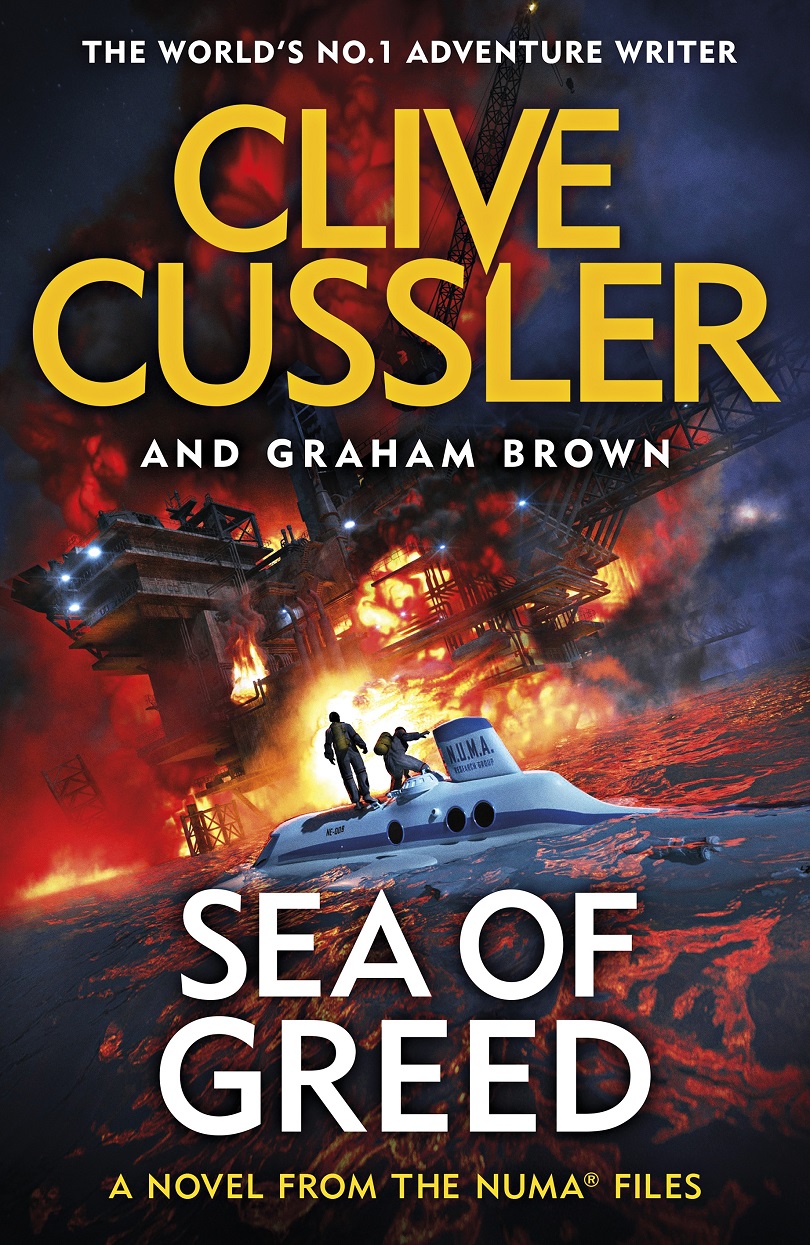 A novel from the NUMA Files

It’s the National Underwater Marine Agency (NUMA) to the rescue again. In this 16th thriller featuring Kurt Austin and his team the enemy is the reclusive but brilliant and wealthy Tessa Franco who is planning to take over the world’s energy needs with a device she has designed and built. But first she has to destroy the planet’s oil supplies. Her accomplice is the shady and shadowy Arat Buran who is involved in the oil business. In the 1960s , scientists involved in a top secret Israeli-French project based on a Mediterranean island, develop a bacteria that feeds on oil and leaves a thick scum that blocks the wells. The pair rediscover the bacteria and plan to infect the wells, which will cause oil prices to soar. And Buran, with his uninfected supply, will corner the market and Franco will sell the alternative energy device (AED) she designed. Franco has spent billions on developing the AED and is almost bankrupt and she is banking on Buran to dig her out of the hole. But as we know, life seldom goes according to plan, especially when NUM is involved. The bacteria went down with two submarines, which vanished in to the Med. It is believed that an antidote is on board one of the submarines. Will Austin be able to find the submarines and the antidote? Will he be in time to stop the disaster that’s staring the world in the face? The usual players feature in the Sea of Greed: Austin’s closest friend, Joe Zavala; Hiram Yaeger, resident computer genius; St Julienne Perlmutter, world renowned marine historian and gourmet chef; and a new player, wheelchair-bound Priya Kashmir, lead member of the technology team and it seems as if something is brewing between her and Zavala. Anyone who is a Cussler fan will know that the good guys will win. It’s a foregone conclusion. Still, it’s great fun to see how they outwit the bad guys, even with a bunch of killers on their trail. Cussler is a best-selling author and for good reason, he (and his co-writers) always deliver a cracker of a read.