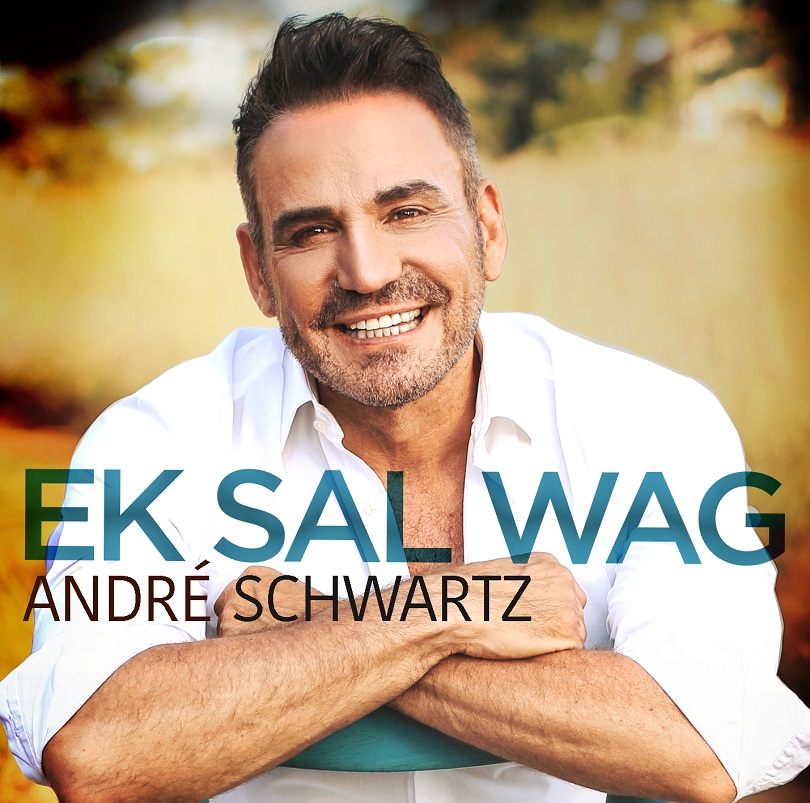 A superstar is described as a person or performer who enjoys wide recognition and is esteemed for exceptional talent. South Africa, while abundant with talent, boasts only a handful of superstars – and André Schwartz is one of them.

The acclaimed singer, songwriter, stage performer, actor (Sterlopers, 7de Laan) and television presenter, who is undoubtedly one of South Africa’s most talented and accomplished entertainers, is making waves with his brand new single, EK SAL WAG, which is the second single taken from his upcoming studio album that will be released on 19 July 2019.

The track can be described as a pop song with an old-fashioned yet contemporary feel. Written by Hanmari de Wet, a kykNET Afri-Visie winner, the song is about having unshakable faith in love. It conveys the message that if there is hurt, there can be healing, and to fight for and believe in what you want. “I was drawn to this song when I first heard it because of the beautiful lyrics and melody, but also because of the story it tells … the message,” explains André.

This sentiment ties in with one of his core beliefs – that music should tell a story and connect with audiences. “Everything must tell a story. If you perform a song on stage, there must be a reason for it. Sure, people must enjoy the tune, but they must also identify with the emotion and message.”

As to how the song will be received, he feels that he believes that it will have broad appeal as its message is universal. “We’ve all had to overcome difficult obstacles, but the power doesn’t lie in walking away without solutions. We must face the demons and the angels,” he says.

EK SAL WAG will be complemented by a music video with a rather unusual angle with concept by André and directed by Christiaan Wolf.  The video will be released on 10 May 2019.

“The story is ‘told’ by children playing with dolls. I wear the same outfit as one of the dolls, and there is a constant shift between the children’s fantasy world and reality. The video portrays the innocence of children who, through play, are able to manipulate life, but it’s really a gaze into their future reality. It is pure cabaret set against a seemingly naïve song,” explains André.

Music has been a part of André’s life from a young age and he made his television debut at fourteen. He is classically trained, both vocally and as a pianist, and is therefore equally comfortable behind the piano and microphone.

As a recording artist he has released fourteen albums, of which many have reached gold status, and has written and composed several of his radio hits himself. He is best-known for songs like Ek wil jou nooit weer sien and Lief vir alles hier, as well as his ability to captivate and entertain audiences with his charming and lively stage personality.

He is also an extremely gifted music theatre performer and has starred in leading roles of many world-class productions, including Joseph and the Amazing Technicolour Dreamcoat, Jesus Christ Superstar, Pirates of Penzance and The Phantom of the Opera. He received various awards for his performance as ‘The Phantom’ and is acknowledged as one of the best ‘Phantoms’ to ever grace the stage.

Despite all this experience, André believes that the entertainment industry has a lot to teach artists – even those who have been in the game for a while. “When you’ve been in the industry for some time, you start wondering if you are still relevant. To remain relevant, you must ensure that you fully understand contemporary genres, and you must learn from those who are younger than you. Of course, in turn, you must also impart your knowledge.”

With such an illustrious career, choosing a single career highlight is not easy for him. “Each new release is a high and it is an amazing feeling to hear that your songs are doing well on the radio,” he says, “but, my first Afrikaans CD and my role as ‘The Phantom’ will always have a special place in my heart.”

One of the aspects that makes André such a remarkable artist is the fact that his talents are multi-faceted. In addition to working on a new album – the first single, Tweede Kans, was released last year – he is also reviving the live performance part of his career with an exciting new show called Die Pad.

Described as a joyful yet nostalgic journey through the life of this incredible musician, it is a veritable feast of singing, speckled with anecdotes from André’s past and present, and showcases his phenomenal talent – especially his incredible opera singing voice. It’s easy to see why he carries Andrew Lloyd Webber’s stamp of approval.

“Die Pad is aimed at sharpening people’s perspective on and appreciation for life and the stories are filled with humour and positive thoughts,” he explains.

EK SAL WAG not only showcases André Schwartz’s incredible versatility, but is also one of those songs that – like the artist – deserves a prominent place in the history of South African music.

The song is available on all digital platforms and can be purchased here: https://umgafrica.lnk.to/eksalwag