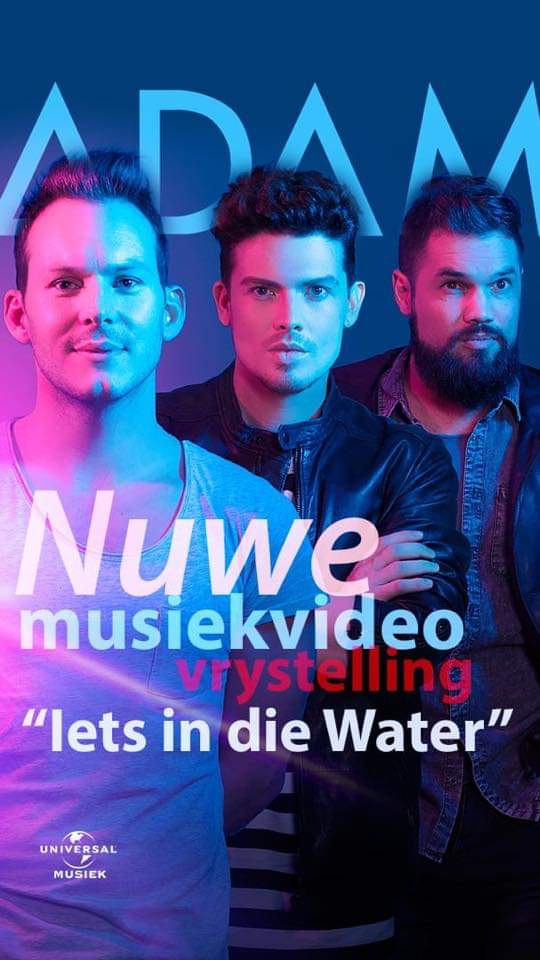 The popular group, ADAM, who just got nominated for a Ghoema award in the Best Album by a duo or group category, have released a music video for their most recent single, Iets In Die Water.

The video was shot on location, with scenes taken at Hugo Ludik’s studio in Roodepoort and Follicle Hair in Pretoria. The music video was directed by the groups’s own Kyle Grant and produced by RM Productions.

“The video is a combination of ADAM having fun while recording the song in-studio with a few beautiful girls playing with balloons, celebrating how beautiful South African girls are. Samantha Leonard from The Voice SA 2017, also gave input with directing the video,” explains Kyle.

“So many beauty pageants have been won by South African girls and with ADAM touring all over the country, we realised that South Africa really has the prettiest girls. The only explanation we have for this, is that there must be something in the water,” Hugo added.

Iets in die Water is available on ADAM’s new album, Bewe, that was released during 2018.

The 2019 kykNET Ghoema awards is one of the music industry’s biggest and most glamorous events. The Ghoema Awards will be taking place on 17 April 2019 at the breathtaking Sun Arena at Time Square Casino in Pretoria. Tickets are available from Computicket.