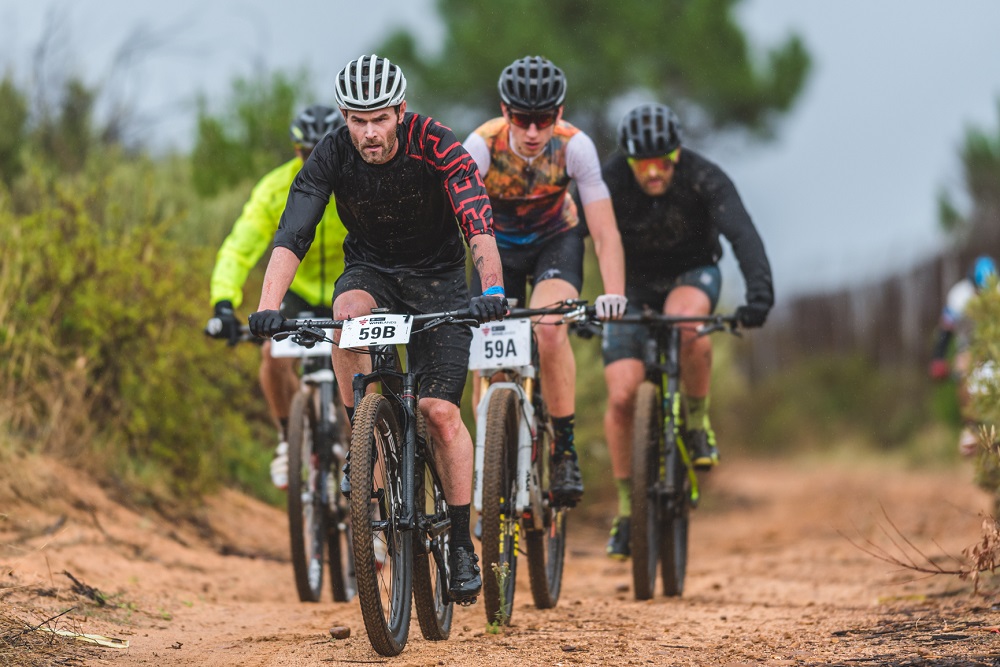 Young Stellenbosch rider Hennie Roux gave himself the perfect birthday present when he partnered Waylon Woolcock to victory in the Liberty Winelands Encounter in the Western Cape today.

Roux turned 20 yesterday and celebrated in style with his first major stage race success when the three-day mountain-bike event ended at the Nederburg Wine Estate in Paarl.

The pair won their third straight stage when they finished today’s 50km route, which started at Le Franschhoek Hotel, in 1:52:49 for an overall time of 5:52:44.

The final-stage runners-up were Renz Rezelman and Thor Hansen, followed by Cobus Swanepoel and Neville Cragg.

The latter team were second in the general classification, with Dawid du Bruin and Michael Dundulakis filling third spot overall.

For Woolcock, it was a return to familiar territory as he regained the title he won with HB Kruger in 2017 when he was still competing as a professional rider.

He has since retired from pro cycling, but has taken Roux under his wing and was able to guide his young protégé through the demands of stage racing.

Roux said it had been a memorable experience in his fledgling mountain-bike career, which only started in earnest in November.

“It was truly an amazing weekend in my first real stage race ever,” he said.

“I was able to learn so much from Waylon, especially how to race smart – when to go harder and when to conserve energy. It was a really good lesson for me.”

Having started cycling only four years ago, Roux switched to road racing in 2017.

“But last year I went riding in Europe for a bit and that’s when I realised that I was more suited to mountain-biking.

“My strength is that I can ride at my own effort for a long time and since I started concentrating on this discipline I have fallen in love with it.

“So this weekend was very important for my development.”

In today’s stage, which took place in wet conditions, Roux said it was fairly flat in the first part and the group stayed together until about the 35km mark.

“We just sat on the front until there was a little kicker with a section of deep sand and we just went for it.

“We looked around and could see we had a bit of gap, so Waylon told me just to keep pushing and we were able to maintain that gap until the finish.”

Besides his race experience, Roux said he would recommend that all mountain-bikers entered the Winelands Encounter.

“The off-the-bike hospitality is amazing. For instance, today it was quite cold after the rain but there were hot showers for us and the meals have been excellent.

“It’s a proper stage race because there were some really testing technical sections yesterday, and they add to the occasion by looking after you so well when the racing is done.”

The women’s team title went to Sunette Beyers and Alta Kriegler, while Andrew Marsh and Anneke Viljoen were crowned the mixed champions.

By coming third in today’s solo men’s category, De Villiers Odendaal was able to take the overall title, while Amy McDougall won her third stage to claim the women’s title.

The 43-year-old Odendaal, from Stellenbosch, said he was “a little surprised” at his win as he had also been third in the first two stages.

“But the top two in the category changed each day so I eventually finished on top of the podium,” he said.

“Today I was able to go with the first bunch, with the pace being quite quick. I lost them at the 30km mark but I have fairly good stamina so I was able to keep up the pace and get a time good enough to finish on top.”

CAPTION: Waylon Woolcock (front) and Hennie Roux lead the bunch on their way winning the third and final stage of stage of the Liberty Winelands Encounter mountain-bike race, which ended at the Nederburg Wine Estate in Paarl today. They also won the overall title. Photo: Henk Neuhoff