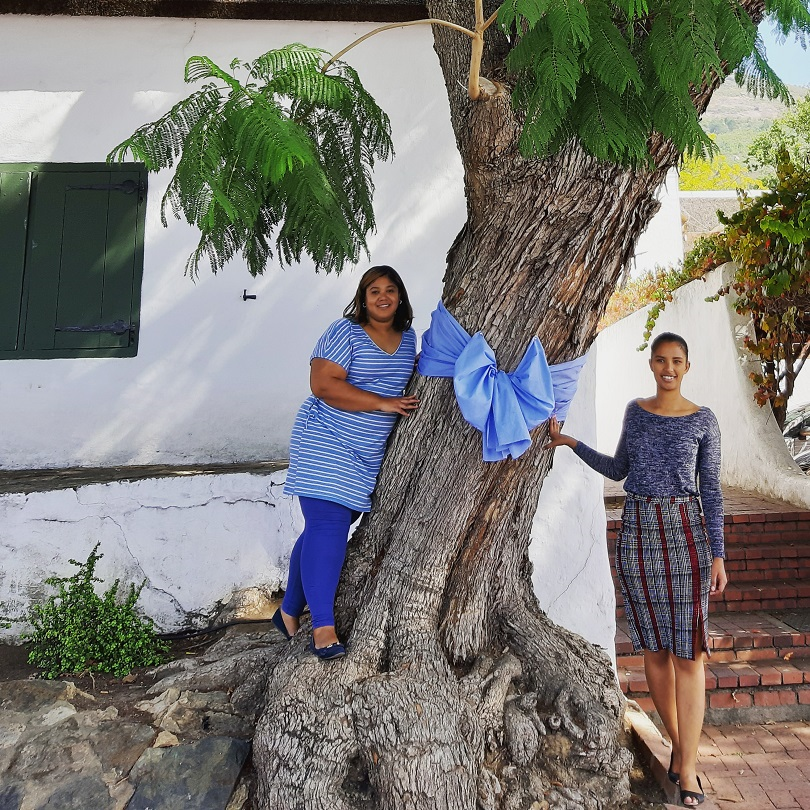 April is Autism Awareness Month, which is proudly supported by the Drakenstein Local Tourism Association.

The Blue Ribbon Project is an initiative launched by the Boland School of Autism in conjunction with the Drakenstein Chamber of Business to raise awareness for autism.  Autism is a neurodevelopmental disorder characterized by impaired social interaction, verbal and non-verbal communication.  The prevalence of children being diagnosed with autism spectrum disorder is currently 1 in 88 in the United States, with South African statistics currently estimated at 1 in 158.

Desire Koopman (left) and Wilandre Johnson (right) tied a ribbon around a tree in front of one of Paarl’s oldest historic buildings.  De Woning in Main Street also hosts the town’s archives.