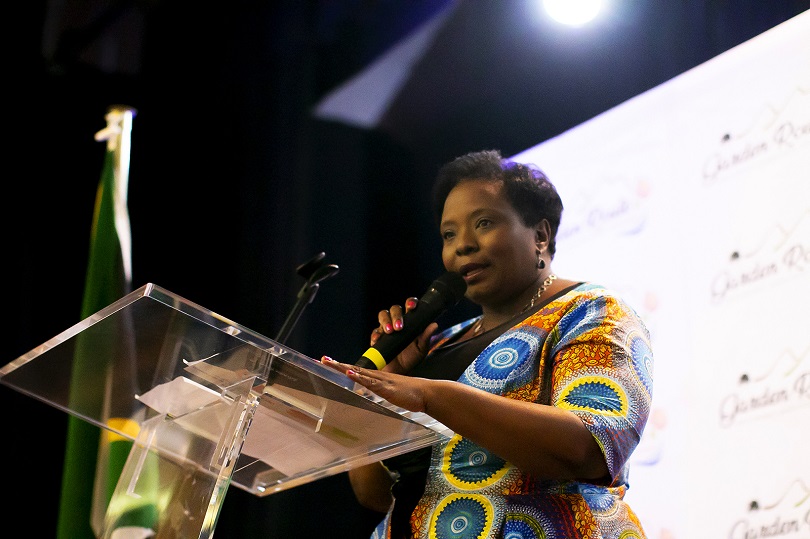 On 12 April 2019, the Garden Route District Municipality’s (GRDM) Executive Mayor, Councillor Memory Booysen, took an unprecedented step for the District by delivering its first State of the District Address (SODA).

The purpose of such an address is to outline the council’s achievements, as well as to emphasise the exciting future projects and spin-offs for local municipalities (Hessequa, Mossel Bay, George, Knysna, Bitou, Oudtshoorn and Kannaland) in the region.

More than 200 people attended the event, including the mayors of all b-municipalities, councillors, faith-based community leaders, business owners, stakeholders, media and municipal officials.

The programme was directed by the GRDM Speaker, Cllr Eleanore Bouw-Spies. In a moment of reminiscence, Bouw-Spies touched on how council, even before she became speaker, have been able to take non-partisan decisions to the benefit of the region’s brand and economy.  “I might not have been actively involved at the district council, but since my appointment as speaker late last year, I have been responsible for mediating some vigorous – sometimes robust debates, but in my objective view as the Speaker, I have also seen how both sides of the house have been in agreement on many occasions. A prime example of our synergy and decisions made in the best interest of our region was changing our municipality’s name and visual identity.

Have you ever seen a name-changing process unfold with such ease as well as a new logo adopted without much hassle? The transition was indeed a beautiful, inclusive and a well-thought-through process,” she said.

During Councillor Booysen’s keynote address, he focused on the following topics:

EMPOWERMENT OF YOUTH AND WOMEN

The municipality continues to provide bursaries to the youth of our district, through the office of the executive mayor. “It is through education that we can unleash creativity and cultivate a spirit of resilience among citizens,” said Booysen.

Mayor Booysen extended a special word to Ms Erina de Villiers, Personal Assistant to the municipal manager, Mr Monde Stratu. She retires at the end of April 2019. Booysen described Erina as “not only an employee of this municipality or a colleague to others but a mother to the institution.”

“She has been with this institution for 22 years, happily married to Mr Jacobus de Villiers, blessed with two (2) children and five (5) grandchildren. I can tell you that she inherited more children at GRDM with the municipal manager being her first-born.

During her employment at GRDM, Erina worked in the following sections:

Mayor Booysen shared some of his dreams for the district: “A ‘One District’ …a dream of what we can be.”

“How we share and shape our future together – a future where more and more of our people see and believe in rich vistas of opportunity; an environment where the Garden Route dream is embraced as the district dream,” Booysen said.

Booysen’s ideas on how to collectively build a “One District” of our dreams where everyone has the opportunity to participate in a diverse and thriving economy, could be achieved through the following:

In closing, Mayor Booysen pleaded with everyone to take full advantage of their lives and to follow a path that would provide a prosperous future, harness change for the better, and build the elusive “One District” that we all dream of.

Pictures of the SODA can be accessed by clicking on the following link: