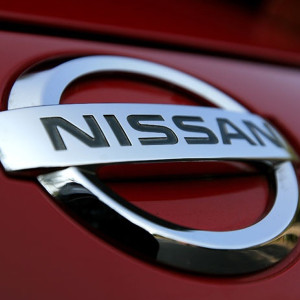 Mike Whitfield, Managing Director of Nissan Group of Africa – ROSSLYN, South Africa (April, 17 2019) Trade and Industry Minister Rob Davies has identified an increase in local vehicle manufacturing as key to the realisation of the bold new vision espoused in the finalised South African Automotive Masterplan 2035 (SAAM) and the targets it sets out.

The automotive sector constitutes a vital part of the South African economy, generating around 7 percent of the country’s annual GDP and accounting for athird of its total exports, but we need to grow domestic production to account for one percent of the global output by 2020. This, as we strive to establish – as the Minister has put it – “a globally competitive and transformed industry that actively contributes to the sustainable development of South Africa’s productive economy, creating prosperity for industry stakeholders and broader society.” The most recent projections indicate South Africa’sproduction needs will increase to 140 million units a year.

Nissan plans to boost the African automobile industry by manufacturing the full model line-up of the next generation Navara on South African soil. Production is expected to start in 2020 and will take place at Nissan South Africa’s Rosslyn facility just outside Pretoria.

The Navara joins the popular NP200 and NP300 models, which are already being built at the Rosslyn facility and sold in the domestic market as well as some 45 pan-African markets.

Nissan believes in the long-term potential of the African continent and in South Africa’s important role as a base from which we can invest and grow our market share.

Our expansion in Africa, the Middle East and India (AMI) – through increasing manufacturing capacity in South Africa – is evidence of this. This follows on expansion in Pakistan, and the signing of a Memorandum of Understanding with the Ghanaian and Kenyan governments.

Nissan already has a strong industrial presence in the region with plants in India, Algeria and Egypt. We were the ‘first-mover’ in Nigeria – where we have a joint venture plant which is proudly building cars in Nigeria, for Nigeria – and are also beginning a sustained phase of ‘new model introduction’ across growth segments in established markets, evolving our retail network and industrial strategy.

This latest investment into the South African economy – which totals R3 billion – is aligned with the Nissan M.O.V.E. to 2022 mid-term plan, via which Nissan aims to double its presence in the AMI region over the course of the current six-year period.

With flexible new production architecture and current output rates set to increase by more than 50 percent, our Rosslyn facility is poised to become an anchor plant for the region. We expect our production output to grow to an annual total of more than 60,000 vehicles – for distribution throughout the local as well as export markets and accounting for 15 percent of Nissan’s total production output in the region.

It is an investment, which was in part made possible by the introduction of the new, extended Automotive Production and Development Programme (APDP). The APDPprovides a stable investment framework and aggressive production goals for the period 2020 to 2035. It is also an investment, which is aligned with the development objectives of the SAAM. The South African economy is postured to benefit from the generation of an annual total of R5.8 billion in new economic activity. We support government’s work to diversify the economy and raise production, while growing the local supplier base. This investment re-affirms Nissan’s commitment to economic growth and job creation in South Africa, which is one of the four essential components of the SAAM, insofar as it relates to the sustainable development of the economy.

The Rosslyn facility currently employs 1,832 staff. The addition of the Navara to our production line results in the need for a second shift and initially creates an additional 400 jobs, the majority of which are in manufacturing operations. But an estimated total of 1 200 new jobs are set to be created throughout the full value chain.

Nissan is also bringing in teams from Japan to work with locally-based suppliers todevelop the local component. And in partnership with the Automotive Industry Development Centre, we have built an incubation and training centre at the Rosslyn facility.

Through this incubation and training centre, we have already developed eight new black-owned suppliers and are targeting an additional five, to be operational when we start producing the Navara. Nissan is looking at starting local production of the Navara with a 38 percent local component. This is planned to increase to 48 percent by 2022 and going forward, we endeavour to continue to grow our local component further in line with the SAAM targets.

As the world moves towards the fourth industrial revolution, increased automation and emerging technologies are becoming increasingly important in manufacturing plants and Nissan has invested heavily in the training and upskilling of staff as well as the gradual modernisation of our plant at Rosslyn. Our new plant will incorporate state-of-the-art technology to make sure it stays ahead of the ever-changing automotive manufacturing industry and ensuring a product of the highest quality for our customers.

This investment is set to transform the plant into a next-generation, world-class production facility and a production hub for Nissan. Working with our partners in government and labour – along with our component suppliers – we are ready to take production in South Africa to the next level to fully meet local demand, better serve our customers and boost the South African economy.

In this way, we are working to fulfil our role in moving the country closer to 2035 – driving transformation, growing the local supply base and exporting proudly South African-built vehicles to the continent and beyond.