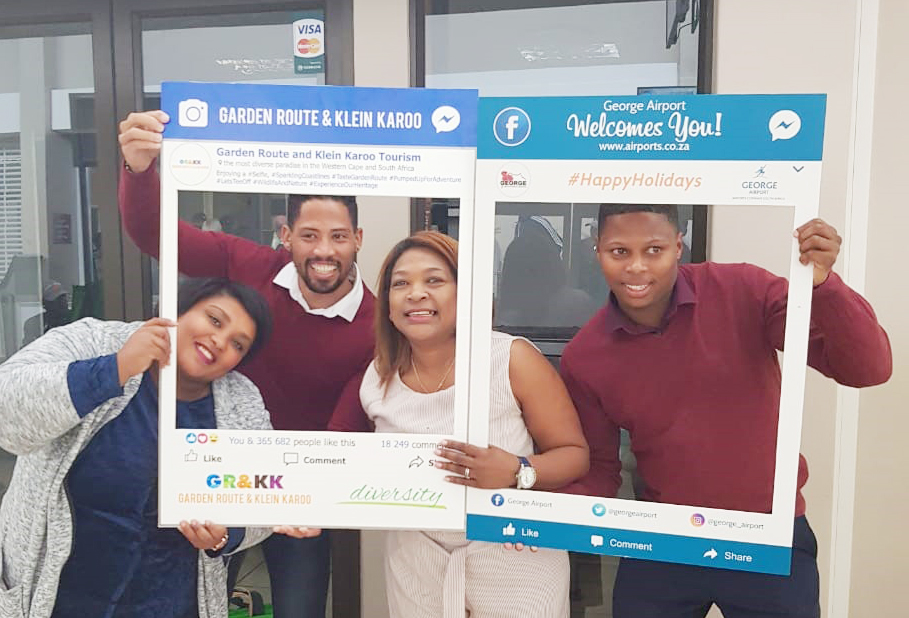 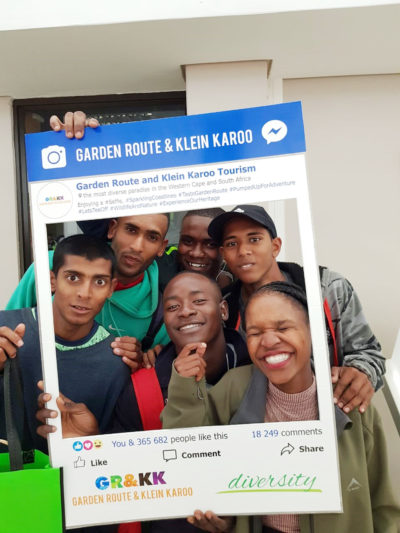 The campaign aims to create awareness about the Garden Route and Klein Karoo and its tourism offerings, which are mostly accessed by tourists whose first point of entry is the George Airport.

Visitors to the region are given goodie bags filled with promotional marketing material, while ACSA concurrently runs a Easter Egg Give-Away to kids and they are also giving them the opportunity to partake in a coloring competition. Great prizes are up for grabs.

Algoa FM and Eden FM are broadcasting from the George Airport at the moment.

Picture: Pictured are the social media frames used for promoting both ACSA and the GR&KK