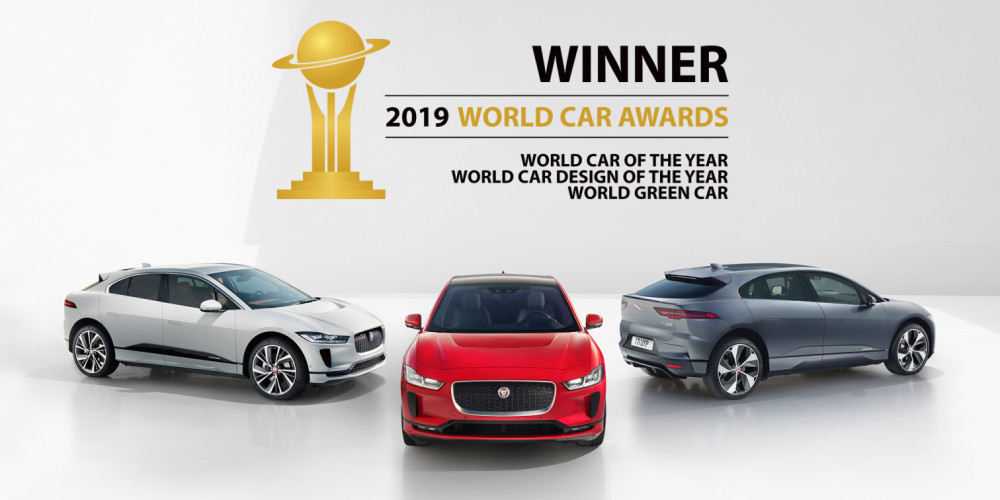 Pretoria, 17 April 2019 – The all-electric Jaguar I-PACE has completed an historic treble at the 2019 World Car Awards. Not only has it won the coveted 2019 World Car of the Year and World Car Design of the Year titles – equalling the success of the F-PACE in 2017 – it has also been named World Green Car.

I-PACE is the first model ever to win three World Car titles in the 15-year history of the awards.

This latest win for the I-PACE, awarded at the New York International Auto Show by a panel of 86 motoring journalists from 24 countries, comes just weeks after it claimed the European Car of Year title, and affirms its status as the most desirable premium electric vehicle (EV) in the world.

Prof. Dr. Ralf Speth, Chief Executive Officer, Jaguar Land Rover, said: “It is an honour that the Jaguar I-PACE has received these three accolades from the prestigious World Car jurors.

“We started with an ideal, to move towards our Destination Zero vision; zero emissions, zero accidents and zero congestion. I-PACE is our first step to achieving this, and it was conceived when EVs were little more than a niche choice.

“So we started from a clean sheet of paper to create a new benchmark – the world’s best premium electric vehicle, and a true Jaguar driver’s car.

“For I-PACE to be awarded 2019 World Car of the Year, World Car Design of the Year and World Green Car gives our first all-electric vehicle the ultimate recognition it deserves. I would like to thank the team who have created I-PACE for their passion in making it so outstanding.”

Designed and developed in the UK, I-PACE is attracting new customers to the Jaguar brand, for many of whom it will also be their first EV – to date, over 11,000 customers in more than 60 countries worldwide including South Africa have taken delivery. Its combination of sports car performance, zero emissions, exceptional refinement and true SUV practicality make I-PACE the stand-out choice in its segment.

Ian Callum, Jaguar Director of Design, who was in New York to accept the awards, said: “Designing Jaguar cars is probably the best job in the world, and I can honestly say that no other project I’ve worked on has been as rewarding as I-PACE. Electric vehicles offer designers unprecedented freedom to rethink the proportions, the profile and the packaging, and it’s an opportunity that my team has exploited in full. Winning the 2019 World Car Design of the Year award, as well as World Car of the Year and World Green Car, is true recognition for their achievements.”

The I-PACE’s dramatic, cab-forward profile, short overhangs and taut, muscular haunches give it a sense of drama which set it apart from other SUVs. The spacious interior – enabled by the bespoke electric vehicle architecture – is finished with beautiful premium details and exacting Jaguar craftsmanship.

I-PACE has a state-of-the-art 90kWh lithium-ion battery and delivers a range of up to 470km (WLTP cycle). It’s capable of charging from 0-80% in a maximum 72 minutes (60kW DC), or takes around 12 hours to achieve the same state of charge when using a domestic wallbox (7.4kW AC) – ideal for overnight home-charging.

A suite of smart, range-optimising technologies also include a battery pre-conditioning system: when plugged in the I-PACE will automatically raise (or lower) the temperature of its battery to maximise range ahead of driving away.

The I-PACE has also earned a five-star Euro NCAP safety rating. The body structure provides high levels of occupant protection, and is complemented by technologies designed to protect other road users and pedestrians, including a deployable bonnet and autonomous emergency braking with pedestrian and cyclist detection.

The Jaguar I-PACE is available to order in South Africa now and can be configured at www.jaguar.co.za 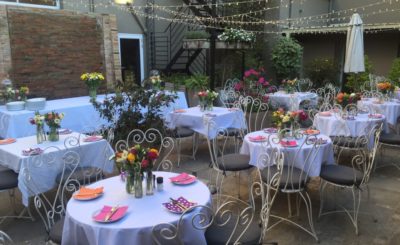 Valentine’s evening under the Stars at Arbour Café 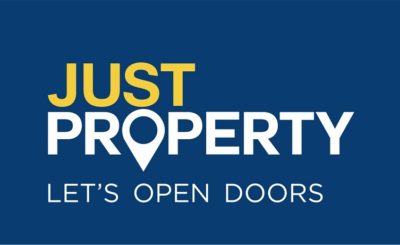 Rent to own your home is an option

Why short-term insurance is an important budget item 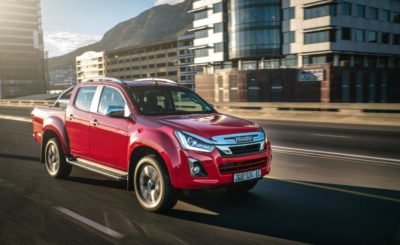 Zimbabweans get all revved up about their Isuzu bakkies