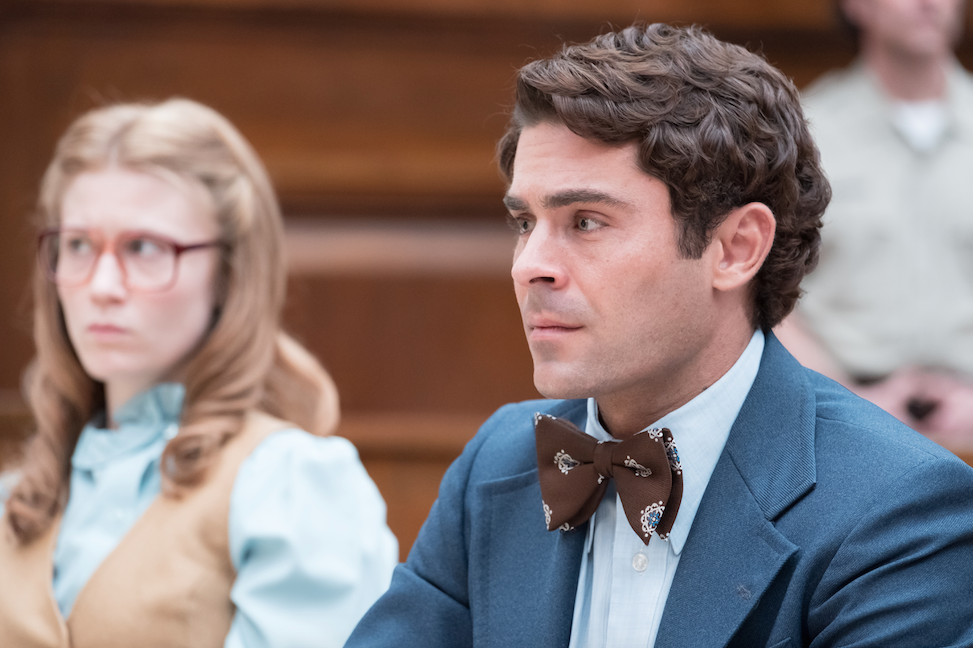 The gripping tell-all film about one of the most notorious serial killers of all time, Ted Bundy will open in South African cinemas soon.

EXTREMELY WICKED, SHOCKINGLY EVIL AND VILE is distributed by Filmfinity (Pty) Ltd. and will be released in South African cinemas on 3 May 2019.

In EXTREMELY WICKED, SHOCKINGLY EVIL AND VILE, Emmy-winning and Academy Award-nominated filmmaker Joe Berlinger and scriptwriter Michael Werwie chronicle the life of Ted Bundy through the eyes of his long-time girlfriend, Liz Kloepfer, who refused to believe the truth about him for years. The film boasts an impressive cast, with heartthrob Zac Efron (The Greatest Showman) in the role of Bundy, Lily Collins (Rules Don’t Apply) as Liz and acclaimed The Big Bang Theory star, Jim Parsons, as Florida prosecutor Larry Simpson, to name but a few.

EXTREMELY WICKED, SHOCKINGLY EVIL AND VILE does not aim to provide gruesome scenes of ruthless killing, but instead peers into the charismatic side of Ted Bundy, which he masterfully exploited to win the trust of his victims, family and friends. When he is caught and charged with grisly murders, his girlfriend’s picture of domestic bliss is destroyed as the evidence unfolds and she is forced to accept that she never knew the man that she loved so much.

Bringing Bundy to life on screen is the talented Zac Efron, who says: “I felt a responsibility to make sure that this movie is not a celebration of Ted Bundy or a glorification of him. But, definitely, a psychological study of who this person was. In that, there’s honesty.”

The movie premiered at the Sundance Film Festival earlier this year and Efron was praised for his portrayal of the infamous American serial killer who confessed to killing thirty women across several states. The actor underwent a rather large transformation and lifestyle change for this role and had to shed 6kg to mimic Bundy’s lean physique. As part of his research, the star also spent some time talking to people who knew Bundy. “A lot of them were shocked,” he says. “They could not believe that such a strait-laced, pleasant, smart, smiling, calm individual was responsible for such horrendous, horrific crimes. And that makes him all the more fascinating, because really he was loved by nearly everyone around him. Even people in prison enjoyed their time with Ted Bundy.”

Exploring the inverse phenomenon of a woman who believes in her lover’s innocence, provides the movie with a relatable and emotionally impactful way into the story of Ted Bundy.

Lily Collins, who stars as Liz, slams rumours that the story tries to romanticize Bundy’s persona by admitting that she had great difficulty getting into character for her role. “I actually had an awful time prepping for it and woke up early every morning with visions of destruction around different rooms,” she shares.

“It was important to me to share with moviegoers that those who do evil are often seemingly ordinary people. As Bundy himself cautions at the end of the film: ‘Murderers don’t come out of the dark, with saliva dripping off their chin. People don’t realise that there are killers among them. People that they love or like could turn out to be the most demonic people imaginable.’ That is the true nature of evil – hard to explain, often very banal and usually very contradictory,” Berlinger concludes.

For more information on EXTREMELY WICKED, SHOCKINGLY EVIL AND VILE, including official trailers, please visit our Facebook Page or follow us on Twitter at @NutsAboutMovies, using #EWSEVMovieSA.