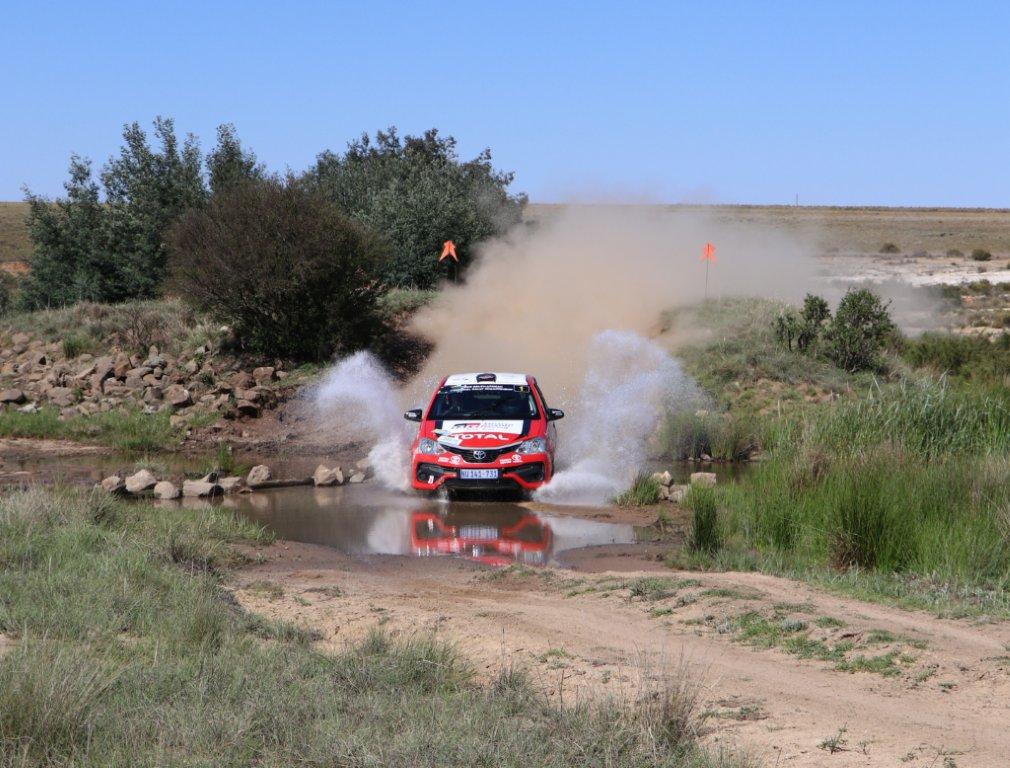 Brian Joss – Toyota Gazoo Racing SA’s Guy Botterill and navigator Simon Vacy-Lyle, defending South African National Rally Champions, will take on round 2 of this year’s championship, hoping to build on their victory during the opening round, which took place at the end of March 2019.

The pair will be taking their race-proven Class R2N Toyota Etios back into battle, and are expecting fierce competition at the 2019 Rally of South Africa.

“We’ve seen that the new turbo-charged Volkswagen of AC Potgieter has serious potential,” explains Botterill, “but they had some teething problems on round 1. This time, it may be a different story – so we’ll be keeping a close eye on them during the weekend.”

Potgieter and navigator Nico Swartz finished as runners up in the Cape Overberg Grand Prix Rally last month, and will certainly be gunning for the top step of the podium this time around. However, the rally roads around Sabie have a reputation for upsetting even the best-laid plans, and competitors hoping for good results here require more than just outright pace.

“We’ve seen many champions falter in Sabie,” continues Botterill. “Sure, the name has changed over the years – from the Sasol Rally to the York Rally and now the Rally of South Africa – but the challenges remain the same.”

The stages around Sabie are mainly run in the plantations belonging to York Timbers, and are widely regarded as some of the best in the country. With that said, the area is also known for its vicious weather, and the forecast for this weekend spells trouble.

“We’re expecting a lot of rain down in Sabie, and the stages tend to become even trickier in the wet. Add to that reduced visibility, unpredictable grip and the ever-present threat of mechanical problems – especially when servicing the car in the rain – and it is clear that you also need some luck to win in the Lowveld,” says Botterill.

To add to the excitement of the Rally of South Africa, a brand-new rally car will also be in action, in the form of an imported Class R4 Toyota Etios.

This car represents the future of rallying in South Africa, and is considered to be an entry-level four-wheel-drive rally car. The R4 Toyota Etios was imported by Rally Technic, and will be driven by former rally champion and Toyota Gazoo Racing SA works driver, Hergen Fekken.

“I’m very excited to be able to rally the new car,” said Fekken of the upcoming rally. “And I’m really happy that my old partner, Pierre Arries, will be joining me as navigator.”

In addition to the Class R2N cars, which are eligible for points in the SA National Rally Championship (NRC), and the Class R4 car, several other classes will also be in action in the Lowveld this weekend.

“This event forms part of the African Rally Championship, and as such it draws competitors from all over the continent, racing in a variety of different classes,” explains Botterill. “For us, however, the dice will be with the other cars in Class R2N, and it is imperative that we score maximum points.”

The event is set to start at 10am on Friday, 26 April, with a ceremonial flag-waving ceremony in the Sabie Market Square. Seven racing stages will follow, six of which will be run on gravel. The day will draw to a close with the running of the traditional Sabie Town stage – a short, sharp stage of 1.81 km, which has seen many upsets over the years.

Six gravel stages will follow, with the event drawing to a close at the Sabie Grand Finale, just outside the town with the same name.

“It promises to be an action-packed weekend, no matter how you look at it,”

concludes Botterill. “This event is always well-supported in terms of spectators, and we aim to put on the best possible show for them.”