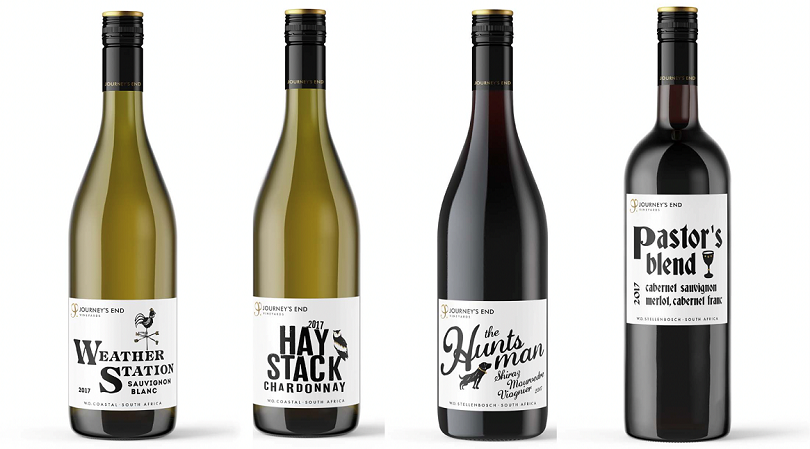 Journey’s End Vineyards (situated on the mountain slopes above Sir Lowry’s Pass Village near Somerset West), one of South Africa’s most sustainable and experimental wineries, is revamping its range of wines to give clear differentiation between its three series, while maintaining a consistent theme across the family of wines.

The new look Tales Series will be the first wines being released and will be available nationally retailing between R89 and R99 at selected retail outlets and wine merchants.

The V Series and Precision Series will be released later in the year and will be available in and around Cape Town.

Journey’s End, owned by the Gabb family, is a picturesque wine farm situated on the mountain slopes above Sir Lowry’s Pass Village, near Somerset West, in the Helderberg basin.

The stylish tasting centre, glassed on three sides, overlooks the barrel cellar and embraces the untrammelled beauty of the panoramic vista.