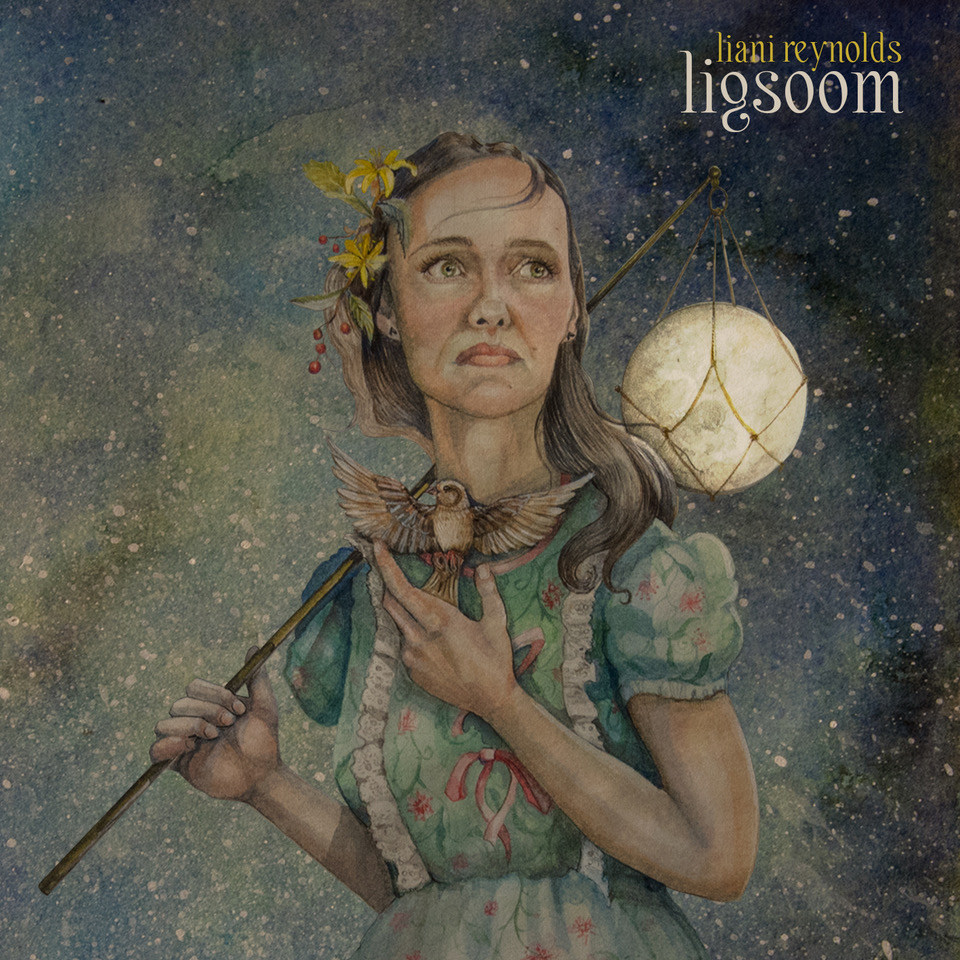 Liani Reynolds is one of those artists who makes an impression when you hear her performing for the first time… an even more so when you are privileged enough to read through her soulful storytelling lyrics.

There is a heart-warming sincerity and melodic tone to her voice that demands your attention and stays with you long after the last note has been sung. It is these characteristics that make her debut album so unforgettable.

Her first single, MOSSIE was released to radio stations nationwide last week and her debut album, LIGSOOM, is now also available on all digital platforms nationwide. Get the album here:

MOSSIE, written by the artist herself, is one of those songs that will capture the hearts of audiences of all ages. It boasts a catchy, yet soothing melody, which is perfectly complemented by her amazing voice. The best part of this single, however, is the gripping lyrics that promises to take listener on a very emotional journey.

“MOSSIE is about someone who is willing to sacrifice their own comfort and lifestyle in order to ensure the survival and happiness of a loved one. It tells a story of sacrifice and unconditional love,” the talented singer shares about the meaning behind this special song. “I grew up with a disabled girl, Mossie. She was my Granny Botha’s youngest child of four. My grandmother devoted forty-nine-years of her life to taking care of her. The song was written a year after Mossie had passed away and three days later my grandmother also died unexpectedly.”

Liani, who chose the song as her first single because the story has always inspired her so much, says: “It was not always easy to take care of Mossie and it took a lot of sacrifice. Grandma Botha gave up a normal life for Mossie. When we look at birds in nature, we always notice majestic birds like eagles, but we tend to overlook the efforts of the sparrow (mossie). My grandmother became a sparrow because of her love for Mossie.” A music video for the song, will also be available soon.

LIGSOOM can be described as a uniquely compiled contemporary album that takes listeners on a mystical personal journey through the singer’s own life. “The album consists of songs about personal experiences and also pays homage to special people in my life that means the world to me,” she reveals. “The title summarises the theme that is evident in most of the tracks on the album. We all have this idea about how something should look that is good, pure and unspoilt. The way that is supposed to be. Some call it the light or heaven, but to me that place is LIGSOOM. When you look closely, you will see sparrows living inside of it. Those people who go unnoticed in order to give others the opportunity to shine.”

Eight of the eleven tracks on the album are original Afrikaans works, from her own pen, each of which are carefully interwoven with the finest melodies and lyrics to capture the hearts of audiences from the get-go. A duet with Joshua na die Reën, Vlieërs, can also be expected on the CD, as well as creations by Amanda Strydom (Pelgrimsgebed) and Bittereinder’s Jaco van der Merwe (Gewoond). “The songs are stories. I can only hope that they will mean something to someone out there who hears it. When compiling the track list, I tried to start and end the story with the two singles that both refer to situations that are happening in the LIGSOOM… the event where one keeps searching for the light that is hidden in the reality of now. Songs that are meant to take listeners to a quiet place were also placed together with other tracks that support this atmosphere. The composition was actually easy to see because, if you look carefully, you will find the theme of hidden light in each song’s lyrics,” she explains.

When asked about her favourite tracks on the album, she responds: “It’s so hard for me to choose one song as my favourite, because every track has its own story in my heart and sentiment. The ones that are very close to my heart, are Mossie, Groen, Herontmoeting, Skuiling and Vlieërs. All we have, is our stories. I hope this album encourages everyone who listens to it to write and share their own stories too.” The first single and music video off this brand new release will also be available soon.

Joshua na die Reën describes Liani Reynolds’s voice as rich and colourful. According to this versatile farm girl, she has been surrounded by music for as long as she can remember, because her parents and other family members also play instruments. “I am the youngest of three children and the only girl. My parents, and the way in which I grew up on our farm in Piet Plessis, plays a major role in who I am and how I create my music,” the singer says. She has been working in the music industry for two years and was encouraged by Ronel Brink to exploit her musical talent after they met at a praise and worship event. This is also how she met Joshua na die Reën with whom she had an immediate connection. He then offered to help her with the production of her songs, and that was the start of a beautiful friendship.

The artist likes to follow her heart and enjoys listening to music with a sincere message and that is not afraid to experiment with different sounds. She says: “I admire singers who have the courage to be who they are. Musicians who have influenced my style of music or my way of thinking about music are Jubal’s Kin, Tom Odell, Efterklang, Björk, Joshua na die Reën, Coldplay and Tracy Chapman.”

If you ask her about the inspiration for her lyrics, she answers that it often comes from stories about people and who they are. “A song that is written for a specific person, or about a particular situation, always invites me to listen to it again. Those lyrics often find a special place in heart and I can literally experience what the lyricist felt when he was writing the song,” she shares.

There are many other dreams and plans she has for the future, which includes writing more songs and recording another album, but for now she is focusing on the opportunities at hand. She will also be part of the Musiek Soos Grond concerts scheduled for later in the year. A website with the stories behind her music, will also be available soon.

LIGSOOM has an emotional and nostalgic style that showcases strong musical elements, as well as an impressive vocal range that is not only set to secure Liani Reynolds a permanent place in the hearts of South African music lovers, but will also become a collectable in which listeners will discover aspects of themselves each time they listen to it.

“Nothing on this album was included to try and convince people to like me or my music. It’s just what it is. I think everyone can look forward to lyrics that paint a picture in your head and that will include you as part of the story. I hope that those who listen to it will walk away with a lighter mind and soul,” she concludes.

Liani is also part of the MUSIEK SOOS GROND movement which promises magnificent music shows and will showcase some of the most gripping music and talent ever seen in South Africa!

She will be sharing the stage with her friends Joshua na die Reën, Len Muller, Leon Gropp, Lizandra Winter and Kaleidoskoop at the planned concerts. The musicians will be sharing some of their own material and will also be doing some remarkable collaborations.

Doors will open at 17h00 and close at 22h00. Guests are welcome to bring along their picnic blankets, camping chairs or pillows to sit on while enjoying this spectacular event.

Tickets will be available from www.musieksoosgrond.co.za and prices will range between R200 and R250 per person.