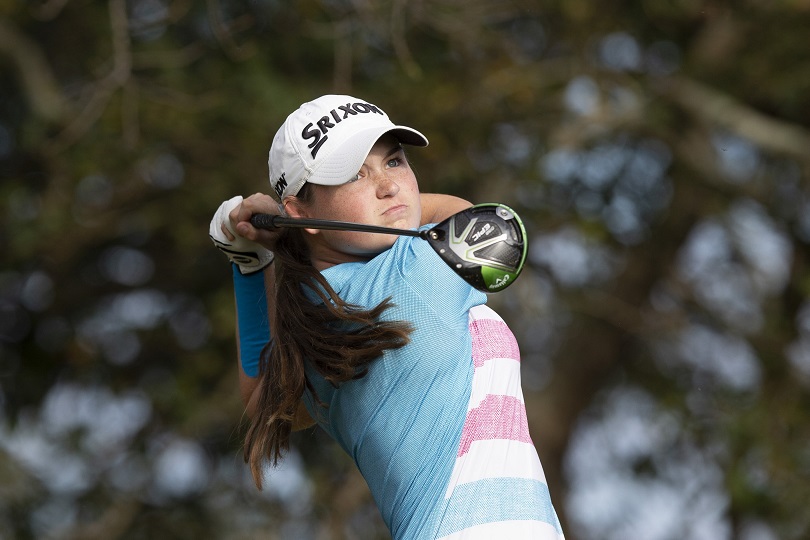 The 16-year-old GolfRSA Elite Squad member will tee it up at Woodhill Golf Estate in a bid to recapture the match play title she won in some style last year.

Rothman, who was 15 at the time, became the second youngest champion after Ashleigh Buhai when she overcame former Stroke Play champion Kaleigh Telfer in the final round to win 2-up at Umhlali Country Club.

The Match Play title-holder will not only attempt a successful title defence. Rothman will also be gunning for the calendar double since the two flagship events of South African women’s amateur golf will be played back-to-back for the first time since 2012.

In-form Macnab has had a solid grip on the number one position in the Open Amateur and Junior Rankings over the last three months.

The Serengeti junior ended last year with successive victories in the Champion of Champions and began the 2019 season with victory in the Eastern Province / Border Championship. A second title in the North West Women’s Open, third in the WP Women’s Amateur Stroke Play and took second in the Free State Open should put the field on alert.

Williams underlined her growing status when she held off Macnab and Moodley to lift the Nomads SA Girls Rose Bowl Championship title at Langebaan Golf and Sports Club in late March.

Former Youth Olympian Moodley finished second in the top ranked Annika Invitational USA at the start of the season and reeled in her third Open Amateur title with play-off success in the WP Women’s Amateur Stroke Play Championship at Clovelly at the end of March.

Floyd might only be 15, but the Ebotse junior is fast becoming a force on the local amateur circuit.

Following an Open Amateur double last year, she signed off the 2018 season with a two-shot victory in the KwaZulu-Natal Junior Championship.

Floyd won twice on popular Bridge Fund Managers Junior Series, beating her junior male peers at Royal Johannesburg & Kensington last year and at Country Club Johannesburg this season. A one-shot triumph in the Gauteng North Junior Girls Championship will see her start her campaign at Woodhill ranked fourth on the Open Amateur rankings and fifth in the Junior Standings.

Randpark’s Myeki – the South African team’s chief point maker in their seventh successive victory in the Regional All Africa Challenge Trophy in Swaziland last month – continued that rich vein of form to score a play-off victory over Macnab in the Free State Open in March.

Several talented young prospects including Samantha Whateley, Kera Healey and Megan Streicher from the GolfRSA B-Squad, as well as Western Province junior Annelie Swanepoel have also made a strong case for title glory this season.

Whateley shared the winner’s circle with Williams in the KwaZulu-Natal Championship and finished fourth in the Free State Open in March.

PHOTO – Jordan Rothman from Western Province will line up in the title defence in the SA Women’s Amateur Champion at Woodhill Golf Estate from 28 April to 3 May 2019; credit Rogan Ward.