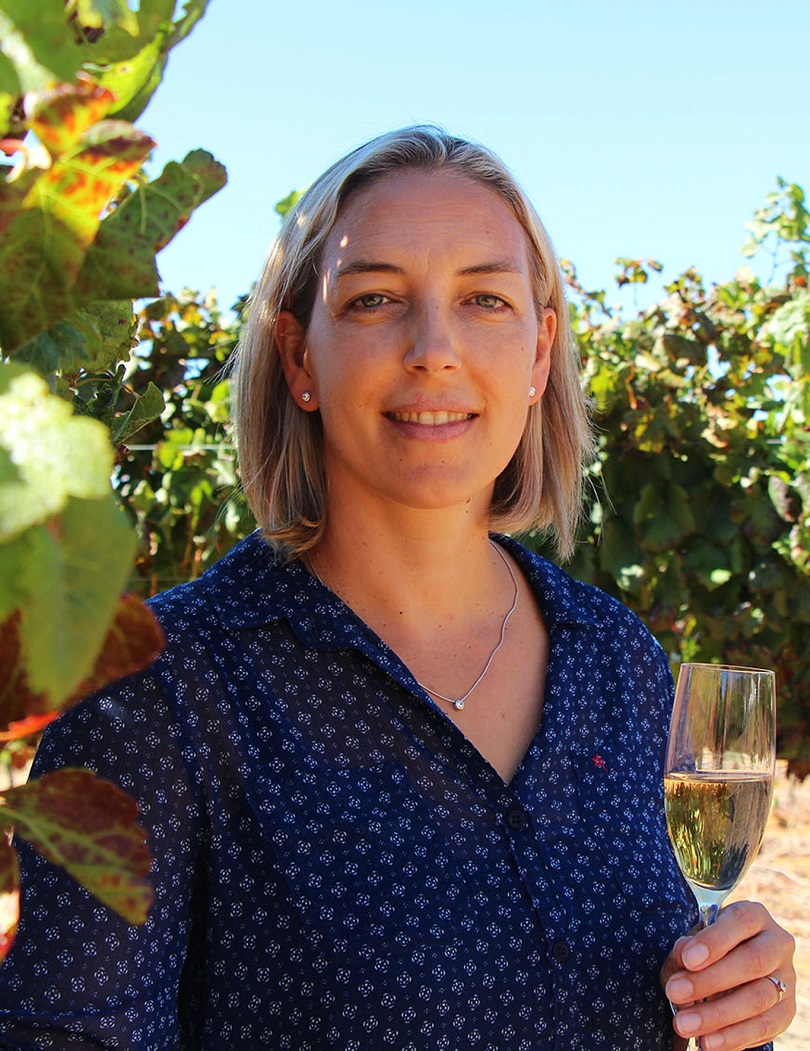 Accomplished winemaker Elunda Basson, a respected specialist of her craft with a string of prestigious awards in tow, has been appointed as the new Cellar Master at Steenberg Vineyards.

Basson, who succeeds JD Pretorius in managing the entire winemaking operations at Steenberg, takes up her new position in June this year, after an illustrious career spanning over two decades making still and sparkling wines for industry leaders including Nederburg, Pongrácz and J.C. Le Roux.

As Steenberg Cellar Master, Basson will be working closely with Farm Manager, Johann de Swardt, and senior Cellar Foreman, Alfred Dalicuba, who both celebrate 20 years at Steenberg this year. Together with Graham de Vries, Steenberg’s Production Manager, the Steenberg cellar team share a deep and experienced understanding of the unique terroir, vineyard sites and winemaking culture that is quintessentially Steenberg.

“We are excited to follow Elunda on a new winemaking journey. With her depth of experience and prowess as a winemaker of both still and sparkling wines, as well as her astute leadership capabilities, energy and passion for the industry as a whole, we know our Steenberg wines will be in good hands,” says Chris du Toit, Graham Beck Enterprises CEO.

Prior to becoming Cellar Master of the House of J.C. Le Roux in 2007, Basson cut her teeth in the wine industry at Rickety Bridge in Franschhoek followed by a seven year stint at Nederburg. During the past 12 years, she has excelled as one of the country’s MCC specialists and has been richly rewarded with a slew of awards. Her crowning glory was the 2018 Vertex award for Pongrácz Blanc de Blancs, as the overall champion wine at Veritas.

As vice-chairperson of the Cap Classique Association for the past 3 years, Basson works closely with chairman Pieter Ferreira of Graham Beck, promoting the standing of MCC. In this capacity she has travelled extensively to Champagne, France, and the Tuscany and Franciacorta regions in Italy. Other international experience includes wine marketing visits to numerous Scandinavian countries, Finland, the Netherlands, the United Kingdom and Angola.

After studying viticulture and oenology at the University of Stellenbosch and completing her Diploma in Cellar Technology at Elsenburg Agricultural College, Basson spent a harvest at Dry Creek Vineyards in Sonoma County in California.

Besides her Veritas Vertex honour last year, other achievements in the awards stakes include the World’s Best Shiraz trophy at the International Wine and Spirits Competition (IWSC) and making the cut in the Top 10 Sparkling Wines of the World at Effervescent du Monde. She is also a sought-after wine judge serving on panels for the IWSC, Veritas and Cap Classique Challenge.

Apart from winemaking, her other passions include travelling and spending time with friends and family. More recently, a love of foreign languages has sparked some lessons in French and Italian.