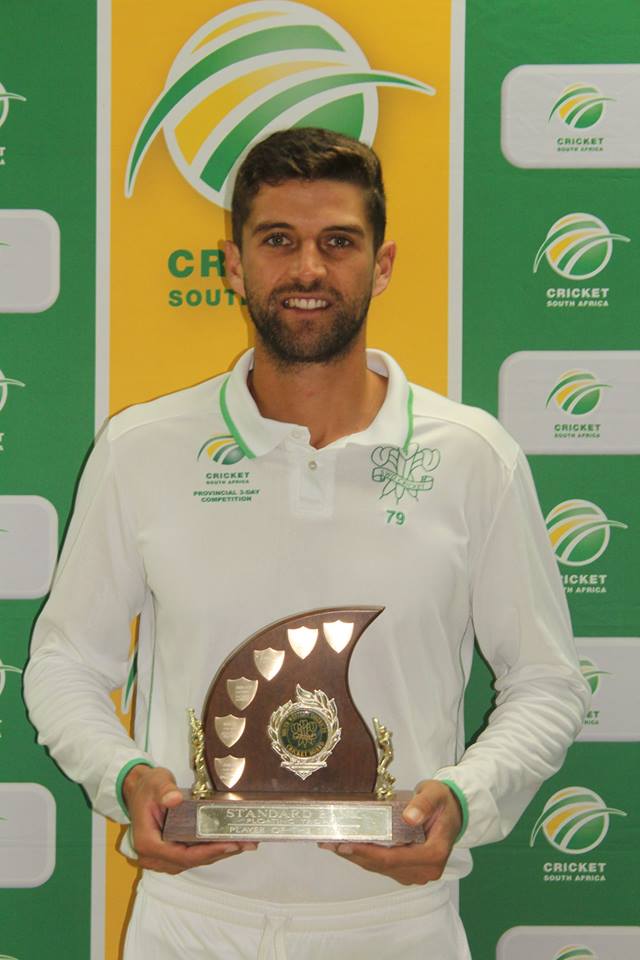 SWD batting hero, Obus Pienaar, won the prestigious SWD Player of the Season Award at their Annual Awards Function that was held at D’Opstal Country lodge near Oudtshoorn on Friday evening.  Pienaar claimed this prestigious award for the second consecutive season.

The SWD U/16 Regional Performance team that excelled at the recent Standard Bank National RPC/Hubb week won the award as representative provincial team of the year.

Dillan Nuys (Union  Stars CC) who was the top-wicket taker was the Premier League player of the season, Clinton Pietersen (Mayflower CC) won the award for the Promotion League. Elridge Booysen who excelled with both bat and ball  for Union Stars B won the award as Reserve League Player of the Season, Brendon Louw (Pioneers CC) the T20 player of the season and Haroline Rhodes – who scored the third most runs in the Women’s League and taking the most wickets – received the Award as Women’s Player of the Season.

Five members who passed away during the past season – Kelvin Briesies, a transport service provider from Mossel Bay, Charles Gelderbloem the Honorary Life-President of Mayflower Cricket Club, Hansie Slabbert (a photographic framer of SWD Cricket), André Stander (a well-known newspaper reporter) and Shane Vergotine (from Blanco Cricket Club) were honored with a Roll of Honor Award.

The Human Resource Administrator of the company, Ms Zenobia Nel, who is employed since the opening of a permanent office since October 2004 received the Simon Swigelaar Floating Trophy for his outstanding services to SWD Cricket.  Lifetime Achievements were also awarded to two respected newspaper reporters Garnett Wicomb and Jannie Meyer.

Caption: Obus Pienaar – the SWD Cricket Player of the Season for 2018/19