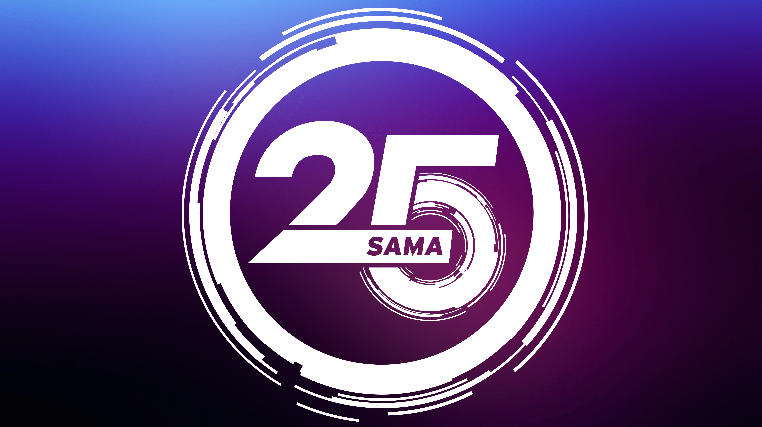 Black Coffee stamped his authority on the local music scene when he walked away with an impressive five nods at tonight’s SAMA25 nominee announcement.

The internationally acclaimed DJ’s album Music is King secured him spots in Album of the Year, Male Artist of the Year and Best Dance Album. He also scored a double nomination in the Collaboration of the Year award, first for Drive featuring David Guetta and Delilah Montagu and second for Wish You Were Here featuring Asanda Lusaseni-Mvana.

For their 25th year, the SAMAs ‘returned home’ to their cradle at the Alberton Civic Theatre, east of Johannesburg where they were first held in 1994. The night heavy with sentiment and nostalgia was hosted by the iconic Dosto Noge of Duku Duku fame and child star Hulisani Ravele and featuring some spectacular performances from SAMA Award winning musicians. The industry also came out in droves to place bets on who would be nominated and what a nail-biter it turned out to be.

The late Oliver Mtukudzi is up for the Rest of Africa Artist award where he is nominated with Diamond Platnumz from Tanzania, Kommanda Obbs from Lesotho, Mr Eazi from Nigeria and Nixon Zimbabwe.

It will be an epic battle as the Best Hip Hop Album award is vied for by AKA (Touch My Blood), Emtee (DIY2), Jabba X (#FGTBB), Kid X (Thank Da King) and Nasty C (Strings and Bling).

Two reality TV show winners Tholwana (2.0.1.5) and Paxton (This is Me) stake their claim for glory in the Best Pop Album as they go up against Majozi (Majozi), Tresor (Nostalgia) and Jarrad Ricketts (Break the Rules) while in the Beste Pop Album Snotkop (SOUS) is pitted up against 4 Werke (4 by 4), The Rockets (Sonskyn), Brendan Peyper (Dis Nie Sonde Nie) and Jan Bloukaas (Lewe).

The Best Traditional Faith Music Album is a stiff competition between Lebo Sekgobela (Umusa), Kholeka (Your Word – Alibuyi Lilambatha Izwi Lakho), Spirit of Praise (Spirit of Praise Vol.7), Sipho Ngwenya (Intimate Worship Season 3) and Paul K (Time of God Manifest). In the Best Contemporary Faith Music Album Ntokozo Mbambo (Moments in Time) will slug it out with Neyi Zimu (Another Level of Worship), Khaya Mthethwa (All About Jesus), Tshwane Gospel Choir (The Next Revival) and We Will Worship (Seasons Volume 1).

Nhlanhla Sibisi, RiSA CEO congratulated the nominees: “This has been a great year of music. We are proud of this nomination list which we believe is a fair reflection of the artists who made a good impact in the industry and had music lovers entertained. The stage is set for a showdown as we start the countdown to Sun City for the final awards show. We salute all the nominees and send out best wishes to all.”

The story of our Democracy

The soundtracks of our lives

We recognise the power of the moment where stand right now.

And we recognise the possibility of where we are going.

“Just like the SAMAs, Vodacom celebrates 25 years of connecting South Africans to the music they love this year, and in doing so acknowledges the hard work and dedication that goes in before being recognised on a nominees list of this calibre. My Muze, connected by Vodacom, congratulates every nominee, and wishes them all the best on the night and for a very exciting future.” – Rehana Hassim: Vodacom Portfolio Manager – Music.

For the first time in the history of the SAMAs local audiences and around the world can secure a front row seat by streaming the nominations formalities live from Alberton on www.samusicawards.co.za on Thursday 25 April 2019 from 7pm to 9pm. The announcement show can also be viewed on www.mymuze.com  after the event.

The North West MEC for Culture, Arts and Traditional Affairs, Mme Ontlametse Mochware also congratulated the nominees. “As sponsors of the Awards, we recognise that getting a nomination for the SAMA’s is in itself an achievement.  We look forward to the finals at Sun City and by the best win”