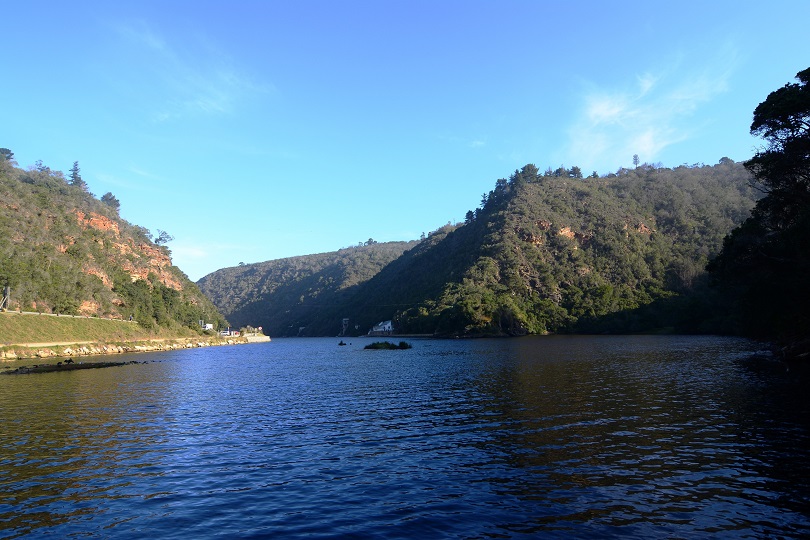 The Southern Cape Landowners Initiative (SCLI), in collaboration with the Table Mountain Fund, aims to assist Garden Route landowners in the coming months in their efforts to clear ecological infrastructure such as rivers, wetlands and seep lines of the detrimental effects of invasive alien plants.

This endeavour is part of a three-year project by SCLI with the support of the Table Mountain Fund.

The project, titled the SCLI Cape Floristic Corridor Revival and Training Programme, is a regional drive to improve efforts to enhance the survival of the Southern Cape floristic footprint. The project entails the establishment of a network of north/south conservation corridors along selected river systems – the Groot Brak, Kaaimans, Touw, Knysna and Goukamma Rivers in the Southern Cape. It is aimed at determining factors that inhibit corridor flow through an interactive land management framework. The selected corridors represent crucially important remaining natural land available for biodiversity connectivity and conservation in the Southern Cape.

According to Cobus Meiring of the Southern Cape Landowners Initiative (SCLI) it is vital to invest and protect or restore ecological infrastructure in the Garden Route to ensure socio-ecological resilience. The current drought and recent wildfires have had significant economic, social and environmental impacts and has focussed regional attention on ecological resilience, disaster and risk response and its associated factors.

Says Meiring: “In many respects the 2017 Knysna fires served as a wake-up call to authorities in the Southern Cape, and in the Garden Route that we are moving towards a planning and coordinating scenario where the region can be better prepared for what lies ahead, instead of staggering from the one disaster to the next in dealing with the effects of climate change”.

“Identifying invasive alien plants as the number one threat to our regional environment and natural infrastructure, and the work done by SCLI in assisting landowners and land managers in the Southern Cape to help them understand the environmental damage and down-stream problems caused invasive alien plants, directly feed into the way we manage natural infrastructure in the Southern Cape,” says Meiring.

“By investing in ecological infrastructure, we mean an investment in protecting ecosystems for the services they provide to us, such as reliable supplies of water and productive land.”

“The Garden Route is in many respects one of the most unique places on the African continent, blessed with strategic water source areas – with comparatively high rainfall figures – and the prevalence of biodiversity nowhere else to be found. These natural systems are the very fabric which makes the region beautiful, sustain urban and rural populations and enables the cultivation of agricultural produce,” continues Meiring.

According to Meiring the Western Cape Department of Environmental Affairs and Development Planning (DEA&DP) appointed the Council for Scientific and Industrial Research (CSIR) in 2018 to undertake the Development of an Ecological Infrastructure Investment Framework (EIIF) and an Alien Invasive Species Strategy (AISS) for the Western Cape Province.

Meiring quotes one of the project managers from the CSIR, Dr Dave le Maitre, on the ecological infrastructure study to give a view on what the future may hold for the Garden Route: “Communities in the Garden Route should be investing in protecting or restoring ecological infrastructure to ensure socio-ecological resilience in the face of growing population pressure and projections of increasing temperatures, decreasing and more variable rainfall. The current drought and recent wildfires have had significant economic, social and environmental impacts, and have made people aware of some of the hazards they are exposed to, hazards which are highly likely to increase in the future”.

Caption: The Garden Route is in many respects one of the most unique places on the African continent, blessed with strategic water source areas – with comparatively high rainfall figures – and the prevalence of biodiversity nowhere else to be found. These natural systems are the very fabric which makes the region beautiful and sustain urban and rural populations. (Photo: Chris Jooste)