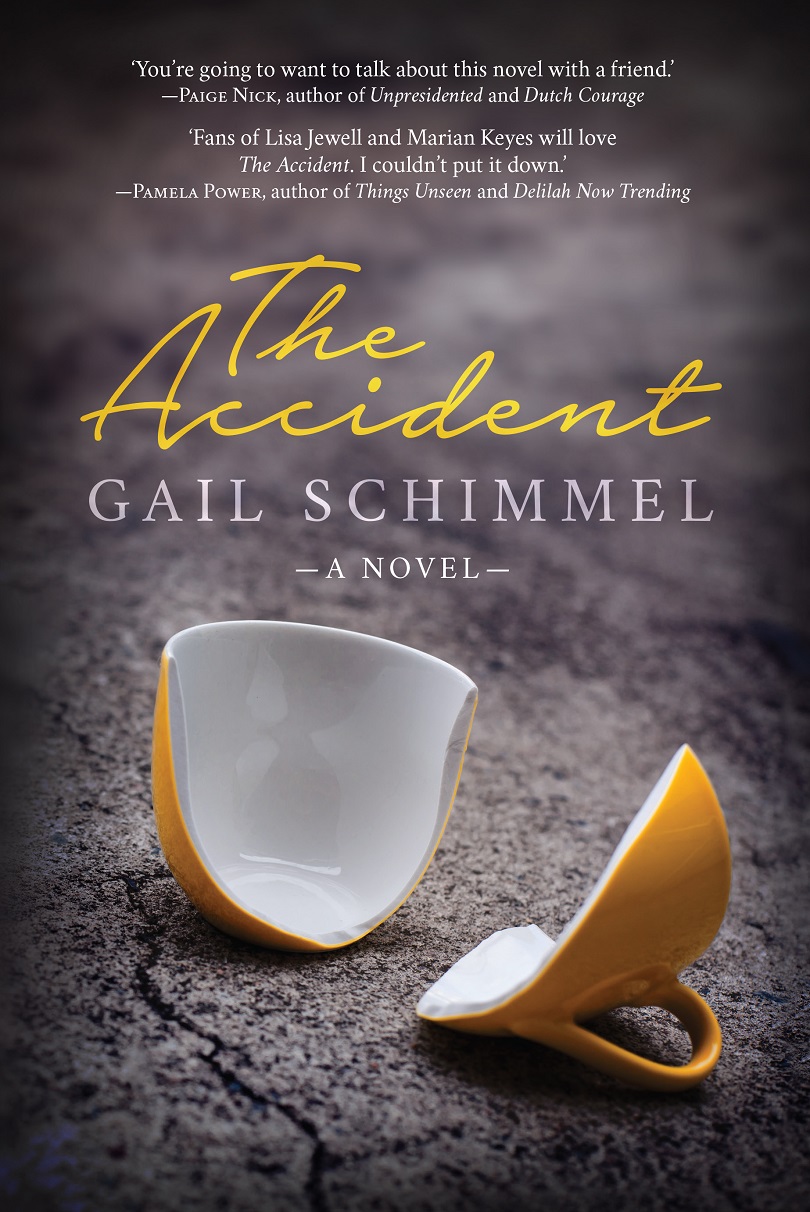 The Accident is an intriguing look at four people whose life choices have unintended consequences. Julia, Catherine, Claire and Daniel are the protagonists.  Catherine survives in a twilight world. Her daughter Julia thinks her mom’s a zombie and has done so ever since she was a toddler. Claire is a high-powered working mother who can juggle many balls at once. And she’s the go-to person when parents at her daughter Nina’s school need bright ideas for the next fundraiser or good cause. Daniel, well, Daniel is Claire’s husband, a self-centred, needy guy who thinks the world revolves around him.

Catherine never speaks of the “The Accident”, always written with capitals, which left her husband Mike in a coma for 26 years. So she’s just existing, not living and visiting him regularly at the hospice for a chat and to keep him updated about her life, not  that she has much of one. Mike can’t hear her or even knows she’s there. Julia too, visits him often, although Catherine is unaware of  this.

Catherine, who doesn’t engage with Julia or anyone else, really, has just one wish for her  – to settle down and be happy  –  then she can keep the promise she made to Mike. But everything changes when Julia, Claire’s best friend falls for Daniel, and she becomes pregnant. Claire is shattered by the news but picks up the pieces of her life and becomes stronger than ever. Daniel doesn’t seem to realise that he has hurt Claire. When he tells her about Julia’s pregnancy, he says, “So weird, Claire. It’s like I went to bed and I’ve woken up to a different life.”  Says Claire, “That would be because when you went to bed there was a different woman in it. ”Daniel looks like I’ve slapped him for no reason”. And the next line sums up Daniel’s behaviour in a nutshell. “You’re very angry, Claire,” he says. “Like he can’t think of a single reason why this would be so,” Claire muses.

When Julia tells Catherine that she’s pregnant, life takes another twist when Julia moves back to her childhood home to prepare for the baby’s birth. More secrets are revealed when Julia finds a box full of old photographs. Catherine, an emergency nurse, was unable to work at her vocation after The Accident. So she gets a job as a receptionist at a doctor’s surgery, to keep a semblance of normality. The only one she can confide in about Julia’s pregnancy and Mike is the young Dr Ewan Marigold, the colour of a “rich cappuccino and  just as warm”, whose partner is Okkie, a Ugandan with albinism.  Slowly but surely Catherine learns to live again, and socialise. She also meets Edward at the hospice where his wife, Miriam is also in a coma. It appears that there is no hope for her either.

The main characters are stoic in the face of adversity and three of them come to terms with their predicament and change accordingly, with the exception of Daniel, who is as needy as clingy as ever.

Schimmel has a way of describing people that makes them come alive: there’s Laurel who pokes fun at Claire’s so- called friends on the charity committees and school’s PTA; Nina’s teacher, the prissy  Mrs Wood who has a cameo role; and Nina who takes most things in her stride.

The Accident is an engaging and lively read that will keep you turning the pages until the end when Catherine, who has her life back and a purpose, writes to Mike, revealing the secret. Finally letting go. Schimmel’s other books are Marriage Vows, Whatever Happened to the Cowley Twins? and The Park (The Gremlin, September 12 2017).