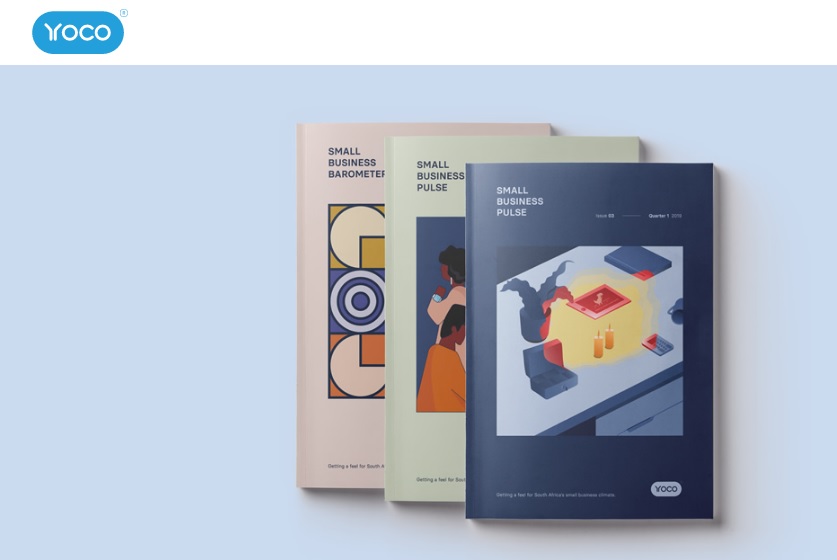 3 May 2019 – CAPE TOWN – The Yoco Small Business Pulse Score for the first quarter of 2019 shows a significant softening in the outlook of South Africa’s small business community. The drop in the Pulse Score reflects an increasingly challenging business environment with frequent stage 4 loadshedding occurring during this quarter and the upcoming elections causing uncertainty amongst business owners. These factors have affected all small businesses, regardless of industry or location.

“Unlike larger businesses, the buoyancy of start-ups and small businesses is reliant on the positive attitude of the owner,” says Yoco’s head of brand marketing, Matt Brownell. “Therefore, while it is expected that the Pulse Score will remain in positive territory, we are viewing this as a significant decline in sentiment, and it is a cause for concern.”

The Small Business Pulse revealed that loadshedding has become the number one concern for the country’s small businesses – remarkable in that it was listed as a key concern for only 1% of respondents in Q4 2018. Says Brownell: “To date, we have not seen any single concern being cited by so many as a challenge to their business success, and it has come to dominate their thinking.”

The impact of loadshedding has been two-fold: in the first instance, it has directly impacted revenue through inability to trade and/or manufacture; and secondly it has increased the cost of doing business, stretching further already tight margins.

“Of the businesses surveyed, almost half lost 20% of their revenue or more during the period of loadshedding in March,” says Brownell. “When considering that the majority of our small businesses survive on a turnover of less than R1m annually, such a knock is a significant risk to business continuity should loadshedding continue at similar levels in the future.”

Additionally, given how important the small business sector is to the growth of the country’s economy, Brownell points to the findings that businesses are not planning to employ more staff in the near future, and in some cases will need to retrench.

“This statistic is echoed by the unemployment rates noted by Stats SA at the end of 2018, which showed that while unemployment had decreased by 70 000, businesses that are showing a decline mostly fell within the SMME band – including the informal sector. Currently, small businesses contribute around one-third of GDP and provide employment to millions of South Africans, so challenges to operations need to be taken seriously,” he says.

Additional factors cited as key obstacles to growth include the state of the economy and political uncertainty, both of which saw steep spikes in the Q1 Pulse.

Correlating to the softer sentiment, there has been a -1.8% decline in average card transaction volume per merchant relative to the same time last year.

The quarterly survey measuring the health of the small business sector uses anonymous transaction data from more than 40 000 small business owners within the Yoco merchant base. Additionally, surveys were sent out asking owners to rate their current business conditions and their expectations for the future. Most of these businesses (73%) have a turnover of less than R1-million and represent a range of trades and services across the country.

“The Pulse is a great way to measure a segment of the market that is typically under-represented in South African business reports. What is especially exciting is that the average respondent has been in business for between one and five years. Surviving in the difficult market conditions of the past several years reflects their commitment to making their business a success and turning any challenges into growth opportunities,” says Brownell.

The demographics for The Pulse Score in this quarter was like Q4 with the gender split (50/50) and the majority (30%) of respondents falling between the ages of 30 and 39. This signifies just how comparable the recent quarters have been and the cautious optimism these business owners have for their future.

“Those small businesses with more than five employees experienced a greater drop in their score, falling by nine points (compared to the five point decline from those who only have one employee), which reflects the more challenging market environment for slightly larger businesses. However, the entrepreneurial drive and passion from those in the lower employee bracket reflect the importance of positive energy that comes from starting a new business,” he says.

“South Africans are well-known for using obstacles as opportunities to innovate and come up with more efficient ways of doing things. This is an essential trait for small businesses and helps fuel the positivity which contributes to business drive,” he concludes.

The full Yoco Small Business Pulse can be downloaded for free at https://pulse.yoco.co.za/