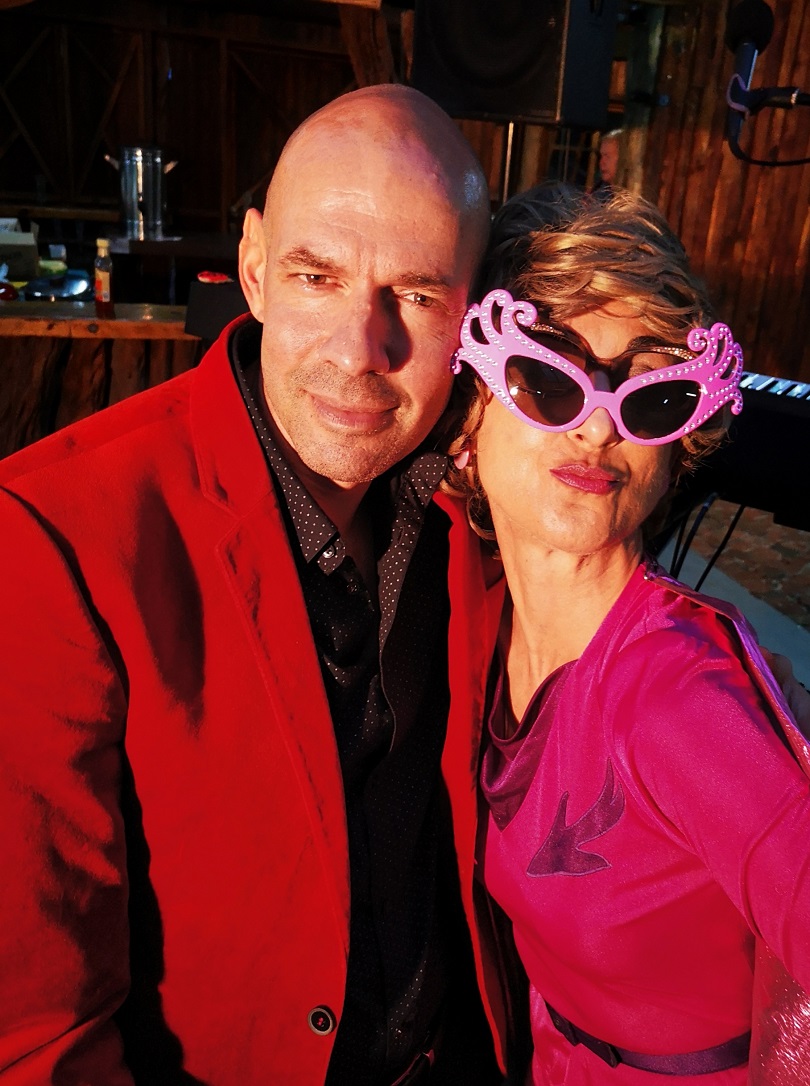 “May the fourth be with you,” was the parting line of the much loved Aunty Ethel and her latest aka, the super hero with her purple heart. 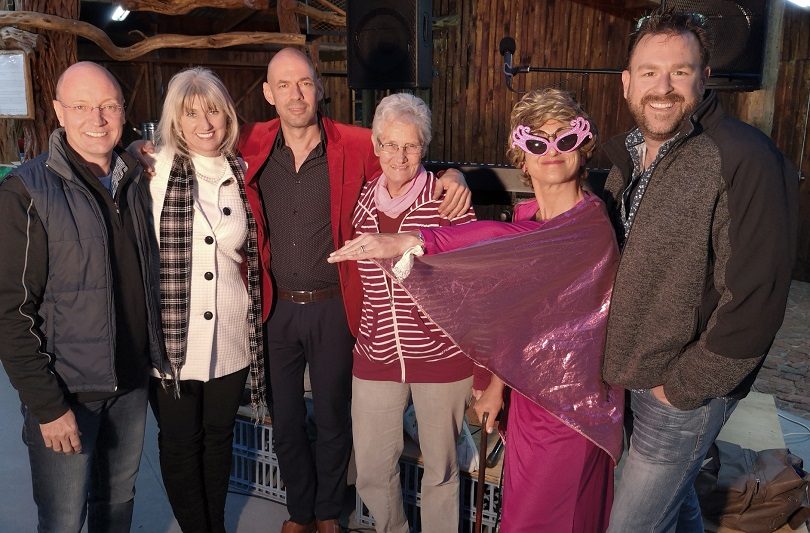 Aunty Ethel is a Garden Route celebrity. This, sometimes sweet and dear old pensioner with her warped sense of humour and an exceptionally sharp nose for news, hails from Mossel Bay.

Aunty Ethel was part of a special show in Sedgefield in aid of the Living Cornerstone Alzheimer Residence on Saturday 5 May. She joined up with the well-known cabaret piano player Emile Minnie and together they put on a super show.

In the light of the smash-hit Avengers: Endgame, which is now the most-tweeted-about movie of all time and the elections, which asks super powers from us all, Ethel thought it was time to showcase her purple heart and appear as the Aged Avenger (or maybe even the Ancient one).

Ethel rocked up in her usual pink and purple paraphanalia, but reappeared in her super hero suit. She took the audience by storm and after informing the audience that she was the wrong colour for any political party, she danced her way out of the Red Roof Scarab Market auditorium with the ever popular Miriam Makeba’s “Pata Pata” an Afro-pop dance song.

Minnie, with his sultry voice and phenomenal piano playing, vowed the audience with his lyrics and humour. His French songs were exceptionally beautiful.

History has it that Minnie’s singing career started with his fist screech when he was born. He put on such a show that the doctor exclaimed, “Wow, the lad has a super pair of lungs,” and that is where it all started.

Known for his delightful style of interaction with his audience, Emile will also be staging his brand new album Ongekende Wêreld. He has been nominated on several occasions for his work and his performances are not to be missed feel good events that will put the bounce back into your step.

On Saturday at Sedgefield the pair of entertainers performed to raise funds for The Living Cornerstone Alzheimer Residence. Founder Gilda Schammell gave a brief account of what Cornerstone does and she also mentioned a few upcoming events in Sedgefield that they would love to invite the community to.

On 18 May there is a Christian Men’s Breakfast at Pili-Pili. This is followed by a Ladies tea on 1 June and a fun Rock-n-Roll with the Cloud Nine Band, both at the Town Hall. Other fun events include a Wheelie Race, walk for Alzheimer’s, Farmers Market Collection and an Open Garden Show on 27 October.

For more details contact Gilda on 044 343 1099 or send an email to info@thelivingornerstone.co.za

CAPTION: The Aged Avenger, Aunty Ethel, a Garden Route Celeb teamed up with well-known cabaret and piano fundi, Emile Minnie to conjour up a performance of sultry music and flame sharp humour at the Red Roof Scarab Market at Sedgefield on Saturday. Photographed at the show were (from left): Dale Engelbrecht (the sound man), Vonnie Veldtman (from the ACVV), Emile Minnie, Gilda Scammell (founder of The Living Cornerstone Alzheimer Residence), Auntie Ethel the Super Aged Avenger and Ian Perryman.  (PHOTO: Denise Lloyd)