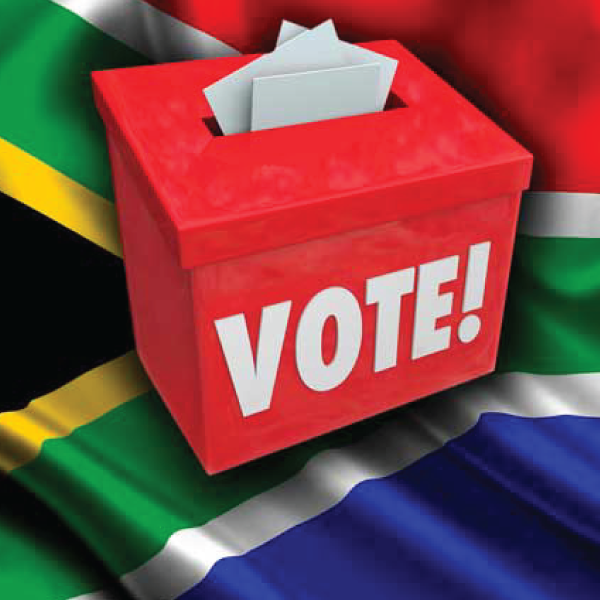 The air that permeates South Africa’s political atmosphere on the brink of the 2019 elections is filled with hesitance. Many South Africans are not sure who to vote for and some doubts if there is any one party that they would like to vote for at all.

It’s hard not to be sympathetic towards this spirit of disenchantment. With lamp pole posters campaigning sentiments like “Keep the Lights On”, “Stop the ANC and EFF” and “Slaan Terug”, one can’t help but feel that this is more of a jousting match than an opportunity to let your voice be heard.

A political election must, at the very least, inspire hope in the hearts of civilians. It’s an opportunity for the people to actively partake in determining the future that they wish for their country, fellow man and themselves. Instead, many feel that this election is just a process of choosing the lesser evil, or sticking with the devil you know.

However, it’s easy to forget that the right to vote should not be taken lightly. “Politicians, on the other hand, should probably be receiving less attention,” says Zane Meyer, Director at Faure & Faure Inc.

“It reminds me of a quote by former US president Ronald Reagan: “Politics is supposed to be the second oldest profession. I have come to realize that it bears a very close resemblance to the first.”

The history of democracy and the right to vote is an intricate one.

The Romans held election campaigns that lasted for 17 to 25 days and began when the magistrate in charge of elections announced the election day. Politicians employed strategies that are not unlike those used today: friendships with those of a higher status, reminding those in your debt that they should repay you with support and recalling favours.

5th century BC Athenians attempted a more direct, hands-on democracy, where everyone had a voice. Important issues were decided at assemblies held four times a month. “The Greeks even introduced payment for attendance to compensate for loss of working time!” says Meyer.

During the Middle Ages, elections were regular occurrences with people electing bishops, popes, abbots, mayors, members of town councils and parliament. There are comparisons that can be made with modern elections: they were often the cause of argument and strife, revolt and rebellion.

The Constitution of the United States of America is regarded as the first formal blueprint for a modern democracy. Initially, though, the Americans enjoyed a restricted franchise – as did the English. The electors were middle-class and male. Only in 1920 was the 19th amendment done to the USA constitution, stating that the right to vote shall not be denied “on account of sex”. In Britain, it was only in 1928 that women were given complete parity with men.

The majority of South Africans were denied the right to vote until the dawn of our new constitutional republic. The first nation-wide, multiracial, democratic elections took place in 1994 and approximately 20 million South Africans partook – an estimated 86% of the population.

“Today, Chapter 2 of the Constitution of the Republic of South Africa incorporates a Bill of Rights. Section 19 thereof defines Political Rights. Amongst these is the right to vote,” Meyer says.

“Even when we are not satisfied with what is on offer, we must never forget that our democratic rights must never be taken for granted. If we don’t like what we’re seeing, then this is the most civilized and effective way to make a difference. If you are not voting for the sake of a party or politician, do so for your own responsibility as a democratic, free citizen.”