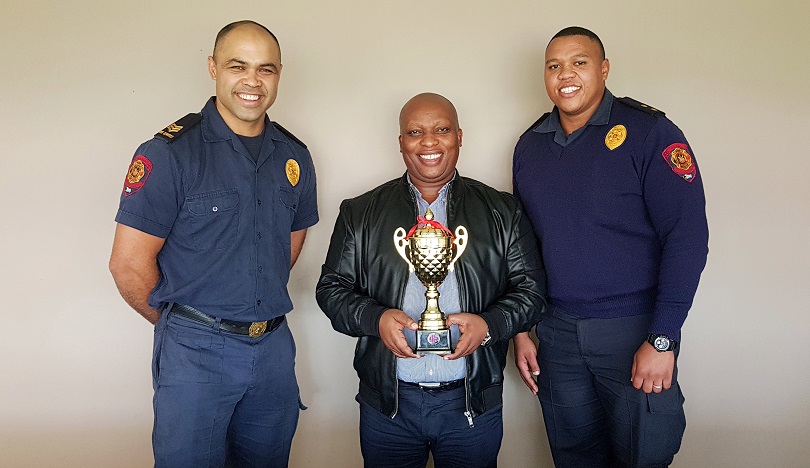 It was once again a glorious occasion for the Garden Route District Municipality (GRDM) Fire Fighters, when they walked away in victory after winning the International Fire Fighters Day (IFFD) Challenge the past weekend. 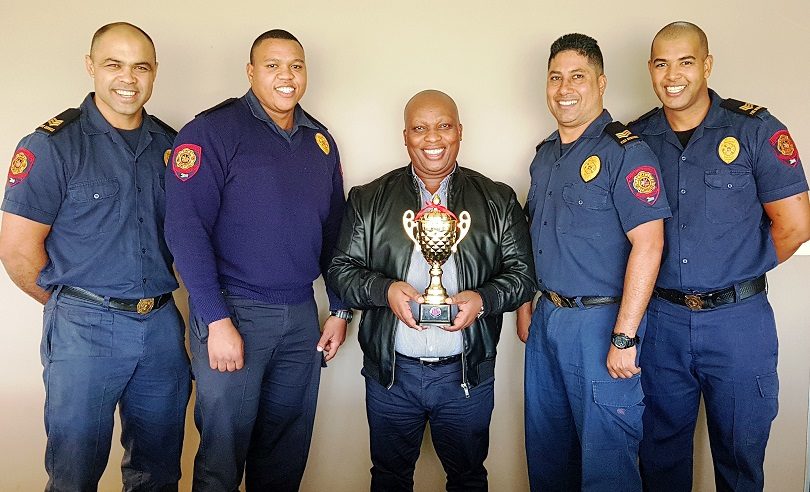 The competition took place in Stellenbosch from 3 to 5 May 2019 and was hosted by the Stellenbosch Municipality at “Die Braak.  This main purpose of the event was to acknowledge the significance of firefighters in the Western Cape Province and it also placed emphasis on the remembrance of fire fighters who lost their lives in the line of duty.

After the Communication Unit of GRDM spoke to the firefighters about their preparation for the competition, it became evident that no competition-focused practice sessions took place prior to the event, as all firefighters have to be fit at all time, to effectively perform their duties on a daily basis.

A team member who participates in competitions of this standard must show outstanding skills such as endurance, determination, to be focused and to have consistent strength.  Participants resembled all these characteristics throughout the six challenges. The format of the event also included a parade through the streets, a ceremony to honor the lives of the fire fighters who passed away in their line of duty and squad drilling to depict the importance of the firefighters in society. Approximately 1500 people attended the event.

Senior Fire fighter, Mr Emile Conrad, is well-known for being the South African Toughest Fire fighter Alive and for his top performance at the all related competitions. For Senior Fire fighter, Mr Edwin Lottering, it was his 9th year of participation in competitions of this nature and therefore his skills and previous experience contributed greatly to their success. For Mr Hein Leslie (team leader), it was a 3rd experience, for Mr Bennie van Vuuren’s, a 3rd and for Mr Armien Bailey a 2nd.  The skill and knowledge of these participants, as well as their level of commitment and strength complemented each other to be able to achieve the outcome of their participation.

When sharing their overall experience of the competition, Mr Conrad said that he drew inspiration from how all firefighters came together to unite for one purpose, but also from seeing how firefighters which are already known to one another due to past competition participation, encouraged and motivated each other.  On the other hand, Mr Bailey highlighted:  “Seeing that I grew up in Stellenbosch, it was a privilege for me to notice that the residents from my home town saw the progress in me as firefighter, as all challenges were firefighting-related – it was indeed encouraging and it kept me going”.

The Garden District Municipality council, management and staff extended messages to the participants before, throughout and after the competition, to share their support with the team members.  Congratulations once again to Heinrich Leslie as team leader, Emile Conrad (crew captain), Edwin Lottering, Armien Bailey and Bennie van Vuuren for making the entire Garden Route district proud!

The South African Toughest Fire Fighter Alive competition is expected to take place in Cape Town from 20 to 21 September 2019 and the GRDM team, if considered, is ready to participate in the competition.