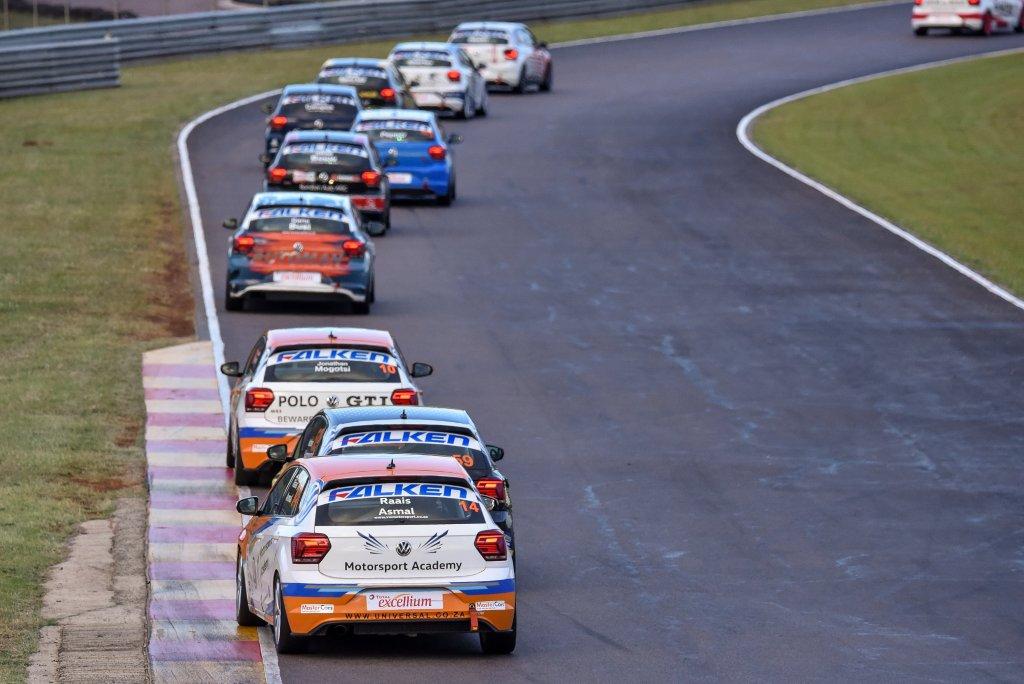 Brian Joss – In golf, they call the third round “moving day” as the one who makes a move on this day will most certainly be in the fight for overall honours.

The same could be said of championship motor racing. When it comes to South Africa’s most competitive racing series the Falken Polo Cup, the man on the move during the first two rounds was defending champion Jeffrey Kruger, but he now has a determined pack of talented drivers breathing down his neck as the series moves to Cape Town’s Killarney Raceway for Round 3 on 10 and 11 May.

The Falken Polo Cup has most definitely lived up to its reputation as the country’s most competitive and exciting racing series after the first two rounds of the 2019 championship with a host of drivers all battling for victory. But no one has tasted victory more than Jeffrey Kruger. The defending champion claimed overall victory at Dezzi Raceway during Round 1, and followed it up with a near perfect weekend at Zwartkops that included two race wins from three starts to go with two fastest laps. The net result is a tally of 73 championship points, or 17 clear of his nearest rival, Bradley Liebenberg.

Liebenberg will once again have a busy weekend in Cape Town as he will continue to contest both the Falken Polo Cup as well as the GTC 2 series. The youngster will try to break Kruger’s winning streak while at the same time trying to maintain his own streak in GTC 2 where he has won every race so far this season. Third on the points table is a former champion in the form of Chris Shorter, the only other driver than Kruger and Liebenberg to have won a race in 2019. The points table is a crowded place with Jason Campos, Clinton Bezuidenhout and Keegan Campos all within striking distance and rounding out the top six.

Volkswagen Motorsport’s own Jonathan Mogotsi currently has 22 points and finds himself in 8th on the points table after a complicated start to the season. The 2016 Driver Search winner however has shown his pace and talent and is very eager to get his title chase back on track in Cape Town.

“As Volkswagen Motorsport we are very happy with the current status of the series, as well as with the role it played over the years,” said Mike Rowe, head of Volkswagen Motorsport. “Volkswagen is all about people and besides the fact that the series continues to provide people and fans with a superb spectacle, it also continues to invest in the future by developing new talent.” This is evident by the fact that previous contenders and former champions continue to make their mark on the international stage like Sheldon van der Linde and Tasmin Pepper who were both in action at Hockenheim in Germany the weekend prior to the Cape Town race.

“The series also continues to grow and attract new partners like Falken and Total who understand the value of the country’s most successful racing formula,” concluded Rowe.

The picturesque Killarney circuit with Table Mountain as a backdrop will now play host to the next chapter in the success story of the Falken Polo Cup. Action will start with all the practice sessions planned for Friday 10 May with qualifying and the two races scheduled for the Saturday.