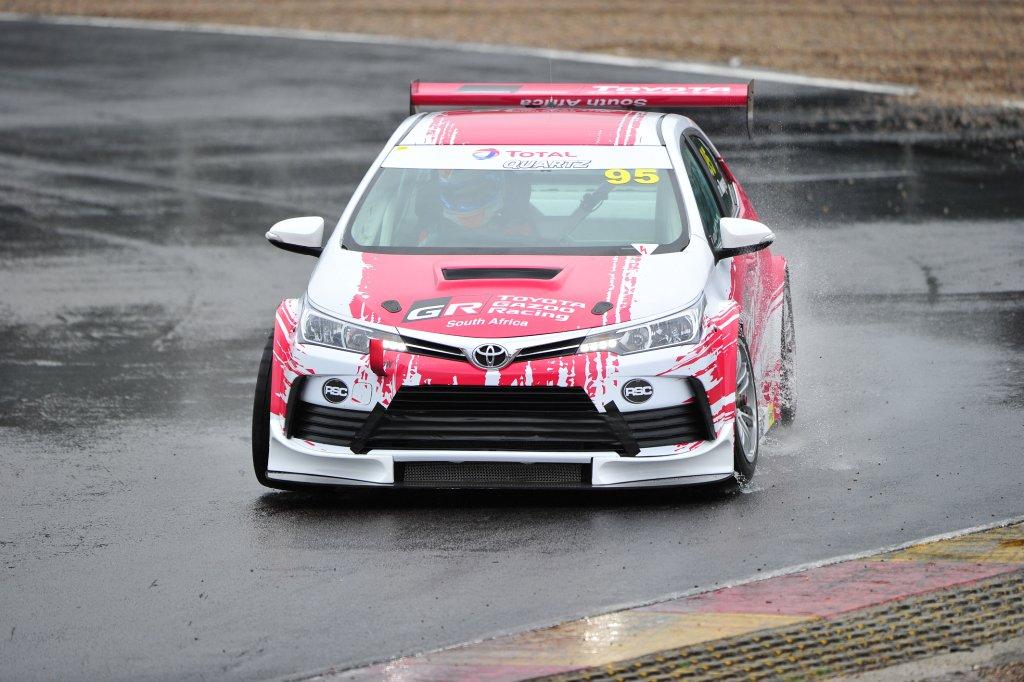 Brian Joss – Despite scoring valuable points in Round 2 of the 2019 GTC Championships, held at the Zwartkops Raceway in  April, Toyota Gazoo Racing SA’s Michael van Rooyen is aiming for a better result as the championship moves to Killarney, in Cape Town, for Round 3.

But bettering his third place overall from Round 2 might prove tricky, after several test sessions rained out prior to the team’s departure from Gauteng, making it difficult to identify and fix the challenges that they had to deal with during the Zwartkops race weekend.

“We struggled a bit with the brake balance on the Toyota Corolla at Zwartkops,” explains Van Rooyen. “We’ve made some changes to the setup for Killarney, but unfortunately the weather played havoc with our test session, and we’ll have to refine things once we get to the Cape.”

Van Rooyen has traditionally enjoyed good results at Killarney, having recorded a podium finish there during 2018. Even so, the competition will be fierce as always, and the Toyota Gazoo Racing SA driver knows he’ll be in for a tough fight.

“If this year’s championship has proved one thing so far, it is that every single point will have to be earned the hard way,” concludes the Rustenburger. “But at least we’re in with a shout at the moment, and if things go our way in Cape Town, we might just move up the leader board a place or two.”

As things stand, Van Rooyen is currently in fourth place in the championship standings with 72 points, just a single point behind Volkswagen’s Daniel Rowe. Keagan Masters (Volkswagen) is on 77 points, while Audi’s Simon Moss currently top the table with 80 points.

Round 3 takes place on 10 and 11 May, at the Killarney Raceway in Cape Town.

The main races will take place this Saturday, as part of the Extreme Festival, which is sponsored by Wingfield Motors for Round 3.