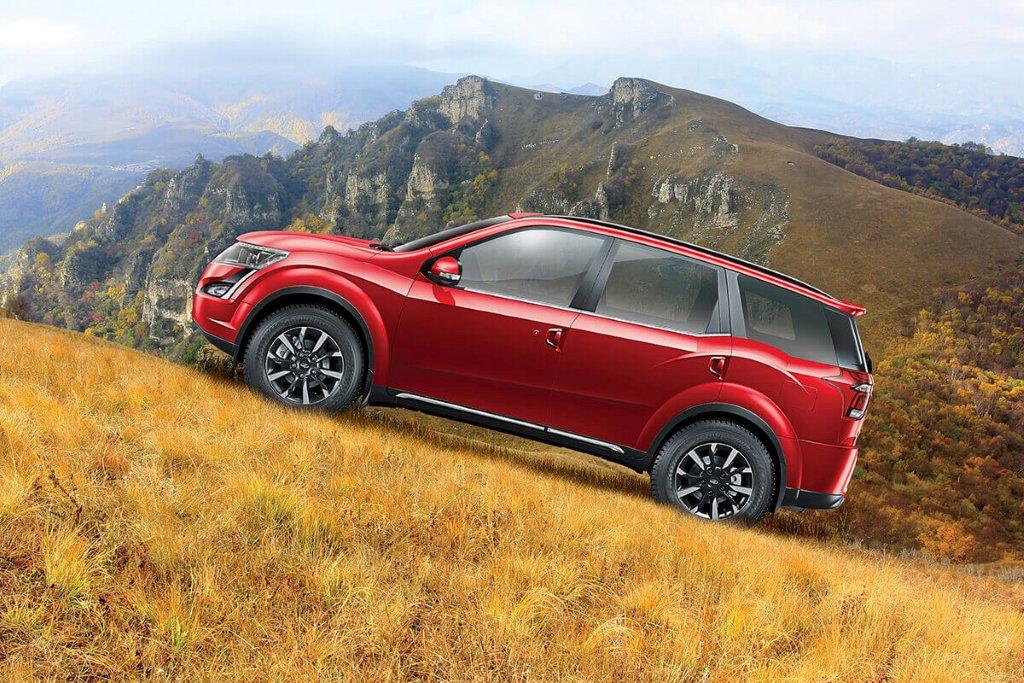 Brian Joss – Mahindra’s on the rise and it’s obvious with the launch of the XUV500. After driving the  “kwerky”  KUV100 (The Gremlin, March 2 ), the XUV is a breath of fresh air.

The SUV is a budget-beater with many features that include a sunroof, keyless entry, electrically controlled driver’s seat, a six-speed automatic transmission mated to the frugal mHawk 2.2 turbodiesel engine which has a fifth-generation turbocharger. There are three variants with different specification levels: the W4, the W6 and the W10, the test vehicle. Making its debut this month is the W3.

The XUV500 was first seen here seven years ago and has been given a few tweaks since. But this is the first major overhaul for the XUV.

A carrot is Mahindra’s finance plan with a guaranteed future value after four years. A company spokesperson said that this offer, combined with the XUV500’s service plan and extended mechanical warranty, will ensure a low monthly cost of ownership throughout the model’s life cycle. The XUV500 has a price tag of R419 999 which is a good buy in this competitive market segment. But check with your dealer.

For starters the front and rear have been restyled. The XUV500 features a  new grille, retaining the 7-slot design with chrome highlights and a larger chrome surround with light-strip daytime running light at the top of the new-look headlamps.  Other touches include extra chrome detailing, a redesigned D-pillar, a new tailgate, combination tail lights and a larger roof-mounted rear spoiler. The reverse camera is fitted into the number plate holder. Other touches are a rear bumper with blacked-out scuff section and dual tail pipes.

The XUV500 is equipped with a 7″ full colour infotainment system, with air conditioning controls or a full climate control system, depending on the model. Fuel use data is on the infotainment scree. The system on the W10 includes a turn-by-turn SatNav with voice prompts. The sound system comes from specialists, Arkamys, and it has Bluetooth hands-free connectivity, USB, picture and video viewing, iPod  and AUX connectivity.  The image on the reverse camera is sharp, too. But dear, oh dear, Mahindra need not have bothered with the red speedometer needle. It is almost invisible. The system also shows how far you are from bumping into the nearest obstacle, the side walls of the garage, for example, starting at 105cm and moving down. According to the Indian carmaker,  the XUV500 has one of the longest lists of standard features in its sector. It offers electric windows and side mirrors which fold and open automatically; a tilt and rake adjustable, multi-functional steering wheel, a remote boot opener and “follow-me-home and lead-me-to vehicle headlamp functionality”, cruise control, rain-sensing wipers and automatic headlights, puddle lamps and fully automatic temperature control. Other nice-to-haves are mobile charging points in the front two rows,  reading lamps for the three rows of seats, tyre pressure and temperature sensors on all tyres. There are foldable second and third row seats. However, moving the third row is not easy as easy as it sounds.

Inside, the cabin is neat. Leather upholstery is standard on the W10 flagship and the seats offer excellent all-round support and for the driver there is a good view of the road.

Although the 2.2 diesel motor packs quite a punch it’s not the speediest Gonzales in town.  it delivers 103 kW and 330 Nm of torque from 1 600 to 2 800 rpm and it is surprisingly frugal. The ride is also soft and comfortable thanks to the revised suspension which has also improved handling. Cabin noise too, is minimal. The Mahindra XUV500 does sound a bit rough when you press the start/stop button. But once you hit cruising speed it’s easy driving. Press the accelerator and the response is excellent and even at the legal limit, there is more than enough oomph to overtake safely. The six-speed autobox was smooth, although occasionally there was some “hunting”. There’s a switch on the side of the gear lever if you want to change to manual. But if you have an automatic gearbox why would you want to?  Besides, it does a lot to relieve the stress in the jam-packed roads.

The Mahindra XUV500 has 96 litres of boot space, so not all that much, although enough for a luggage set or a month’s shopping. But with the two back row seats folded flat there’s a lot more space and with careful  planning you could load a mountain bike or the kitchen sink if you need to. The XUV500 has six airbags, ABS with EBD and an electronic stability system,  hill hold and hill-descent control.

There are not many brands today that give any indication of the model you are driving, and it’s irritating when there are up to 12 variants and more in a range. But the Indians wear their hearts on their sleeves.  The Mahindra is clearly marked on the rear and you can tell at a glance if it is a W6 or a W10.

The diesel is frugal and in a town and country cycle, up hills and down dales and some heavy traffic I recorded figures of just over 7litres/100km and if you keep  a light foot on the pedal the 70 litre tank should give you a range of 600 kilometres. At one stage I also had a full load of passengers and some of them weren’t small. All of them were happily accommodated with enough head and leg room for each one.

There’s a lot to like about the Mahindra XUV500 W10. The improved styling is a plus; the interior is much neater, a lot storage space in the cabin; it’s a comfortable cruiser, equally at home on the long and winding road as it is on the city streets, where surprisingly, for its size, it’s easy to park in smaller spaces. The comprehensive spec list includes several features not available in other marques that cost R65 000 more than the XUV500.