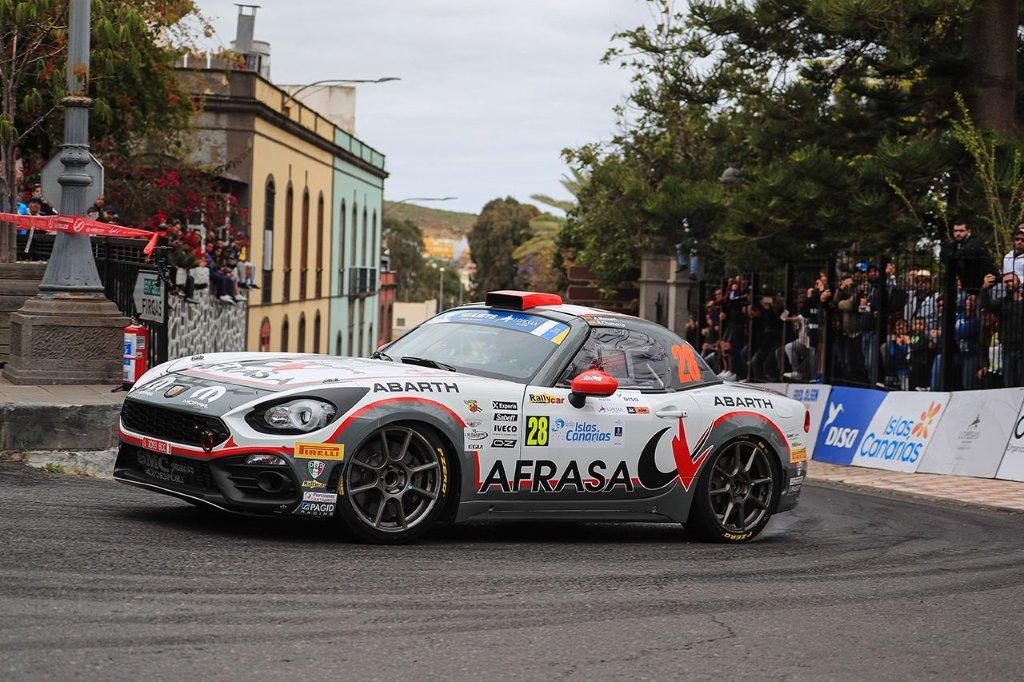 Brian Joss – The Spanish drivers dominated the second race of the European ERC2 Championship and the first race of the  Abarth Rally Cup, the Abarth 124 rally championship.

Alberto Monarri (SPA), with Alberto Chamorro (SPA), driving the Team SMC Junior Motorsport’s Abarth 124 rally  won the RC2 and R-GT category in the Islas Canarias Rally, beating his  compatriots and teammates Carlos Garcia Perez (SPA) and Jordi Diaz Negrin (SPA) at the end of a race that saw them in the front of the rank. The two Spanish pilots conquered the 16° place overall and they stood out in the two motor wheels class. Thanks to this success Monarri now leads the ranks of the Abarth Rally Cup of the European Championship ERC2 and the 2 wheels drive of the Spanish rally Championships’ ones, of which he is now the leader.

Third place for the Polish Dariusz Polonski and Lukasz Sitek, fourth place for the Italians Andrea Nucita and Michele Ferrara, they were caught by a technical difficulty in the first stage of the race. In the second day Nucita tried to perform a comeback, obtaining a good performance in the faster special stages characterized by a high spectacular race, which caught the public’s eye.

Alberto Monarri (SPA): “I’m enthusiastic about this victory in the Spanish race of the championship. The public inspired me in both races. The 2019 version of the Abarth 124 rally is more performance oriented and makes it easier to get great times on every kind of course.”

Carlos Garcia Perez (SPA): “These are the streets on which I began to race and I’m very happy about the result and amazed by the Abarth 124 Rally’s performance, which I was driving for the first time”.

Dariusz Polonski (POL): “r I went off-road in the first stage, which slowed me down a lot, in the second one I concentrated on learning to drive this extraordinary car. An experience that will be useful in the next championship’s races.”

Andrea Nucita (ITA): “The beginning of the race was difficult and in the second part I think I showed the car’s competitiveness, which in the past two seasons gave me much satisfaction.”

The next appointment in the Abarth Rally Cup is the Liepāja Rally in Latvia from May 24 to May 26, where the Abarth 124s will race on gravel.