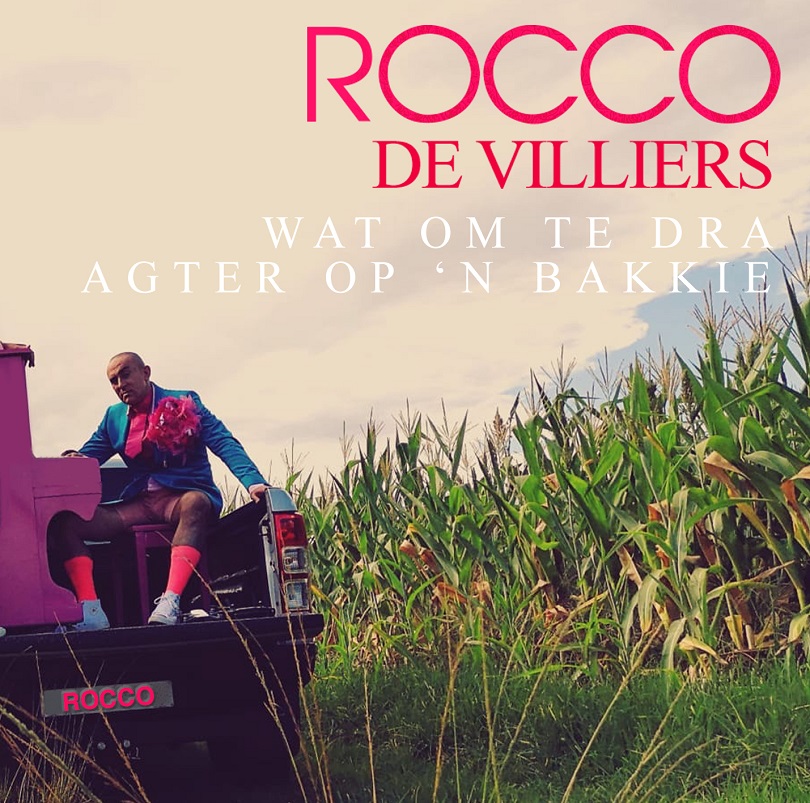 The video with the amusing title, has two purposes. “It’s actually based on a true story about when I had to travel on the back of a bakkie after a concert, in my outfit, when my car broke down. Recently I also watched two films about the life of two iconic stage artists from the past decade. BEHIND THE CANDELABRA, showing the life of the most flamboyant and successful pianist in world history, Liberace and the second film, BOHEMIAN RHAPSODY, the true story about the musical genius, Freddy Mercury. This video is my tribute to these two icons. That explains the crown and the furcoat, both which these artists used in their shows and made them famous,” explains Rocco.

The video was shot in Muldersdrift just out of Johannesburg. “I feel the scene fits perfectly with my leather shoes and kakie – and the landscape is truly South African. The outfits and the process gets more and more “wow” as we move up the mountain. What’s the moral of this story? Just be yourself and you’ll find it easier to reach greater heights!,” he added.

The single and video, WAT OM TE DRA AGTER OP ‘N BAKKIE, comes from Rocco’s latest album, kortbroek, langkouse, released in 2018. The album was produced by Murray Lubbe from The Hit Factory. This is Rocco’s fourteenth instrumental album and continue to build on his unique style and compositions that he is famous for.