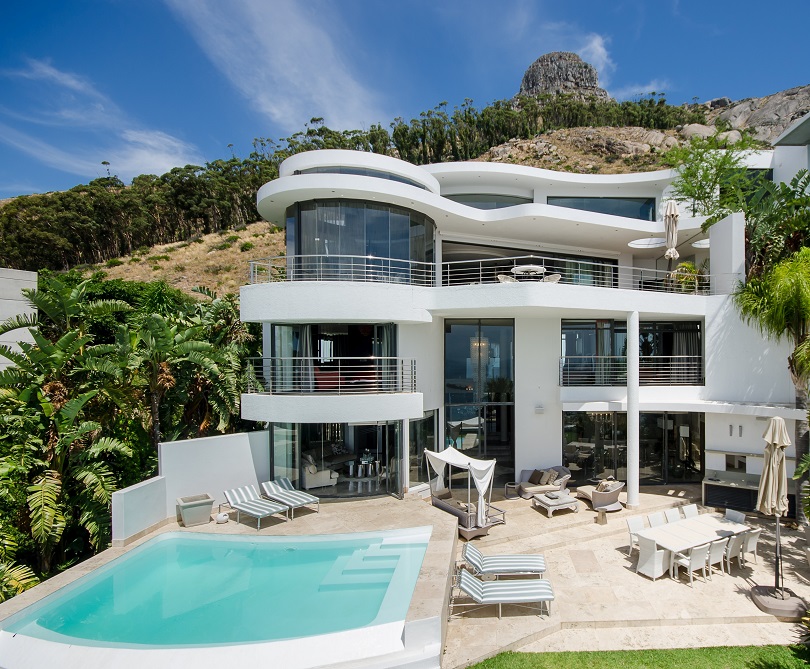 The generally market-friendly election outcome will in all likelihood create a degree of certainty and stability and go some way towards addressing the issues currently affecting  confidence in the South African economy – and as a consequence have a positive effect on the South African residential property market, says Dr Andrew Golding, chief executive of the Pam Golding Property group.

‘’Furthermore, as illustrated via the Pam Golding Residential Property Index (attached), since 1994 we have consistently seen an acceleration in house price growth in the months after a general election.

“While It is anticipated that, in the wake of the favourable election outcome, the residential property market will rebound, in reality, any significant recovery is only likely to materialise in the later stages of the year after the seasonally quiet winter months.

“Furthermore, while It is fair to say that the post-election environment is likely to be better for the property market generally, a number of specific questions arise, including how the land reform question will play out in terms of policy amendments or variations and also whether or not other market-friendly reforms are introduced.

“It is also worth noting that casting a general market view over the entire market is often not necessarily advisable or accurate – as different provinces, regions, cities and sectors perform differently. For example, there is a shortage of accommodation for students and retirement developments in different parts of the country. As a result, activity is likely to be brisk in these market sectors despite the subdued conditions in the broader national housing market.”

Dr Golding says looking ahead, with household incomes likely to remain under pressure in the short term – with continued petrol price hikes (including the introduction of a carbon tax in June) – and with a large percentage of renters and buyers coming to the market for the first time, the lower end of the market is likely to continue to hold up well relative to other sectors of the market. Smaller sectional title properties will also perform better as a result since this sector is often favoured by students, first-time buyers and down-scalers.

“These sectors of the market would also be those that would benefit most from a rebound or turnaround in the economy. First-time buyers are typically most sensitive to prevailing economic conditions and are a strong potential source of demand for the market. In areas where market price corrections have improved the perceived affordability of a property, it seems time on the market is declining and buyers are showing a willingness to purchase.

“For example, Cape Town remains the country’s top-performing market. The Mother City is seen as a truly global city with a growing international profile and long-term appeal, while technological innovations such as fibre optic connectivity are placing it on a par with its international counterparts. It is also becoming a hub for corporate accommodation as international blue-chip companies have set up office in areas such as the V&A Waterfront.

“This is a micro market because of its unique geography with world-class scenery including mountains and a pristine coastline, plus its location ensures limited availability. Cape Town house prices continued to grow strongly in recent years, even as the rest of the South African housing market cooled in response to the tepid economic growth rate. This was in part due to the semigration trend which saw people move to the Cape. As this trend naturally slowed, this prompted a correction in Cape Town house prices, in turn resulting in buyers seeing value return to this market across all sectors”.

Affirms Basil Moraitis, Pam Golding Properties area manager on the Western Cape Atlantic Seaboard: “In Cape Town, the City Bowl and Atlantic Seaboard were the first to see a correction in house prices – the first in the last 20 years – undoubtedly because these had risen the most in these areas. Now that prices in these areas have adjusted, these suburbs may well be the first to show signs of a turnaround as buyers perceive renewed value in this sought-after market.

“This has also presented a significant opportunity for the savvy buyer who wishes to acquire a strategic asset on the Atlantic Seaboard.

“An impressive list of sales each over the R20 million mark and concluded by Pam Golding Properties in the last few months, clearly demonstrates the confidence placed in this market by the astute buyer, but also reconfirms the desirable lifestyle offering. It is clear that those who are waiting on the side lines might miss the current opportunity.

“An indication of renewed activity in these areas is that between June 2018 and April 2019, we have concluded numerous sales in the top-end luxury market in excess of R20 million. These are in suburbs such as Camps Bay, Clifton, Bakoven, Fresnaye and Mouille Point, and include sales for R22 million, R27.5 million, R28 million (three separate sales), R30.5 million, R32 million, R36 million, R37 million and R38 million.”

Says Dr Golding: “Over and above this, at the top end of the market and during March and April, in Cape Town’s Bishopscourt suburb alone we have also concluded four sales to the total value of close to R100 million, while in other Western Cape locations, including the Boland and Overberg, areas such as Franschhoek and Paarl have even experienced  foreign interest, and Onrus has experienced considerable interest in general since the start of the year. Closer to Cape Town, Durbanville and Welgemoed have seen interest in the top end, while we recently sold homes for R7.995 million and R7.75 million in the Durbanville suburbs of Vierlanden and Proteaville – the highest prices achieved for these suburbs.”

Dr Golding says at the same time, it makes sense that Gauteng and KwaZulu-Natal would recover before the Western Cape, as these markets have been well-balanced for several years now, so already reflect current prevailing economic conditions. On a further positive note, Gauteng appears to be experiencing an influx of younger, potential buyers and rental tenants attracted by this major economic hub.

Adds Dr Golding: “In Johannesburg East, in recent months a number of sellers, mainly in the price bands around R2.7 million and R4.5 million mark are choosing to rent instead.

Dexter Leite, Pam Golding Properties rentals manager in the Cape Town metro, says while the residential rental market has been slower this year, it also remains relatively stable, with micro-areas and pockets of activity in high-demand areas being the exception.  “Although considerable rental stock has come to market, we have also let much of this stock. Properties that were well-priced and in demand have been let.

“The Atlantic Seaboard and City Bowl in particular has also had to deal with an influx of investors entering the Airbnb market during recent years, many of which then find their way onto the long-term rental market, especially after the seasonal summer demand has abated. In addition, some of these ‘short-term’ investment properties have not had the desired short-term uptake and as a consequence have tended to migrate onto the long-term market, further adding to the inventory.”

Leite says coupled with this, during the past three or so years a large number of new-build residential development units have been brought to market. “These units tend to let quickly, in preference to the older stock in the various target or high-demand areas, with their traction based on being new and modern, and part of a ‘lifestyle’ development with good security, and with the older units adding to the pool of available stock. As a result, these new developments tend to bring large swathes of stock to market simultaneously, causing an oversupply for periods of time.

“Despite this, between September 2018 and February this year (2019) we have successfully let 100 plus new-build development units in the Obs Court development in Observatory and in The Yacht Club adjacent to the V&A Waterfront, in addition to other new-build units in various smaller developments.

“In the current market, the best perceived value property invariably lets first, so it’s best to be guided by established, area specialist rental agents on pricing.

“Rental options also provide flexibility as you are not compelled to sell your home before relocating. Going forward, growth in the economy and improved sentiment will no doubt augur positively in the buy-to-let investor context,” concludes Leite.

For home buyers, Dr Golding adds some sound advice: “Buying opportunities abound in the current market, with some capitalising on the medium and long-term benefits offered through buying in a new development which includes features such as excellent security, lifestyle, energy-saving and ‘green’ features such as grey water recycling, heat pumps, modern design and the ability to buy now and pay later, as well as prices which are VAT inclusive with no transfer duty payable.