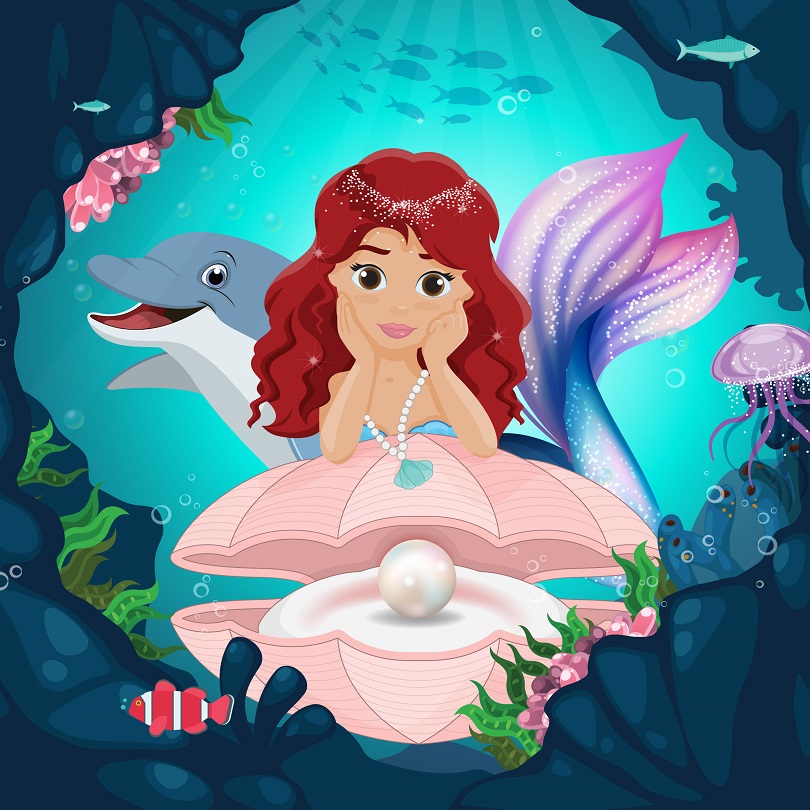 Cape Town, 14 May 2019 – Wondering what to do with the kids on a cold wet day these winter holidays?  Look no further than a watery adventure under the sea with an adaptation of Hans Christian Andersen’s tale of The Little Mermaid.  The captivating story of curiosity, friendship and love that crosses all borders, will feature a stand out cast, magnificent costumes, breath-taking sets and charmed puppets that will thrill the whole family in a magical musical makeover at this year’s Canal Walk Theatre.

Taking place in the Canal Walk Theatre from Saturday 15th June to Sunday 7th July 2019, a portion of the proceeds will be donated to the Santa Shoebox Project as part of Canal Walk’s corporate social responsibility.  The Santa Shoebox Project provides toys, toiletries, clothing, sweet treats and school supplies to underprivileged children. With over 2430 requests from organisations across South Africa and Namibia to the Project, theatregoers will be playing their part in making sure that they spread a little love and happiness to those in need.

Fred Abrahamse and Marcel Meyer have once again come up trumps with a noteworthy production for which, they have composed the music and lyrics, as well as directed.  The pair have often commented on how important their winter theatre productions are in encouraging tomorrow’s loyal theatre audience.  With this production, the very young and those who are more mature, will be spirited away on a watery adventure with Alexis Petersen as the eponymous mermaid. Miss Petersen was most recently seen onstage in David Kramer’s hit musical Langarm at the Fugard Theatre.

Recently returning to South Africa from a sell-out world tour of with Andrew Lloyd Webber’s classic musical Evita, Cindy-Ann Abrahams will play the deliciously, villainous Sea Witch, while Fleur du Cap Award winner, Edith Plaatjies will grace the stage in the role of the Dowager Queen. Apart from being a sought-after vocalist, Miss Plaatjies’ many theatre credits include her award-winning turn in King Kong at the Fugard and Mandela Trilogy at the Artscape Opera House.

The role of the Mermaid’s father, The King, falls to Marcel Meyer who has just picked up a Best Actor nomination at the Naledi Theatre Awards in Gauteng for his portrayal of Shakespeare’s Macbeth.

Canal Walk Shopping Centre Marketing Manager, Vanessa Herbst cannot wait: “I say this every year, but our theatre offering is definitely one of the key highlights – for me and the centre – and this year, with the addition of the Santa Shoebox to our beneficiaries, it is even more special. Each year we stage these productions, the attendance grows – testament to the calibre of the productions and performances from all involved, which is good news for the future of theatre as a whole.  In 2019, we expect similar.”

Speaking on behalf of the Santa Shoebox Project, CEO Deb Zelezniak said: “We are overwhelmed by the support Canal Walk has given the Project and we can’t wait to bring some of our beneficiary children to watch the Little Mermaid. We would like to thank the audiences for their contributions and hope they will enjoy this production as much as we do.”

Celebrate Christmas in July this Mandela Day by packing Santa Shoeboxes at Canal Walk for the Santa Shoebox Project. If you are keen to get involved on 18 July by either volunteering your time, or donating items or money, please email mandeladay@santashoebox.org.za.

Ticket Price – R100 per person or family packages for families of 4 or more – Book at Computicket,