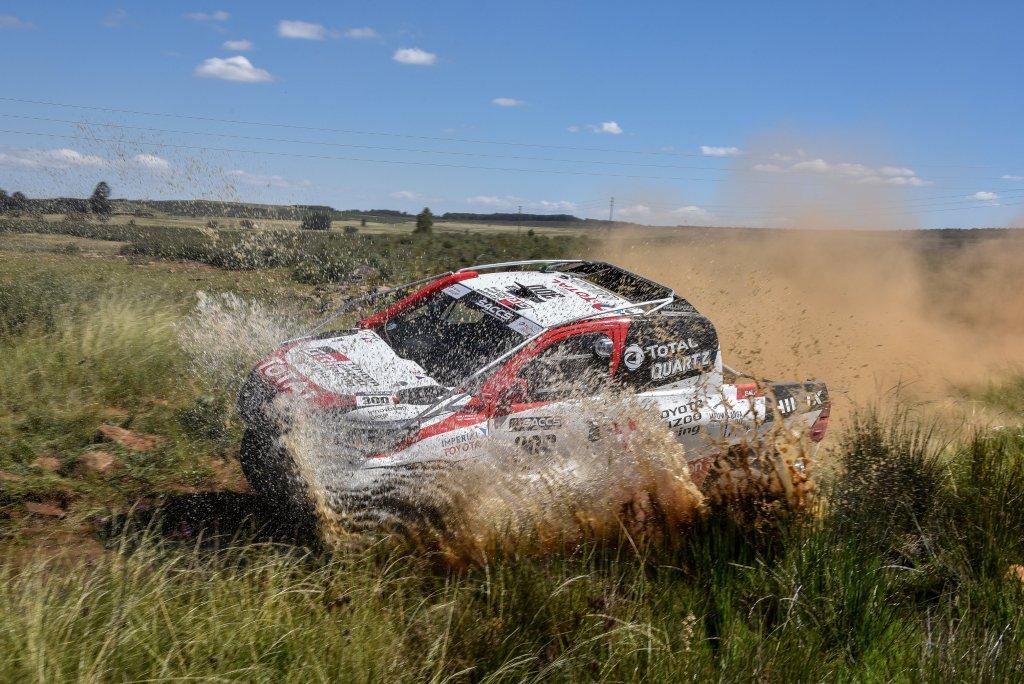 Brian Joss – The South African Cross-Country Series (SACCS) will travel to the KwaZulu-Natal town of Winterton, in the foothills of the mighty Drakensberg, for round 2 of the 2019 championship this weekend. With a first and second place in the bag on Round 1, held during March this year, the team will be aiming to build on their early success.

“We certainly had a strong start to the season,” says Toyota Gazoo Racing SA Team Principal, Glyn Hall. “But Winterton will bring challenges of its own, and we’ll just have to take it as it comes.”

In addition to facing all-new terrain for Round 2, the team also find themselves up against the clock, as they have to prepare a brand-new car for Giniel de Villiers and navigator Dennis Murphy for this race.

“We’ve sent two cars off to Kazakhstan, where both Nasser Al Attiyah and Bernhard ten Brinke will be competing in the latest IMA version of the Toyota Hilux, under the Toyota Gazoo Racing SA banner,” explains Hall. “In addition to that, we have some more international commitments, so the technical crews have been working around the clock to get everything ready.”

Despite the pressure of preparing the cars for Winterton, Toyota Gazoo Racing SA will also be using the race to test a number of new developments on the Dakar-winning Class FIA Toyota Hilux.

“We’re putting some major upgrades into play for round 2 of the championship,” continues Hall. “These are aimed at improving the dynamic performance of the car, and includes refinements to the chassis and suspension that will be deployed on both Henk and Giniel’s cars.”

Shameer Variawa will also be racing with a number of upgrades to his Class FIA Toyota Hilux, and will be hoping for a better result than at Round 1, where they were forced to retire after getting stuck in a mud pit.

“We found the Toyota Hilux surprisingly easy to drive fast,” says former champion Variawa. “Unfortunately, things didn’t quite work out in our favour in Dullstroom for Round 1, but we’ve done a regional race in the meantime, and feel even more comfortable in the car now.”

De Villiers/Murphy proved themselves the early favourites for the 2019 championship but will be facing an increasing threat from teammates Henk Lategan and Brett Cummings. The latter pairing race together for the first time at Round 1, winning the qualifying race and clearly showing their intent – only to play second fiddle to their older, more experienced teammates during the main event.

In Class T of the championship, brothers Johan and Werner Horn failed to score meaningful points on the opening round – possibly due to the infamous ‘sponsors’ curse’ – as Malalane Toyota were the title sponsors of the opening round. The pair finished fourth in class, and will be hoping to set their championship straight in KwaZulu-Natal this weekend.

The Berg 400, as the race is officially known, gets under way with a 64 km-long qualifying race on Friday, 17 May, at 12:30. The main race follows at 07:30 on Saturday morning, with the DSP and Race HQ situated at the Waffle Hut, on the R600 south of Winterton.

CAPTION: Getting down and dirty in Mpumalanga. Picture: Motorpress