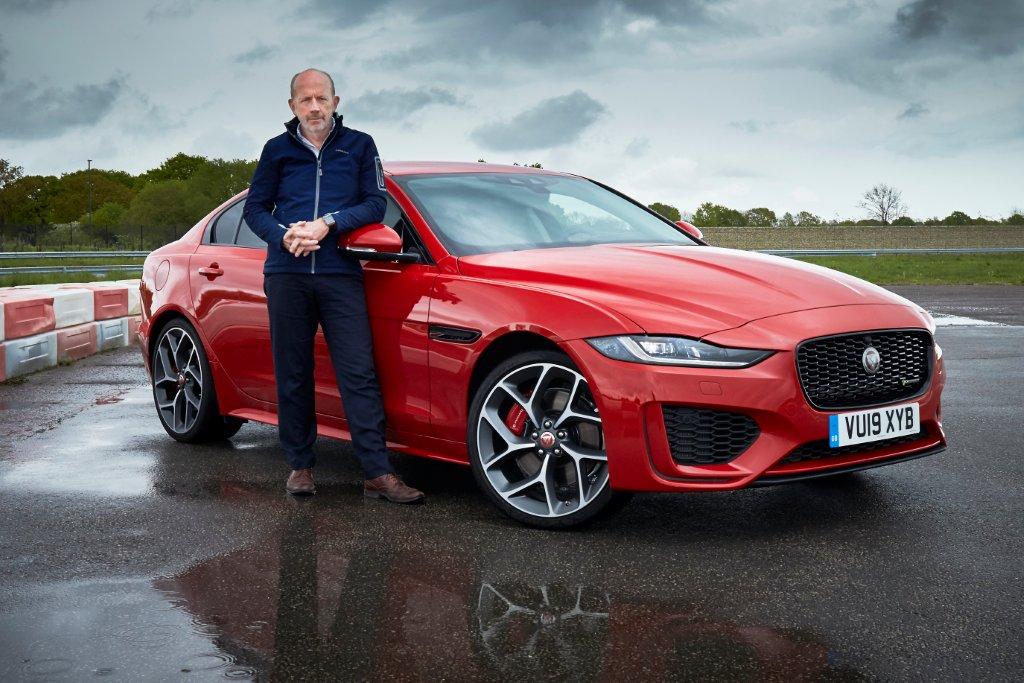 Described by Sir Jackie Stewart as “the best driver outside motor racing”, Cross’s expertise has been crucial in developing the outstanding driving capabilities of a diverse array of models in the Jaguar and Land Rover line-ups. From the go-anywhere capability and usability of the Land Rover Discovery, to the refinement and ultimate luxury of a Range Rover or the pin-sharp handling of the Jaguar XE 300 Sport, Cross’s challenge is to imbue each and every one with unique driving characteristics that have global appeal.

Professor Dr  Ralf Speth, Jaguar Land Rover CEO, said: “Mike has been an absolutely integral part of the global success of Jaguar Land Rover. With a deep-rooted passion for driving – not to mention a seemingly limitless depth of talent – Mike has helped us to develop some of the most admired cars in the world. Experiencing Mike’s creativity first-hand is extremely special; not only is he enormously fast behind the wheel but he drives with a level of precision and safety that places him almost in a class of his own.

“The cars Mike has helped us develop are critically acclaimed in the media and consistently praised by our customers the world over. He has worked to ensure our Land Rover products are as peerless on-road as they are off-road, he’s developed one of the world’s finest luxury products in Range Rover and he’s ensured the Jaguar brand consistently produces the sharpest handling cars in their respective classes.

“We’re extremely grateful for everything Mike has achieved and hope to have his technical excellence with us for a long time yet.”

Under Cross’s guidance, not only has the Land Rover brand retained its position as the ultimate off-road car, it has also grown enormously to take on new segments. He has played a hand in the development and engineering of the Range Rover Evoque, Land Rover Discovery Sport, Range Rover Velar and plug-in hybrid models such as the Range Rover and Range Rover Sport P400e.

The Chief Engineer, Vehicle Integrity, said: “It’s always been a given that Land Rovers had to be good off-road, but what we have really focused on is making Land Rovers great to drive on-road, too. The Discovery 3 was the first Land Rover I worked on, and since then we’ve worked to make every other model in the range as comfortable, refined and capable.”

Likewise, Jaguar has evolved on Cross’s watch into a brand well known for impeccable handling. He oversaw the driving characteristics of Jaguar’s first SUV, the F-PACE, fine-tuned the handling of its latest iconic sports car, the F-TYPE, harnesses the performance of its ‘R’ performance models, including XFR, and honed the dynamics of the first all-electric Jaguar, the I-PACE.

Cross said: “Out of all the Jaguar cars I’ve worked on, one of my favourites was the Jaguar XFR. We were going head-to-head with models that were previously thought to be unbeatable, and all of a sudden the XFR was winning magazine group tests against the likes of BMW, Audi and Mercedes.”

Mark Tisshaw, Autocar Editor, said: “Mike Cross has brought not just the market’s highest standards but a level of extraordinary consistency to the way Jaguars and Land Rovers drive. Almost every new Jaguar or Land Rover product has become the best or – at the least – one of the best for ride, handling, steering and that hard-to-define word, feel. Whether it’s the involving dynamic package of a Jaguar saloon or the refined ride of a Range Rover, Mike’s genius lies behind it.”

Mike  said: “It’s a fantastic honour to receive an award like this, especially from Britain’s oldest car magazine. I’ve had some fantastic mentors in my working life, including the great Sir Jackie Stewart and the ever-talented Richard Parry-Jones, all of whom have helped me to where I am today.

“I’ve also been lucky enough to drive some incredible machinery over the years, all of which have – in their own way – shaped my opinions on driving dynamics. Day-to-day I ride a number of Ducati superbikes, which constantly remind me of the thrill in unadulterated speed but, almost at the opposite end of the scale, the beautifully agile chassis of the Ford Escort Mexico is enough to place it at the very top of my list of favourite cars.

“I must give much of the credit for this award to the talented team of people that work alongside me in designing and engineering Jaguar Land Rover models from the ground up. It’s an enormous undertaking, requiring gargantuan effort and talent from everyone involved. So, thank you to Autocar, and thank you to the thousands of engineers and designers in Gaydon who each make my job that much easier.

“I’ve had many highlights in my life, from driving a Formula 1 car, to tackling the Mille Miglia but receiving this award is a memory I’ll treasure for a very long time.”