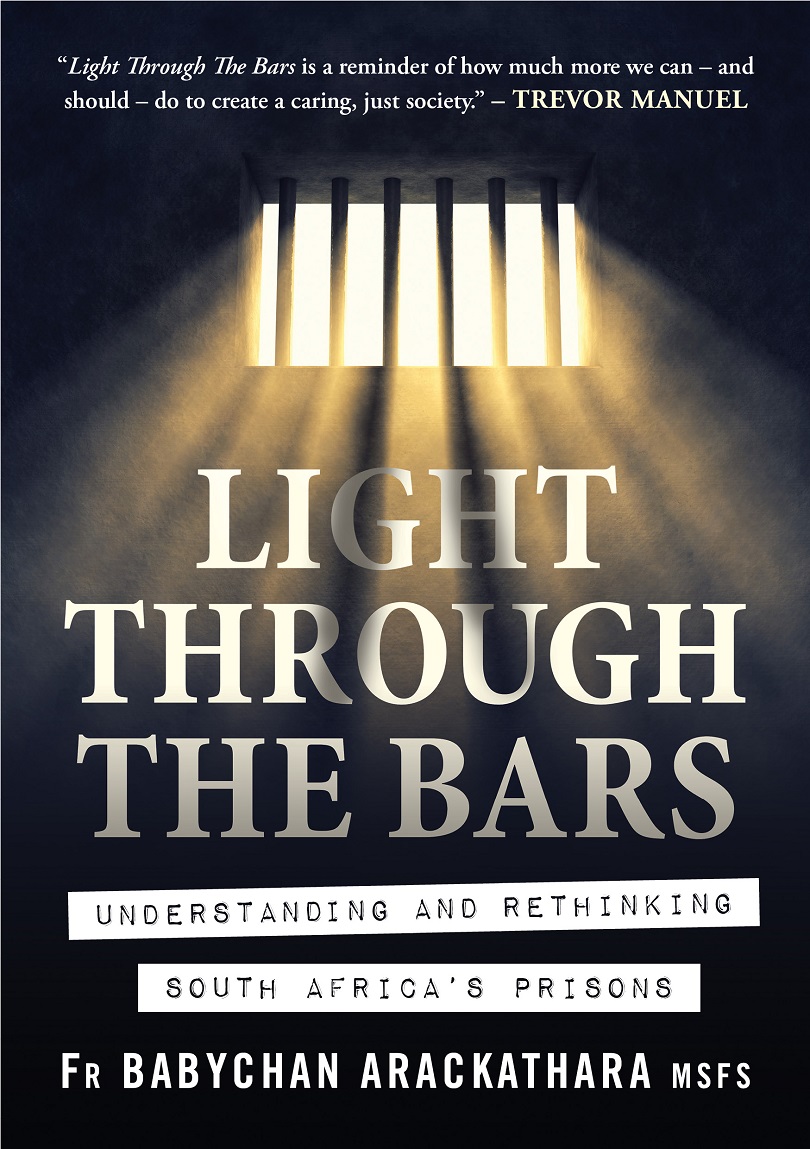 Fr Arackathara (Missionaries of St Francois de Sales) who has been a Catholic chaplain working at some of the Western Cape’s most notorious prisons for the past 20 years has gained rare insight into the lives of offenders and has some concrete suggestions that will help to heal the brokenness of the communities and to repair society’s broken people – offenders who have called places like Pollsmoor home.

Unlike many men of the cloth who believe that just by preaching the Word of God it will change lives for the better. Not so with Arackathara who knows that throwing away the key and leaving the offenders to their own devices in prison is not the answer. Tackling the causes is the way to go.

We should start by loving the criminal and understand that they are victims themselves, because of circumstances and the society they live in, advocates Arackathara.  Many of the inmates are from dysfunctional families who live in crime and gang-infested communities. In the final chapters, Taking Action and The Next Steps respectively Arackathara argues that if we accept the biblical injunction that we are “our brother’s keeper”,  we may be halfway there. We can’t just lock them up and throw away the key; we have to accept that we are all in this together. Although the State must serve the needs of justice in the country and shoulder the bulk of the financing and infrastructure, correctional service officers and inmates should try to improve the toxic atmosphere that pervades the prisons and make positive choices to move towards reform. The ultimate reward is reintegration into society.

The State, says Arackathara, should not focus on punishment of offenders, but protection of society in general. Make everyone safer and the department should re-evaluate its performance in line with the Correctional Service Act. The chaplain is saying that everyone should treat each other with respect, Correctional Services should promote human rights, even inmates who have committed the most horrendous crimes, deserve some kind of acknowledgement that they exist as a person.

Arackathara believes that the Criminal Law Amendment Act needs an overhaul or replacing; the bail system should be reviewed and the DoCS should allow independent oversight, although the Judicial Inspectorate for Correctional Services is responsible for this task, the chaplain doesn’t  think it is independent enough when it comes to monitoring and reporting on the treatment of inmates and the conditions in the prisons. Other suggestions are: provide education for inmates, separate different categories of offenders, and, acknowledge the problem of gangs and deal with it effectively. The Next Steps summarises all the suggestions that the chaplain makes. Many of them are self-evident and easily carried out if there is the political will.

Gangs in prison also come under Arackathara’s microscope and it will be an eye-opener for those who don’t know how the “numbers” operate.

Interspersed between the pages of the Light Through The Bars are stories by the inmates which include murderers, drug-mules, drug addicts, fraudsters; gangsters of every shade and hue, and first-time offenders who, if they had the correct intervention may not have found themselves in prison. Most  have one thing in common – dysfunctional families. They all show remorse, and the common thread is …”if only”. And many of them have gone from zero to hero, much of it because of Arackathara’s influence.

In the foreword, Trevor Manuel, former finance minister, writes, that Light Through The Bars is a reminder of how much more – we can – and should do to create a caring, just society.

Light Through The Bars is a well-considered book, devoid of any sensationalism.  Fr Arackathara has been involved in restorative justice and reintegration interventions and has trained and empowered prison chaplains across the African continent.

The book should be required reading for NGOs involved in crime prevention and rehabilitation and for members of the justice department and correctional services.