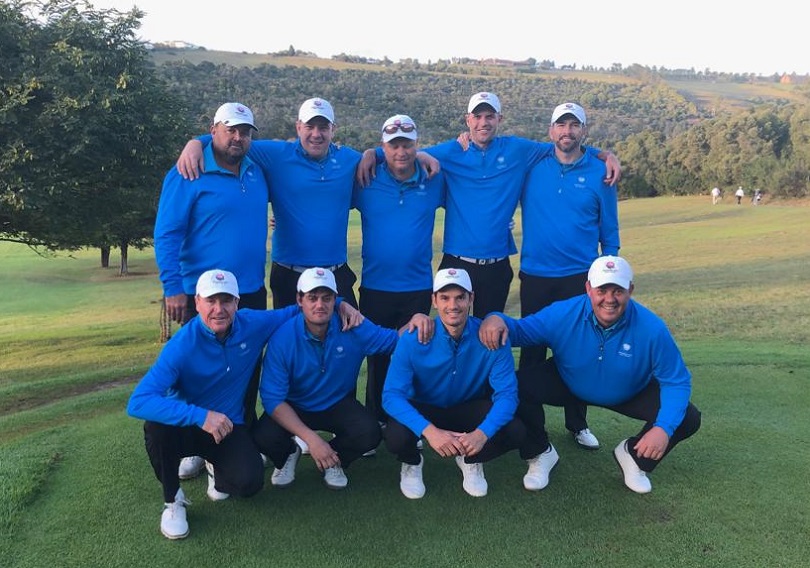 PLETTENBERG BAY, 16 May 2019 – An epic clash for A-Division glory is on the cards in Friday’s final round between defending champions North West and log-leaders KwaZulu-Natal, while the battle for promotion in the 2019 SA Country Districts is also heading to a thrilling climax at Plettenberg Bay Country Club.

It will be all to play for when unbeaten KwaZulu-Natal and North West face each other in the title fight after last year’s winners routed Free State in the fourth round.

The teams are tied on six points each, but KwaZulu-Natal retained the top spot in the log with the smallest of margins…. 25.5 games points, just half a games point more than the 2018 champions have after their 8.5 – 3.5 win on Thursday.

North West will know going into the final battle that KwaZulu-Natal’s tiny advantage could make all the difference if the two sides should draw.

Last year’s B-Section winners defeated Limpopo 7.5 – 4.5 and pushed their games point tally to 16.5, giving the side a slender lead of 2 games points into their final round tussle with Free State.

Southern Cape not only have beat Eastern Province with a large margin to win the promotion battle on Friday; they also need Mpumalanga to knock log leaders Boland off their perch if they hope to seal the coveted A-Section spot.

The local favourites bounced back from a third round loss to Boland with a convincing 8.5 – 3.5 win against Border and moved into a tie for second with Mpumalanga, who handed Eastern Province an 8 – 4 drubbing.

Both teams will take 2 points and 21 games points into the last day, but if Boland beats Mpumalanga in their final round showdown, it’s game over.

A draw between Boland and Mpumalanga will not be enough to give the home crowd reason to cheer, either, as Boland will start the match with 26 games points in hand.

And Southern Cape will have a fight on their hands, as Eastern Province also have an incentive to come out guns blazing after three successive losses left them at the bottom of the log.

PHOTO: Southern Cape have an outside chance to win the promotion battle after a convincing fourth round victory in the SA Country Districts at Plettenberg Bay Country Club; credit GolfRSA.