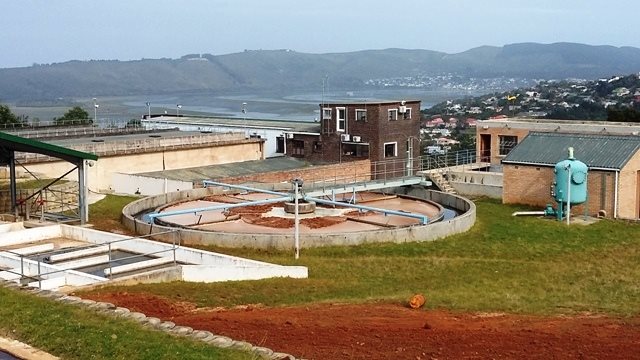 SANParks continues to test the quality of water through deepwater sampling. Results show all deepwater channel sites have low ecoli levels, except for the Ashmead and Thesen Island inlet which are non-compliant.

The Garden Route District Municipality’s intervention with the Knysna Municipality of finding the source of oil pollution which affected the Waste Water Treatment Works (WWTW) is ongoing although oil was reduced considerably in the system subsequent to the introduction of an enzyme-oil-eating bacteria. Letters requesting restaurants to provide proof of their oil and fat disposal mechanisms were completed. Recent oil and grease tests show a  drastic decrease in levels at the Municipality’s WWTW. The Municipality also removed residual oil and grease in sumps. This has brought on a subsequent recovery of the WWTW so that its functioning has improved.

A positive move by the Municipality is the replacement of screens at the WWTW. This is important to retain solids that might cause blockages in the system and will further improve the functioning of the system. All clarifiers have recently been restored to operation.

Although functioning of the WWTW has improved significantly, the works is subject to disturbance from any new pollutants that may enter, which may lead to subsequent pollution of the Knysna estuary. Such pollutants include those found recently in the system such as blood, dye and oil. Citizens and businesses are requested not to dispose unwanted substances and materials into the sewerage system.. The “polluter pays” principle will be enacted in such cases.

Authorities will convene a workshop within the next week to identify and understand pollutants – and their sources – going into the system from the Industrial area which could land in the estuary.

The Garden Route District Municipality continues to take ecoli samples at 14 points around the Knysna estuary. Results are posted on the Knysna Municipality’s website.