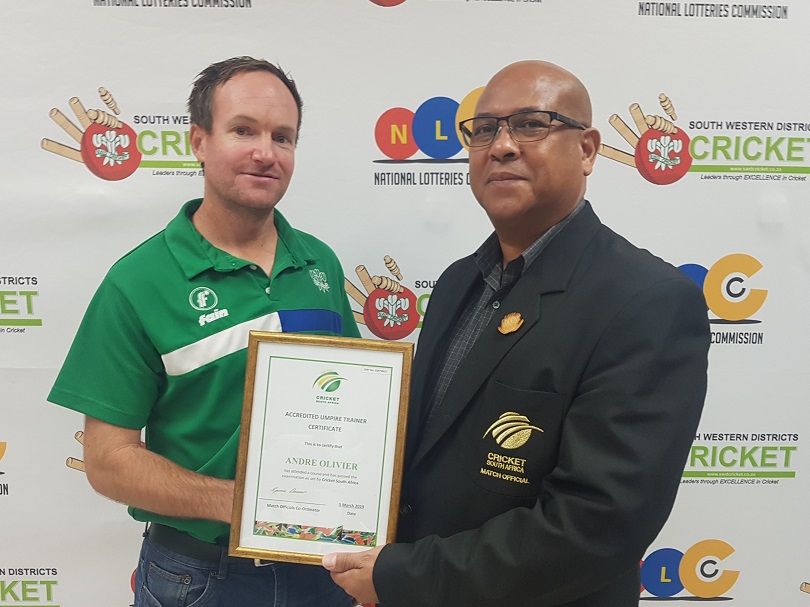 SWD’s top cricket umpire, André Olivier was honored with a Special Merit Award at the Annual Awards function of the SWD Cricket Umpires Association that was held in Oudtshoorn on Saturday.

Olivier, who umpire since 2014 obtained his level III qualification in 2015.  During the past season he officiated in the SA Tertiary A week, Coca Cola Khaya Majola week, Cricket SA u/19 franchise cubs week,  CSA Senior Rural week and recently the Momentum National Club Championships.  His biggest achievement was when he was appointed as the best umpire at the recent national club championships that was held in April.

In 2019 he also qualified as an accredited Cricket South Africa Umpire trainer.