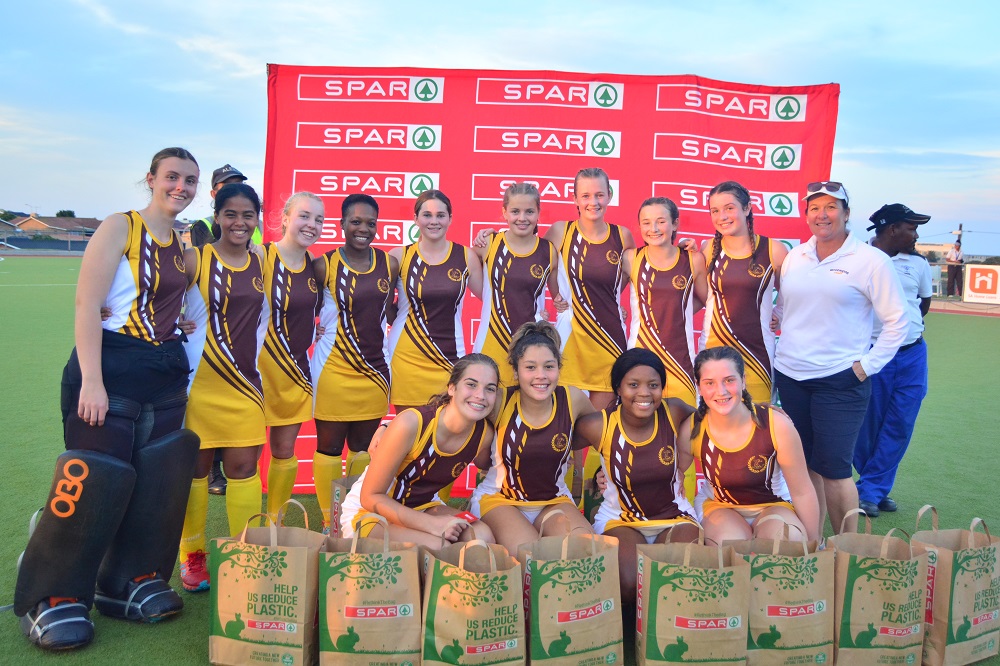 Woodridge withstood plenty of pressure to defeat Collegiate 1-0 in a thrilling finish to the PE Central leg of the SPAR Eastern Cape Schoolgirls Hockey Challenge at Alexander Road in Port Elizabeth on Sunday.

In doing so, the Thornhill school regained the title they won in 2017 and will represent the region in the provincial finals to be played at Collegiate in PE on July 27 and 28.

Collegiate, who were the inaugural provincial champions in 2016, made sure there was no easy route to victory for Woodridge.

They piled on the pressure by forcing four penalty corners in the 20-minute match, but the opposing defence stood firm each time.

Woodridge, on the other hand, were able to convert their only penalty corner after some interplay inside the circle. The goal came with three minutes left and they worked hard for the remaining time to keep Collegiate at bay.

Winning captain Edith Molikoe was delighted with the result, but paid tribute to Collegiate’s efforts.

“We came into the game knowing it was going to be a tough match,” she said. “It was all about the mentality in the end because your bodies get tired and you really have to put your mind to it and just push through.

“It’s a dream to win the SPAR Challenge for the second time and I was really excited when we managed to get the goal.”

She added that the annual tournament played a big part in their hockey programme.

“Obviously we have our league programme, but this is different because it’s 20 minutes of intense hockey against friends you have made.

“It brings people together and you always get to meet more players and make new friends. It’s all about having fun within the hockey family.

“We are now looking forward to the provincial finals to play against the other regional winners. That is a hard weekend, but it all helps to improve schoolgirls hockey.”

In King William’s Town, Queenstown Girls’ High (GHS) ended a run of success by Kingsridge in the East London Inland leg to win the title for the first time.

Tournament director Bev Forword said they had another wonderful day, which was hosted by Kingsridge.

“They went all out to make it a success and teams travelled from Aliwal North, Burgersdorp and Queenstown for the fourth edition,” she said.

“The final was a repeat of last year’s match between Kingsridge and GHS and it was a tough encounter in conditions of 30C.”

She added that the game went down to a penalty shootout after a goalless draw at the end of 20 minutes.

“The teams were level after the first round and it went to sudden-death, with GHS taking the honours.”

Kingsridge had won the previous three editions of the regional tournament.

GHS team manager Nicolette Stone said they were delighted to win the title for the first time since its inception.

“The girls look forward to this tournament every year,” she added. “It is fiercely contested and the girls appreciate the chance to measure their skills against other schools.

“The positive atmosphere and vibe are always infectious and the day is thoroughly enjoyed by the girls, coaches and parents.

“The prizes are very generous and Caryn Goodman is most grateful for the Fain hockey stick which she was fortunate to win in a lucky draw.”

Woodridge and GHS will join the other regional winners DSG and Clarendon Girls’ High at the provincial finals in July.

The last regional qualifier in George will be played on Saturday.