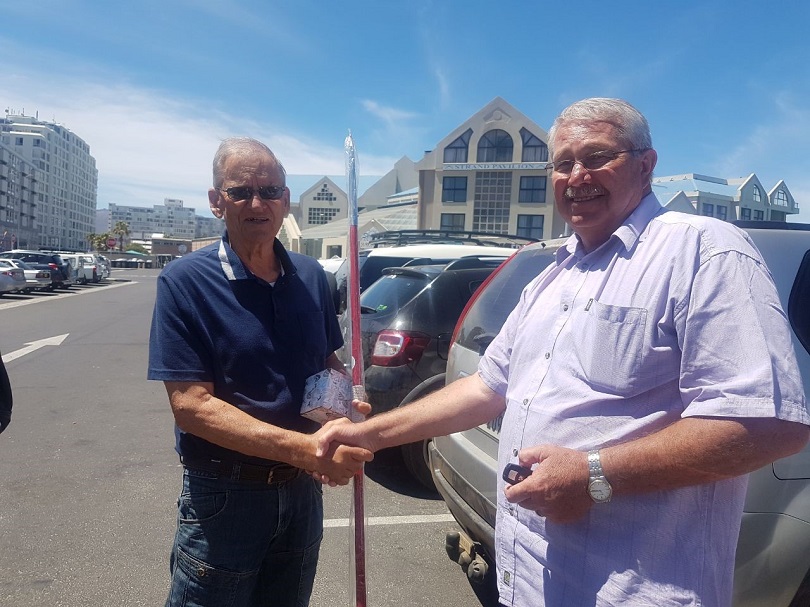 Johan Roos (80) from Bellville, Cape Town received a heart transplant 20 years ago at Groote Schuur Hospital after being declared terminally ill. This year, Johan hopes to compete in the World Transplant Games in Newcastle, United Kingdom. 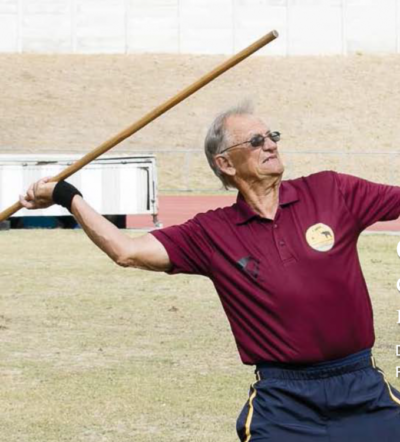 At the age of 60, Johan was diagnosed with Cardiomyopathy, declared terminally ill and given approximately 11 months to live. With no medical aid he was referred to Groote Schuur Hospital where he was placed on a waiting list for a heart transplant that would save his life.

Before receiving his transplant, Johan’s heart stopped beating twice and he had to be resuscitated by means of electrical shock.

“I was never sure whether I would survive the next day – hour – minute. Death was my constant companion. But I woke up on the 7th of November 1999 with my new heart, I realized at that moment I had been given a second chance at life.” – says Johan.

This August Johan has been invited to join 60 South Africans at the World Transplant Games in Newcastle, the United Kingdom to honor the individual, who through an unselfish act of becoming an organ donor, posthumously donated his heart, so Johan could have a second chance at life. 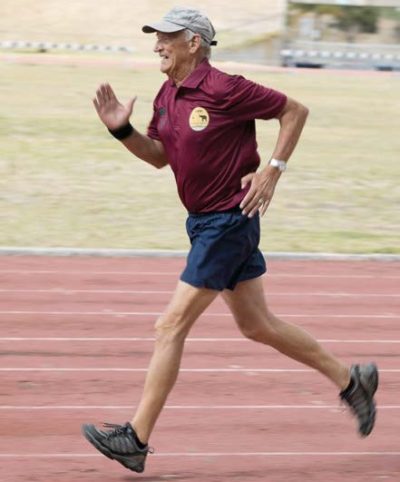 At the event, Transplantees from more than 60 countries participate in various field and track events. Similar to the Olympics, other events such as golf, swimming, cycling, and tennis are also included.

Johan will be participating in Discus, Javelin, Shot Put, Throw Ball and Pétanque. He will also make history as one of the oldest participants to compete in the games.

“I am probably the first 80-year old transplant patient in the world to compete in these games.  It is of great significance for South Africa where the first heart transplant was done” – says Johan

As a State Pensioner Johan is dependent on donations to bear the costs of the trip to the World Transplant Games.  For this he has created a campaign for donations based on the crowdfunding platform, BackaBuddy, to help cover his traveling costs, accommodation, registration, Visa fees, and clothing.

“I want to be living proof of the progress medical science has made, not to only extend man’s life in a way it is worth living, but to demonstrate the improved quality of life after a transplant. In this way, I also show my gratitude to donors and to promote awareness of organ donation. I hope my community will support my BackaBuddy campaign” – says Johan

Johan’s campaign went live on 3 March 2019 and has thus far raised R5141.00 towards his trip, which will be managed and administered by BackaBuddy and transferred directly to SATSA.

“I am campaigning to realize a dream: That I could represent my country on an international basis and show the world that we are still a leading country in combatting heart and other diseases, to raise awareness of the importance to donate organs, thereby saving the lives of many people desperately in need of a second and better life. I hope the public will support my BackaBuddy campaign to make this new dream come true.” – says Johan

Johan Roos accompanied by Gert Kruger, a kind supporter who donated a javelin and shotput for Johan to use at the Games.