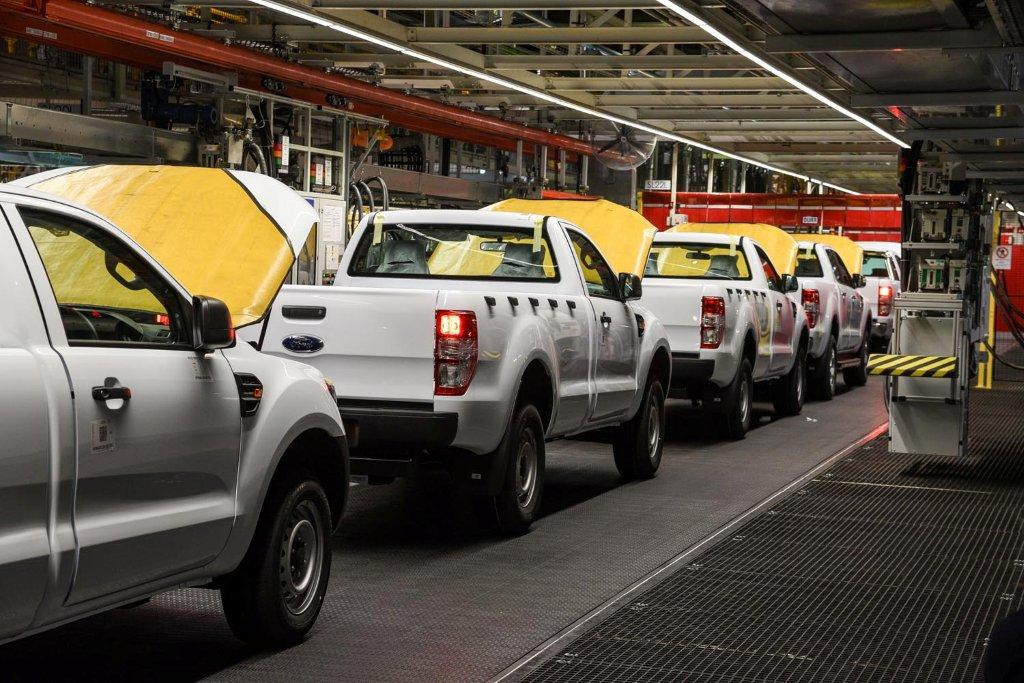 However, it’s not all doom and gloom for the automotive sector. According to the latest new vehicle sales statistics* released by the National Association of Automobile Manufacturers of South Africa (NAAMSA), export sales continue to perform exceptionally well.

NAAMSA predicts that the momentum of vehicle exports over the second half of the year should increase further, and industry export sales for the year could reach close to 400,000 units, compared to the record 351,139 vehicles exported last year.

Ford Motor Company of Southern Africa believes that the expansion of already thriving export programmes for locally built vehicles holds immense potential for job creation, and an opportunity for long-term sustainability of the sector. However, ENCA reported that Ford was planning to shed 7 000 jobs.

“While domestic vehicle sales are an essential component of business for us, I believe that the real success and sustainability of the original equipment manufacturing (OEM) sector as a whole, relies on expansion of South Africa’s global export opportunities,” says Neale Hill, Managing Director of Ford Motor Company of Southern and Sub-Saharan Africa.

“Over the past two years, we have invested over R3-billion to expand the production capacities of our Silverton Assembly Plant in Pretoria and our Struandale Engine Plant in Port Elizabeth, to meet the growing international demand for our Ford Ranger,” he continues. “We have carefully and strategically mapped our revenue pipeline to target exports and drive export-oriented growth.”

Currently, two-thirds of Ford SA’s total vehicle production is exported to 148 global markets, including Europe, the Middle East, and Africa.

“Around 400 vehicles leave our Silverton plant each day, destined for local dealers or shipment around the world via 15 to 20 vessels a month,” says Hill. “Up until recently, all incoming and outbound Ford vehicles were shipped through Durban harbour’s Roll On Roll Off terminal. However, this facility has become increasingly congested, so we have adopted a multi-port strategy. We now also ship Rangers to European markets through Port Elizabeth’s harbour, to support our increased export volumes, in order to improve efficiencies and shorten delivery times.”

The Ranger is one of South Africa’s top vehicle exports, with volumes reaching an all-time high of 68,364 units in 2018. The bulk of these were destined for EU markets, with Ford of Europe notching up a final tally of 51,500 sales in the 20 traditional EU markets, which represented a gain of 15.7 per cent from the corresponding month the previous year.

“Ranger just proves what we – as Ford, and the OEM sector – are capable of,” says Hill. “Where some might see obstacles, others see opportunities.

Admittedly we’ve got a long way to go before we’re able to fully realise the vision we have for this industry, and the country. But I do believe with good leadership and continued expansion of our export programmes, we’re on an exciting trajectory – for both business and the economy at large.”