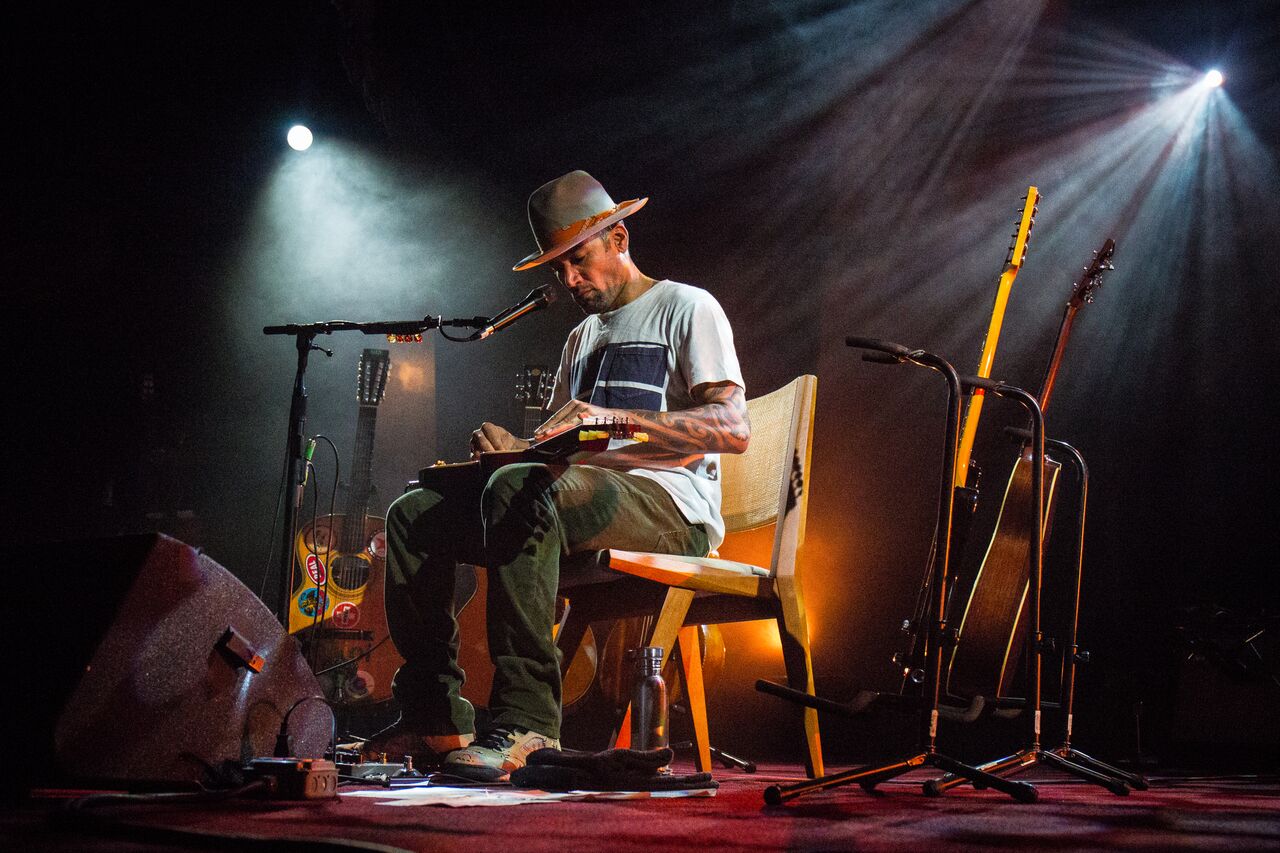 The Jack Mantis Band will join Ben Harper and the Soweto Gospel Choir in Cape Town on 4 June at the Grand Arena, GrandWest and Auriol Hays will share the stage with Harper and the choir in Pretoria on 6 June at the Sun Arena Time Square in Menlyn.

Tickets for Ben Harper Live in SA available from howler.co.za/BenHarper from R195.

About the Jack Mantis Band:

Formed in Cape Town in 2007, their music speaks of adventure, travel, humanity, struggles and triumph. Having focused most of their attention on the United States and Europe, it is a rare and special moment when they gather to step onto a South African stage.

Currently wrapping up a largely sold out, 52-date tour across Germany in support of the Sailing Conductors film release for “Blown Away” (officially selected for the Ocean Film Festival 2019), Jack is shooting back to home shores to share the stage with American singer-songwriter Ben Harper in Cape Town. He’ll be returning to Europe the very next day to complete the next 95-date tour.

Between touring, Jack has been sailing and filming collaborative music videos across the globe for the last six years with the Sailing Conductors from Germany. Their first release for the song ‘Radiate’ was filmed in seven countries, featuring 20 musicians.

With a history steeped in music and a lifetime spent gaining insight and wisdom the world over, Mantis brings something truly generous to his performances. A sense of common humanity and togetherness. The brotherhood between band members and the sincere heart expressed through their music is tangible. It is undeniable that their vision is to create a conscious shift through their music and to hold a space for meaningful, shared experiences.

“If we can facilitate a small shift from within our fans, and always be a positive influence to our listeners, then we have the greatest job we ever could have wished for.” – Jack Mantis

Authentic and sincere are two words that best describe Auriol Hays‘  musicality. Blessed with a powerful, sultry, thick-as-molasses voice, she has performed at the Montreux Jazz festival in Switzerland, graced the stages of the National Arts Festival on more than one occasion, as well as the Lusito Land Festival, and opened with the Gauteng Big Band at the Standard Bank Jazz Festival.  In addition to this, she stages intimate shows where she can convey the message that drives all her performances: awareness through music.

She is one of Artscape’s ambassadors and part of an international delegation seeking to create capacity for the youth, thereby enabling them to interact meaningfully within the arts. The project is a collaborative venture between South Africa, Zambia and France.

Socially conscious, Hays’ composition, ‘A Million years‘, penned by Lionel Bastos, was used to create awareness around Alzheimer’s. Auriol Hays is the ambassador for The Living Cornerstone Alzheimer’s Residences. In addition to TLC Alzheimer’s Residences, she is the proud brand ambassador for three other NGOs – LifeLine, Help2read which is dedicated to child literacy, and Masikhule Child, that assists in educating and developing the needs of both women and children within marginalised communities.

Auriol Hays is no mere jazz singer. She is a musical storyteller, a sonorous shaman, and a songwriter above all else, whose musical and emotive range is influenced by a plethora of sounds. She is set to release her fifth musical release, TENtation, in early January.

Auriol Hays will be opening for Ben Harper on 6 June in Pretoria.

Soweto Gospel Choir is an international treasure. Since their formation in 2002, they have brought joy to people around the globe and shared the stage with some of the biggest names in music, including U2, Stevie Wonder, Robert Plant, Celine Dion, Red Hot Chili Peppers, Josh Groban and the late Aretha Franklin. They have received more accolades than any other choir in the world and it is almost impossible to imagine a more soulful match than Ben Harper, who grew up on a heavy diet of gospel, folk and blues. Both share a history of moving and inspiring audiences across the world with powerful music and mesmerising showmanship. June will mark only the second home-soil concert performance of Soweto Gospel Choir since their third Grammy win, making it a must-see opportunity for fans, before they leave SA shores again in July.

Soweto Gospel Choir is known for the incredible energy and spirit the members bring to their music, as they fill the stage with their vibrant costumes, incredible vocals and songs that uplift and raise audiences to their feet.

The Soweto Gospel Choir will perform in Cape Town and Pretoria as special guests of Ben Harper.

Beginning with his 1994 debut, Welcome To The Cruel World, Harper released a string of eight studio albums over a decade and a half. This extraordinary run, featuring contributions from the Innocent Criminals, established him as a singularly powerful songwriter and performer with range across multiple genres and an unmatched ability to blend the personal and political.

Massive, international, sold-out tours, Top 10 debuts in the US, gold and platinum certifications internationally, and a slew of TV appearances cemented Harper’s status as a genuine, global star.

Get your tickets for the Ben Harper Live in SA tour today from howler.co.za/BenHarper.